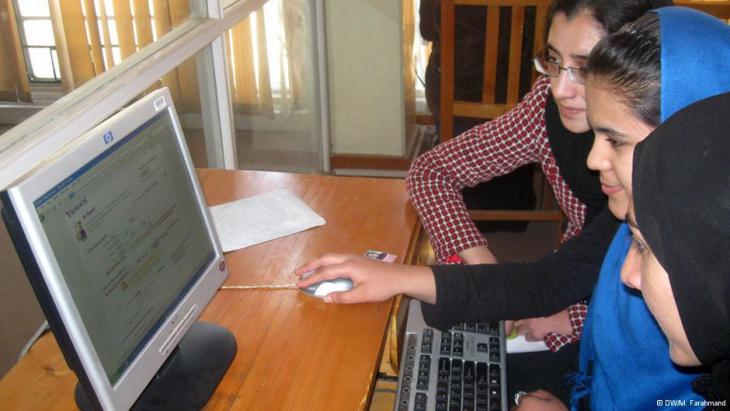 Education for Progress in Afghanistan

The Afghan higher education system has undergone considerable improvement since the end of the Taliban regime in 2001. German scholarships aim to promote and continue this development. Background information from Waslat Hasrat-Nazimi

A rundown building, with ripped out windows and pipes. The tiles have been knocked out, there are dusty, empty shelves with no books, and bullet holes in the walls: These are the images that remain, to this day, in the memory of Dorothea Rüland, Secretary General of the German Academic Exchange Service (DAAD). When she visited Kabul University in Afghanistan for the first time in the year 2002, she was shocked: "The university was still standing, but it had been totally gutted," she says.

There was no equipment for the students. It was a similar picture across the country. There were around six universities, each one as squalid as the next. At the time, the DAAD was commissioned, together with a German-Afghan specialist delegation, to help rebuild Afghanistan's system of higher education. 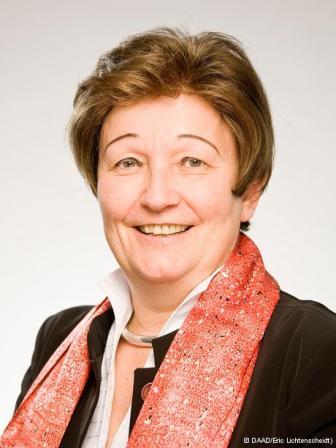 Positive change in Afghanistan: DAAD Secretary General Dorothea Rüland is pleased with the progress made at Kabul University: ""Nowadays it's a fully-functional university with regular tuition. There are books and laboratories, everything the students need," she says

That very same year, the delegation visited local staff working in higher education to develop a reconstruction strategy together. Dorothea Rüland was deeply affected by these encounters with people etched by war. "Every family had lost someone," she reports.

But she also saw in the eyes of these people the "incredible hope that education is the key to the nation's development and also to their own lives," she says. This is no surprise when you learn that Afghanistan has one of the world's youngest populations. United Nations figures say more than 70 percent of the Afghan populace are under 25 years old. For many, an educated young generation is the route to progress.

During the course of the reconstruction process in Afghanistan, the international community has invested primarily in the country's higher education sector. Now that Rüland has returned to Kabul 10 years on, much has changed: These days, according to figures from the Ministry of Higher Education, some 250,000 women and men are registered at 31 public and more than 70 private universities. Thousands of students graduate from these institutions every year. "I went back to the same university: It now has windows, utility supplies and tiles," says Rüland with a smile. "Nowadays it's a fully-functional university with regular tuition. There are books and laboratories, everything the students need. And there are many female students in attendance, something I'm very pleased about." 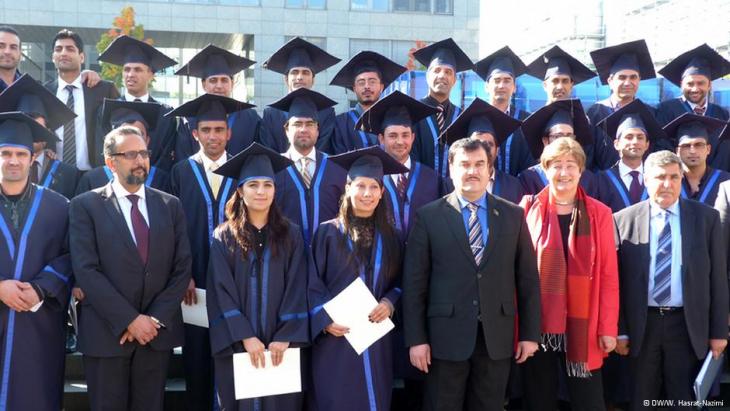 Studying in Germany: Afghan Masters graduates at the University of Bochum celebrate completing their studies. Since 2002, the DAAD has been sponsoring an average of 700 Afghans every year in the way of grants, short visits to Germany and further education in Afghanistan itself

Since 2002, the DAAD has been sponsoring an average of 700 Afghans every year in the way of grants, short visits to Germany and further education in Afghanistan itself. It is the scholarships for Masters degrees in Germany that are an especially appealing prospect for many young Afghans. Just a few days ago, 28 Afghan students celebrated completing their Masters in Bochum, and 24 others in Berlin. "They are returning to Afghanistan to teach at universities there," says Alexander Kupfer from Afghanistan department at the DAAD.

He expects more than 2,500 Afghan students to benefit from the tuition given by the 24 Berlin Masters graduates alone over the next three years – what's known as a multiplicator effect set to continue into the future. "At the moment we expect to be able to continue these projects over the next 10 years – over what's being called the transformation decade – and support Afghanistan in its reconstruction process," he says.

But despite the positive developments, the Afghan education system still displays numerous shortfalls. Many students are critical of what they say is the inadequate training given to most of the tutors, and the lack of books and other learning materials. The discipline of academic research is still in its infancy. Another negative aspect is the jobs market: The many thousand graduates are left sitting on their qualifications due to the lack of professional opportunities. The jobless rate in Afghanistan is currently 35 percent.

Fears for the future

Graduates Zarifa Jalali and Jamshed Haidery are now returning as tutors to the University of Kabul with Masters degrees in economics. Zarifa – one of two women in the group – is happy that her family supported her continuing education. "In a society such as this in Afghanistan it's very important to have family backing," she says. But there are neighbours and other people living nearby who think differently, she adds. "They can't understand how my family could allow me to go abroad," says the 27-year-old graduate. 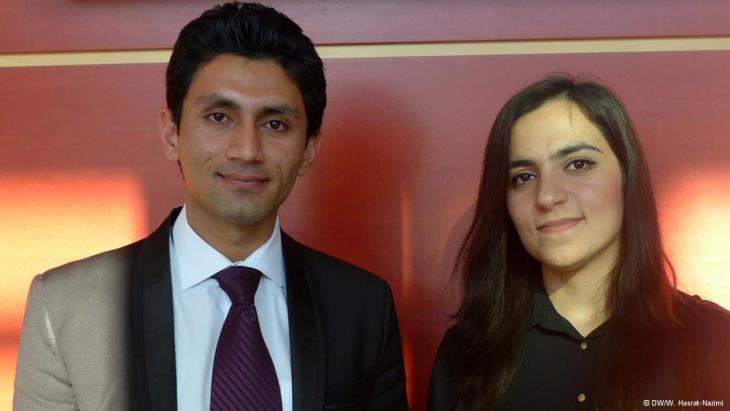 Academic knowledge for upcoming generations in Afghanistan: Scholarship holders Jamshed Haidery (left) and Zarifa Jalali want to pass on what they have learned to Afghan students back home

Jamshed has mixed feelings about his return to Afghanistan. "I'm worried about the welfare of my family and fellow students. There were several Taliban attacks during our study period in Germany. We've lost colleagues and friends, because they worked with the government or studied in the West," he says.

The fact that she, as a woman, was able to study abroad, is an example of how Afghan society is on the way to further emancipation, says Zarifa. But she fears that it could all be for nothing if radical Islamic forces are returned to power following the NATO troop pullout in 2014. "Thousands of women who have studied like me would be forced back into their homes. Their potential would be untapped and lost as a result."

Zarifa and Jamshed believe that presidential elections scheduled for April next year will be decisive in averting such a setback. As far as they are concerned, they want to do whatever they can to pass on their newly-acquired knowledge to future generations in Afghanistan.

Home
Print
Newsletter
More on this topic
Interview with Fawzia Koofi: ''It Is Not A Matter of Overnight Change''Interview with Afghan Writer Atiq Rahimi: Unable to Move ForwardQantara.de Dossier: Afghanistan
Related Topics
Democracy and civil society, Education, Taliban
All Topics

In his book "Ground Zero: 9/11 und die Geburt der Gegenwart" (Ground Zero: 9/11 and the Birth of the Present) Islamic scholar Stefan Weidner analyses the consequences of the ... END_OF_DOCUMENT_TOKEN_TO_BE_REPLACED

To Afghans, the name "Panjshir" evokes associations with the Tajik resistance against the Soviets during the 1980s. But the special charm of the province lies in its landscape. ... END_OF_DOCUMENT_TOKEN_TO_BE_REPLACED

The USA and NATO plan to withdraw from Afghanistan by September. The operation is risky, the outcome uncertain. Many Afghans fear civil war. The quake on the Hindu Kush will also ... END_OF_DOCUMENT_TOKEN_TO_BE_REPLACED

Even in times of war and pandemic, refugees are still being deported to Afghanistan. Several deportation flights have taken place in recent weeks alone. Since those affected often ... END_OF_DOCUMENT_TOKEN_TO_BE_REPLACED

The Prophet Muhammad never executed anyone for apostasy, nor encouraged his followers to do so. Nor is criminalising sacrilege based on Islam’s main sacred text, the Koran. In ... END_OF_DOCUMENT_TOKEN_TO_BE_REPLACED

END_OF_DOCUMENT_TOKEN_TO_BE_REPLACED
Social media
and networks
Subscribe to our
newsletter