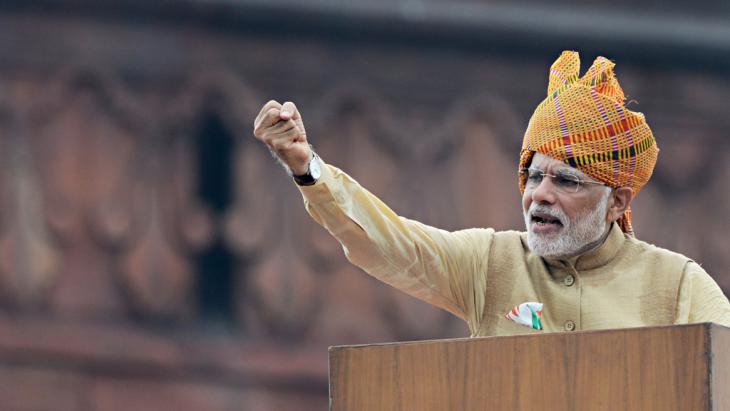 Hindus and Muslims in India

Why census data is a priority political issue

Years later than planned, the Indian government has finally released census data on religious affiliation. The published figures could be exploited by the country′s political parties for their own ends, thereby further straining relations between Hindus and Muslims. By Ronald Meinardus

Relations between India′s majority population and the country′s largest minority have historically been extremely strained. Memories of violence and expulsion, not to mention ongoing discrimination, fuel tension in the relations between Hindus and Muslims. In addition, suspicions and prejudices continue to exist on both sides, and these are constantly nurtured by new sources of antagonism.

Observers explain the delay in releasing these sensitive statistics as having to do with the upcoming elections. In just a few weeks, the northern Indian state of Bihar will elect a new state parliament. The poll is regarded as the most important domestic political event of the year. According to the opposition, the ruling Hindu nationalist Bharatiya Janata Party (BJP) in New Delhi, headed by Prime Minister Narendra Modi, has undertaken a massive drive to win control of Bihar and is more than willing to employ the data on religion to win votes. This would not be the first time that Modi′s party has attempted to mobilise the Hindu majority in an election through the use of religious propaganda.

A treasure trove for sociologists and demographers

It is particularly striking that the authorities in charge of the statistics have not issued any explanation for the delay in publication and, in addition, have published the data on the Internet without providing any analysis. This is astonishing, as the figures are a veritable treasure trove for sociologists, demographers, and all those interested in societal developments in India, especially those dealing with the links between religion, growth, and social advancement.

The headline currently making the rounds in the Indian media is that the proportion of Hindus in the total population has fallen below 80 percent. According to the census data, the number of Hindus in 2011 was reported to be 79.8 percent of the population, thereby falling under the psychologically significant 80 percent threshold for the first time. 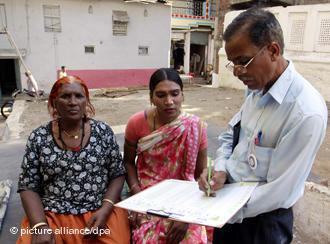 The last population census in India already took place in 2011, but the data on religious affiliation has only now been released by the central government in New Delhi

Simultaneously, the proportion of Muslims in the total Indian population rose to 14.2 percent (previously 13.4 percent). In absolute numbers, this means that on the closing date of the population census in 2011, there were 966 million Hindus and 172 million Muslims in India.

There are good reasons why demographers recommend that census date should be considered within a historical context and not merely viewed as a one-time snapshot. An analysis of the Indian figures clearly indicates some revealing and politically significant trends. On the one hand, it is true that a slight decrease in the proportion of Hindus in the total population can be observed. Yet, at the same time, the reduction in the growth rate for Muslims is greater than the corresponding figures for the majority population.

The largest decrease in population growth was registered among Muslims. Their growth in the decade previous to the 2001 census had been recorded as 45.2 percent, whereas ten years later, the growth rate had decreased to 24.6 percent. In other words, the intensity of population growth among Muslims has slowed considerably. The trend of a slower rate of growth has persisted for the past three decades. Before the turn of the millennium, the Muslim population of India showed a regular annual growth rate of 3 percent. In the new millennia, this rate has decreased to 2.5 percent.

Sociologists have been quick to provide an explanation. The decrease in demographic growth is the result of structural social changes with long-term demographic implications. "Elementary school education plays a huge influence in the decreasing fertility rate among Muslims," said Amitabh Kundu from the Centre for the Study of Regional Development in New Delhi in an interview. According to the professor, the scaremongering by the Hindu nationalists, who claim that Muslims will eventually supplant the majority, is absolute nonsense. 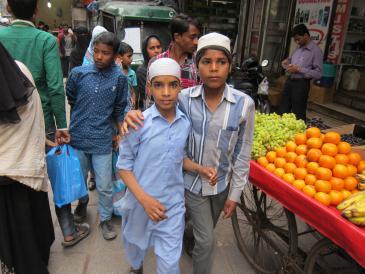 Dwindling dynamism: the greatest decrease in population growth was registered among Muslims. It was 45.2 percent in the decade previous to the 2001 census, decreasing ten years later to only 24.6 percent

Amirillah Khan also sees a link between reproductive behaviour and school education. In an interview with The Times of India, the Indian development expert said, "Attending elementary school is the greatest determinant of family size." When Muslim girls go to school at a young age, explains the academic, they correspondingly marry at an older age. "As a result, the first pregnancy is delayed by between three to five years."

This positive message is not welcome among all sectors of the Indian population. Elections are taking place in India. In the confrontation between political parties, populist slogans are clearly more effective than an empirically-based assessment.

The opposition Congress Party, which regards itself as the guardian of Indian secularism, as well as Muslim organisations, have warned that Hindu nationalist zealots will offer a one-sided misrepresentation of the census results. "The BJP will use the results of the 2011 census to polarise (voters)," says Professor Sudha Pai of the Jawaharlal Nehru University in New Delhi. Even the prominent Sunni spiritual leader Maulana Mahali sees little good in the publishing of the statistics, despite their positive signals. "The publishing of the data at the present moment in time is a political trick that will merely serve to widen the growing chasm between both religious communities."

Dr. Ronald Meinardus is head of the South Asia Regional Office of the Friedrich Naumann Foundation for Freedom located in New Delhi.

Home
Print
Newsletter
More on this topic
Interview with the political theorist Rajeev Bhargava: "The BJP has to give up its obsession with Muslims"Conversion of Christians and Muslims in India: Homecoming or forced conversion?Narendra Modi and the Indian Muslims: Divisive figure could become India's next PM
Related Topics
Bharatiya Janata Party (BJP), Democracy and civil society, Dialogue of Religions, Islam in Southeast Asia, Muslim minorities, Narendra Modi
All Topics

The farmers' protests in India show no signs of abating – despite repressive measures. Government attempts to stigmatise the farmers have only prompted sections of the urban ... END_OF_DOCUMENT_TOKEN_TO_BE_REPLACED

Fanna-fi-Allah is the West's most renowned Qawwali ensemble. It stands out not only for its strong stage presence, but also for its commitment to preserving the centuries-old ... END_OF_DOCUMENT_TOKEN_TO_BE_REPLACED

Arundhati Roy's recent volume of essays and lectures provides an eye-opening account of current political developments in India. Written during the run-up to the last general ... END_OF_DOCUMENT_TOKEN_TO_BE_REPLACED

The ''German Khars'' are a family of craftsmen known in Srinagar for their skills repairing old German-made medical equipment. Their craft has been preserved for decades, but ... END_OF_DOCUMENT_TOKEN_TO_BE_REPLACED

Marrying for love is still quite a rare thing in India. Religion often gets in the way, as do caste and parental opinions. After the defamatory term "Love Jihad" started trending ... END_OF_DOCUMENT_TOKEN_TO_BE_REPLACED

With the construction of a controversial Hindu temple in the city of Ayodhya, Indian Prime Minister Narendra Modi is marginalising the Muslim community. With his rhetoric, he is ... END_OF_DOCUMENT_TOKEN_TO_BE_REPLACED
Author:
Ronald Meinardus
Date:
Mail:
Send via mail

END_OF_DOCUMENT_TOKEN_TO_BE_REPLACED
Social media
and networks
Subscribe to our
newsletter