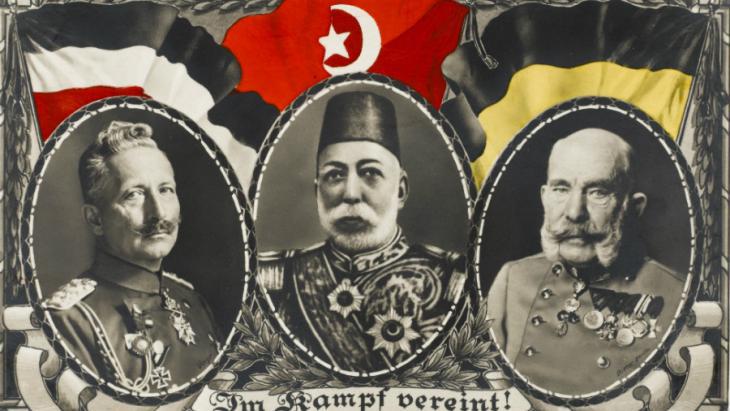 After the First World War, many people hoped for a lasting order that would bring peace. The mandate system, which was supervised by the international community, was supposed to bring a new form of "benevolent" imperialism to the Middle East. However, the region is still dominated by the problems that were created at that time – more so today than ever before. By Jakob Krais

A fragmented Syria is descending into chaos. Uprisings are taking place in Iraq. In some parts of the Mashriq, the Kurds are trying to assert their autonomy. In the West Bank, attacks by Arabs on Jewish settlers are followed by corresponding counter-reactions. Lastly, a new caliph is declared, acknowledged only by his own followers. Only a few years have passed since there was a sense of a new era about to dawn: now there is disillusionment on all sides.

While the previous paragraph reads like a review of events in the Middle East in 2014, it is in fact a description of the situation in the region in the mid-1920s. While last year saw a heavy focus on the commemoration of the start of the First World War, few people seem to make a connection between current developments in the Middle East and the consequences of that major conflict a century ago. Yet when World War I ended, it was not just the map of Europe that was redrawn but that of the Middle East as well.

The fall of the caliphate: from the Ottoman Empire to Saudi Arabia

At the end of the First World War, the Ottomans were defeated, and an Arab empire was proclaimed in Damascus. The people of the region seemed to be on the verge of gaining independence. Just a short time later, the Middle East, from the Kurdish settlement areas in the north all the way down to the Red Sea and the Persian Gulf, was under the rule of the major European colonial powers.

The fall of the Ottoman Empire removed a common tie that had long guaranteed the co-existence of many very different peoples. By contrast, the policy of the new Turkish state under Mustafa Kemal was not only nationalistic but also anti-religious: in 1924, the parliament in Ankara officially abolished the caliphate, which had last been headed by the Ottomans. It is no coincidence that the modern Islamist movements, many of which still propagate a return to the caliphate, developed in the years that followed.

At first, naturally, a long-established ruler made a move: Sharif Hussein of Mecca declared himself the new caliph (years earlier, the British had promised him support) only to be promptly driven out of the holy city by Saudi troops. Since then, the rulers of Saudi Arabia have controlled Mecca and Medina and are trying, with their strict Wahhabi faith, to become the leading Islamic power. 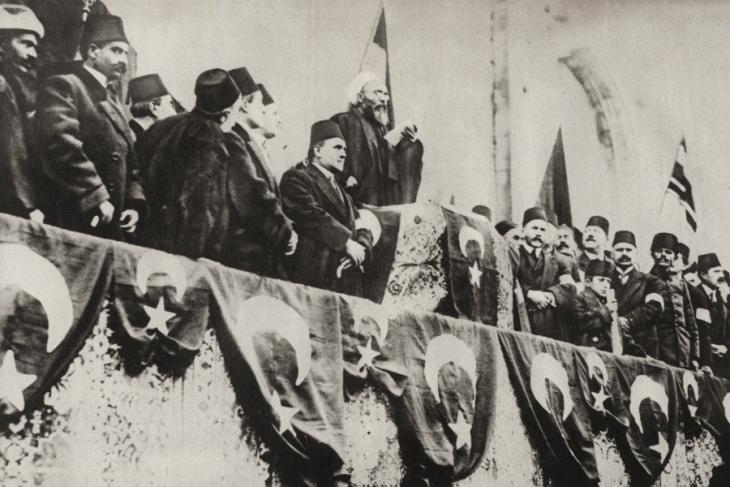 The art of diplomacy and the artificiality of the states

The state system established back then by the victorious European powers out of the wreckage of the Ottoman Empire is still in place today. Starting in 1920, the region's borders were redrawn on the basis of an arrangement known as the Sykes-Picot Agreement made between a British and a French diplomat who gave the agreement its name.

Right from the start, the new state system of the Arab Middle East was seen by many as artificial. Officially, the regions were not British or French colonies but mandates assigned by the League of Nations, to be ruled only temporarily from Europe until the people of the Middle East – who were not permitted to express their opinion on the matter – were mature enough for independence.

The most conspicuous contradiction created by British secret diplomacy was Palestine, which Arab nationalists were claiming for themselves while the Zionists wanted to realise their utopia of a Jewish state there. Elsewhere too, though, the new nations did not fall naturally into place.

Jordan: the invention of a nation

The government in London used the specially-created states of Iraq and Transjordan to reward their former allies against the Ottomans. Two of Sharif Hussein's sons became rulers in Baghdad and Amman – supported, of course, (or controlled) by advisers from London.

In 1921 Winston Churchill, then Colonial Secretary, summarised Britain's support of the mandates on the path to independence by remarking that if Faisal in Iraq knew that not only the material support of his father Hussein and the protection of the Holy Shrines against a Wahhabi attack but also the position of his brother Abdallah in Transjordan depended on his own good conduct towards Great Britain, he would be much easier to manage. The era of Western influence over nominally indigenous governments in the Middle East had begun.

Nevertheless, to this day, Jordan derives its national identity primarily from the ruling dynasty: Abdallah I, whom the British put on the throne, was the great-grandfather of the current King Abdallah I. Jordan was not, however, originally intended to be a state of its own; it was to be part of Palestine. It was only when the British High Commissioner set the river Jordan as the limit for Jewish settlement that the land beyond the river, Transjordan, emerged as a separate entity.

With these historical origins, it is no wonder that Israeli politicians have repeatedly cited Jordan as a kind of ersatz Palestine that could simply take in all Arabs west of the Jordan. 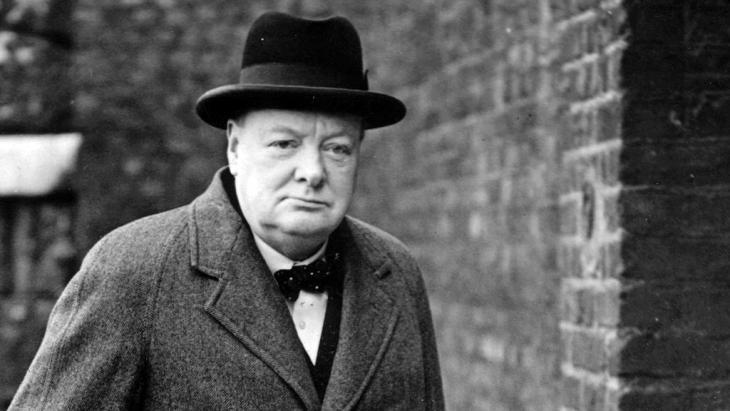 The influence of the former colonial powers continued well after the new states of the Middle East were set up: Winston Churchill was Colonial Secretary in 1921. According to Jakob Krais, the British government "used the specially-created states of Iraq and Transjordan to reward their former allies against the Ottomans. Two of Sharif Hussein's sons became rulers in Baghdad and Amman – supported, of course, (or controlled) by advisers from London"

Elsewhere, the extremely arbitrary drawing of borders created mosaics out of different population groups. Iraq, for example, the biggest of the new countries, was pieced together from three former Ottoman provinces and was correspondingly heterogeneous: the area around Mosul was populated primarily by Sunni Kurds who were orientated towards Anatolia, around Baghdad were mostly Sunni Arabs who looked to Syria, and around Basra were Shia Arabs who cultivated close links with Iran.

In addition there were smaller minorities like the Sunni Turkmen, the Christian Assyrians or the Yazidis, all of whom at some point dared to rebel against the Sunni government in Baghdad – and were beaten back with help from the British air force.

The dominance of the Sunni Arab minority in Iraq ended only in 2003, with the overthrow of Saddam Hussein – through an intervention by the West, the same way the Iraqi state was established in the first place. Since then, the Shia government in Baghdad has lost control over the effectively independent Kurdish regions, and now also finds itself confronting the insurgency by the Sunni IS militia. The situation has been turned on its head, but Iraq remains fragile.

After the First World War, the system of states established by the victorious European powers was based on the Sykes-Picot Agreement, a secret understanding drawn up by Mark Sykes of Great Britain and Francois Georges-Picot of France during the First World War with the assent of Russia. The aim was to implement the agreement in the event of a victory over the Ottoman Empire. "Right from the start," writes Jakob Krais, "the new state system of the Arab Middle East was seen by many as artificial"

Syria and Lebanon: confessionalism as an alternative

The French initially went down a very different route in the area of their mandate. Five new entities were immediately created in Syria, their borders drawn along denominational lines. In 1930, after large-scale rebellions, the Druze state in the south and the Alawite state on the Mediterranean coast were amalgamated with the Sunni-dominated heartland to form the Syrian Republic. Lebanon has endured until today.

Right from the start, this state, the smallest created by the mandate system, was diverse in a similar way to Iraq, which is forty times bigger. Conceived as a homeland for the Maronites – Arab Christians who had long been regarded in France as special protégés – the territory, which was marked out in Paris, suddenly included far more than just the Lebanon Mountains where the Christians lived. Lebanon now had a great many citizens who saw themselves more as Syrians, or simply as Sunni Muslim Arabs. Beirut, one of the great supra-regional centres of the Arab world, suddenly found itself part of this tiny, Christian-dominated state.

Although it was created as a Maronite state – even today, the Lebanese president has to be a Maronite – a total of 18 Christian, Muslim and Jewish religious communities are recognised in Lebanon. At the latest since the civil war of the 1970s and 1980s, the country's politics have been entirely governed by confessionalism.

With the war that is currently raging in Syria, the significance of national borders seems to be dwindling in comparison to these denominational identities. The best-known example is probably the Shia Lebanese Hezbollah's support for the predominantly Alawite (and Iran-friendly) Syrian regime. However, Sunni, Druze and various Christian groups also live in both Lebanon and Syria. In both countries these religious communities are, as a result of the conflict, increasingly in evidence as local forces with their own militias. This suggests that, as in Iraq, a stabilisation of the central state is becoming an ever more distant prospect.

Almost 100 years on, it may be that the "artificial" state system created by the Sykes-Picot Agreement really has come to an end.

Home
Print
Newsletter
More on this topic
Syria and the Middle East: The end of the Sykes–Picot system?Germans and Ottomans in the First World War: A partnership of privilegeInterview with Daniel Barenboim: "The world is suffering from a lack of leadership"
Related Topics
'Islamic State' | IS, Ataturk, Colonialism, History of the Near and Middle East, Israeli-Palestinian conflict, Syrian Civil War
All Topics

The devaluation of the Egyptian pound combined with rising food prices is taking its toll on Egypt. More and more people are slipping into poverty. Karim El-Gawhary reports from ... END_OF_DOCUMENT_TOKEN_TO_BE_REPLACED

Since returning to power in Afghanistan, the Taliban have steadily eroded the rights and opportunities of women and girls, particularly their access to education. But Afghans are ... END_OF_DOCUMENT_TOKEN_TO_BE_REPLACED

The book "The Invention of the Maghreb: between Africa and the Middle East" prompts us to review basic terminology. This includes terms that we use almost every day as if they are ... END_OF_DOCUMENT_TOKEN_TO_BE_REPLACED

Tunisia has been going through a severe economic and political crisis in recent years. More than one in three young people there are unemployed. For many skilled, qualified and ... END_OF_DOCUMENT_TOKEN_TO_BE_REPLACED

At the end of every year, the team at Qantara.de gives you a run-down of the ten most-read articles on the site over the past 12 months. Here is a quick overview of the stories ... END_OF_DOCUMENT_TOKEN_TO_BE_REPLACED

The government in the Netherlands, one of the last European nations to abolish slavery, has made an historic apology. But some feel that there is still a long way to go. By Ella ... END_OF_DOCUMENT_TOKEN_TO_BE_REPLACED
Author:
Jakob Krais
Date:
Mail:
Send via mail

END_OF_DOCUMENT_TOKEN_TO_BE_REPLACED
Social media
and networks
Subscribe to our
newsletter