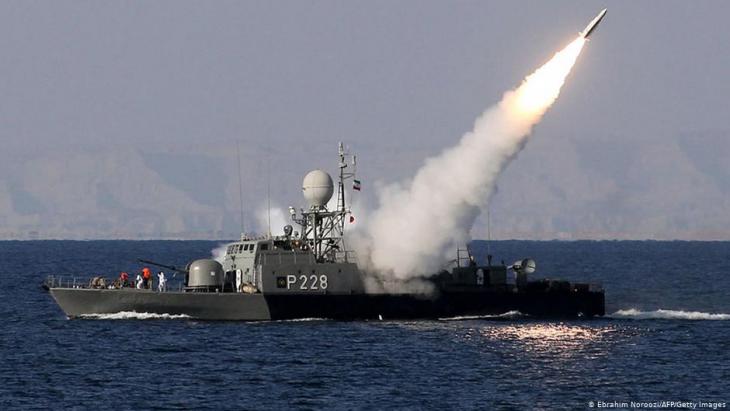 History of the Iranian nuclear programme

The trauma of vulnerability

Originally, the Iranian leadership considered nuclear weapons un-Islamic. However, the experience of the Iran–Iraq War led to the political conviction within Iran that the country needs nuclear arms. Katajun Amirpur looks back at the history of Iran's nuclear programme

It would be wrong to assume solely on the basis of Khamenei's recent statement that "nuclear weapons are un-Islamic" that Tehran is ready to make any concessions required of it. After all, the phrase "Islam forbids the manufacture and use of nuclear weapons" was one that the Iranian leadership reeled off in the 1990s whenever the international community accused Iran of working on the bomb. Iran launched its nuclear programme as far back as the 1970s.

Although the ruler at the time, Shah Mohammad Reza Pahlavi, called for the peaceful use of nuclear power, he too wanted the bomb. He even admitted to western journalists in 1974 that Iran would undoubtedly possess nuclear weapons in the future – and sooner than anyone imagined. Initially, the government that succeeded his overthrow felt very differently about this matter.

​​The founder of the Islamic Republic, Ayatollah Khomeini, said that Iran didn't need nuclear power as it had enough oil. Moreover, he said that for religious reasons, he was opposed to all weapons of mass destruction, including atomic, biological and chemical (ABC) weapons, which is why he stopped Iran's nuclear programme and did not allow the use of chemical and biological weapons in the war against Iraq, which lasted from 1980 to 1988. This, however, did not stop Iraqi president Saddam Hussein from deploying weapons of mass destruction against Iran.

A complete change of heart

Ultimately, the Iran–Iraq War resulted in a complete change of heart in this respect in Tehran. Shortly before Khomeini agreed to the ceasefire – before he "drank from the poisoned chalice" as he put it – he had read a "shocking report" written by the then leader of the Revolutionary Guard, Mohsen Rezai – the same Mohsen Rezai who stood against the incumbent president, Ahmadinejad, in this year's elections. It is reported that Khomeini said that Rezai's report had been unambiguous.

According to Rezai, if Iran wanted to come out of the war with its head held high, it would have to deploy highly developed arms, including nuclear weapons. Precisely because Iran did not have such weapons, Khomeini agreed to the ceasefire. The eight-year war between Iran and Iraq, which attracted very little attention in the West, but which is perceived in an entirely different light in Iran (it is known in Farsi as the "Imposed War"), was Iran's "never again" experience. 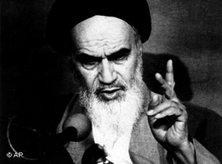 Proponent of the "Maslehat-e nezam" principle: Ayatollah Khomeini said that everything that serves to preserve the Islamic state is permissible - even, if need be, the destroying of mosques

​​ To this day, the Iraqi bombs that rained down on Tehran and 64 other cities across the country, the half a million Iranians who were killed and the 50,000 Iranians affected by the deployment of poisoned gas remain engraved in the minds of Iranians to this day. Moreover, Iranians found it incredible that with the exception of the German foreign minister, Hans-Dietrich Genscher, no-one at international level was willing to take their side or call for the ostracism of the aggressor.

This being the case, Iran's experience in the war against Iraq had two consequences: it caused a national trauma and triggered a U-turn in the policy of the Iranian leadership. It is said in Tehran – at least off the record anyway – that the country's leaders began to listen to the Revolutionary Guard when it said that Iran now needed nuclear weapons in order to either defend itself or deter others from attacking.

Today, the Revolutionary Guard plays a more important role in the Iranian system than ever before. It was they who put down the protests against the supposed electoral fraud of June 2009 in the most brutal manner possible. Following Khomeini's death, his successor, Ayatollah Khamenei, Iran's incumbent spiritual leader, was all too willing to support President Rafsanjani's plans to relaunch the country's nuclear programme. 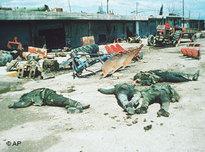 Iran's "never again" experience: the half a million Iranians who were killed and the 50,000 Iranians affected by the deployment of poisoned gas remain engraved in the minds of Iranians to this day, writes Amirpur

​​Those who say that Ahmadinejad has nuclear ambitions should not forget that it was his predecessor who relaunched the programme.

This makes the nuclear issue more complicated for the West than it already is because it shows that there is, in fact, a broad consensus among Iran's leaders on this issue. The situation is compounded by one of the most important principles the state inherited from its founder, Ayatollah Khomeini, who said that everything that serves to preserve the Islamic state is permissible. It is even permissible not to fast or to destroy mosques if it benefits the Islamic system.

Self-preservation as the guiding principle

Since then, "Maslehat-e nezam", i.e. the benefits for the system, have been the overriding principle in the Islamic Republic. Moreover, any Islamic guidelines that make government difficult can be reinterpreted – and in some cases even abandoned – on the basis of this principle. In order to anchor this principle in the institutions of the state, Ayatollah Khomeini established the so-called Expediency Discernment Council shortly before his death.

It is the task of this council to make final decisions in the event of conflicts between Islamic laws and the benefits for the system. The impetus behind this pragmatic act was the worry that the revolution might be lost to those with a narrow-minded view of Islam. Coincidentally, the chairman of the council is Rafsanjani, who in 2001 tried to reason that the bomb and Islam were indeed compatible. 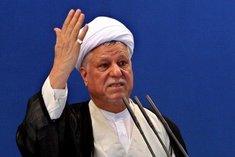 "We do not want to live with the thought that we can be attacked." In 2001 Ayatollah Rafsanjani tried to reason that the bomb and Islam were indeed compatible

​​The bomb as a deterrent

He said: "We do not want to live with the thought that we can be attacked. Nor do we want a confrontation to lead to a third world war. That would be the worst that could possibly happen. If the day should come when the Islamic world is duly equipped with the weapons that Israel already possesses, then Israel's colonial predominance would be no more. The reason being that dropping atomic bombs on each other would mean that Israel would no longer exist, while it would only damage the Islamic world."

This quote, which together with statements made by Ahmadinejad, are generally taken as evidence of the fact that Iran really does intend to attack Israel with nuclear weapons, is often interpreted as meaning that a single bomb is all it would take to eradicate Israel.

However, if one reads Rafsanjani's full statement, it becomes clear that he was not referring to an attack, but to a deterrent – the same principle that shaped the relationship between the United States and the Soviet Union for decades, and not without success. The fact that Iranians want the bomb for exactly this reason seems more than probable.

It does not mean that they want to use the bomb themselves as an aggressor. No, the regime wants the bomb because it wants to prevent a repeat of what happened when Saddam Hussein marched into Iran in 1980 and because it paid close attention to Saddam Hussein's ultimate demise. Iran concluded that only those who do not have the bomb are attacked, while those who do are spared.

Katajun Amirpur has a doctorate in Islamic Studies and is a journalist.

END_OF_DOCUMENT_TOKEN_TO_BE_REPLACED
Social media
and networks
Subscribe to our
newsletter