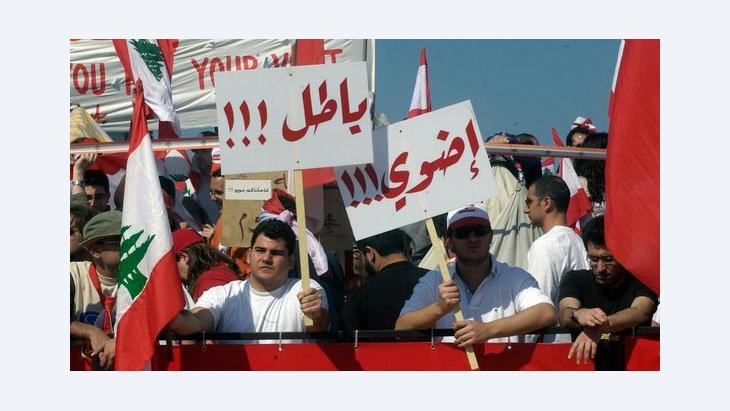 More than two decades after the end of the civil war and with fresh fears that the conflict could erupt again at any time, many people in Lebanon think it is still too soon to start trying to make sense of the country's history. Also, as Sonja Hegasy reports from Beirut, the upheaval in the region is having an effect on this debate

It was 37 years ago, in April 1975, that the Lebanese civil war began; a conflict that was itself made up of a multitude of civil wars: Christians against Palestinians, Druze against Maronites, Syrians against Lebanese, Sunnis against Communists, Shia against Shia. The violence was officially brought to an end 22 years ago with the Taif Agreement. The accord was followed up by an amnesty law for all crimes committed by the militias before 1991.

But violence continues to flare up. And to this day, most Lebanese are fearful that civil war could break out again at any time. For two decades, society – scarred as it is by its war-wounded and the many people that disappeared – has teetered on the brink of a new conflict.

The murder of Prime Minister Rafik Hariri in 2005 also made it clear to his opponents that the nation shows no signs of finding peace. Hariri's death was followed by the Syrian withdrawal and a long debate over the legacy of the past. Has the amnesty law pacified society? Or has Lebanese society been left in limbo because no legal or moral public discussion has taken place? This is a question posed by increasing numbers of people in Lebanon today; even by militiamen and fighters who allude to the fact that they themselves have profited from the amnesty.

The Taif Agreement explicitly postulates a school curriculum that strengthens national affiliation just as much as spiritual and cultural openness. Even then, the accord stipulated the drawing up of a generally binding history book for the post-war generation. But to this day, no school textbook currently in use deals with the period from 1975 to 1990. 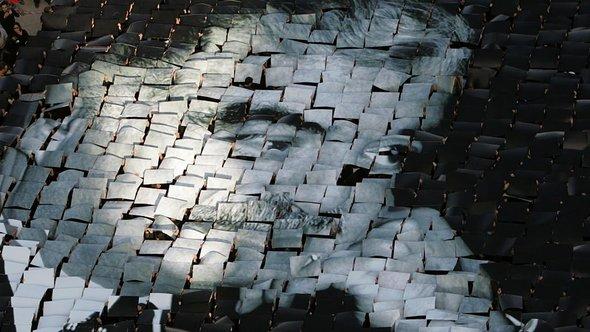 The assassination of former Lebanese Prime Minister Rafik Hariri was followed by years of political turmoil that included the Cedar Revolution, the withdrawal of Syrian troops from the country and sectarian violence

In Lebanon, each religion teaches its particular version of history in what are for the most part denominational schools. In mid-March, 15 people were injured in a demonstration triggered by recent attempts to introduce an official school textbook. The student association of Christian Phalangists clashed with security forces close to parliament after it emerged that the planned textbook spoke of "Islamic resistance". This was a reference to Hezbollah's resistance against Israel in the south of the country. But from the point of view of all Lebanese parties in the conflict, the country had three occupiers: the Israeli army, the PLO and the Syrian troops. And now, each group wants to be recognised for its role in the battle to liberate the nation.

Each and every writing of history is dependent on time and interests; each and every recollection is a temporary construct that changes according to the situation and the group for which the history is intended.

Official versus personal views of history

The fact that an official version of history does not automatically hold sway was evident from the example of East Germany and the popular inclination to hold individual views distinct from that of the regime. In Lebanon, the state has so far failed to safeguard the new political order with an approach to collective memory that is accepted by a majority. Any exchange of individual and public recollections of the civil war takes place almost exclusively – and all the more intensively – on a high cultural level: barely an evening goes by in Beirut without an exhibition, play, concert or reading on the subject of Lebanon's bloody past.

For university and school students, questions about the past are first and foremost questions about the future: would you take up arms again if need be? Or as the director of the oral history project "Badna Naaref" (Arabic: "We want to know"), puts it: "If the drums of war began to beat again, would you fight?" The project is financed by international organisations and has been working with 12 Beirut high schools over the past two years. Questions such as these quickly arise in discussions with Lebanese youngsters. This is primarily due to recent developments in the neighbouring country of Syria. 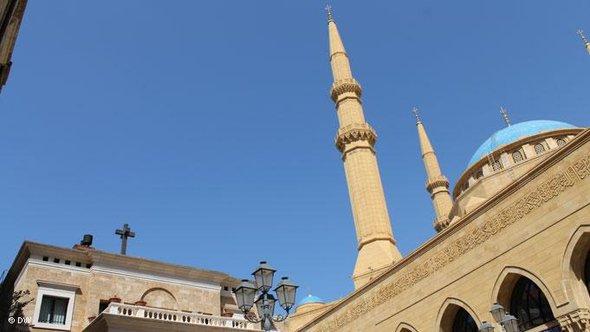 Most schools in Lebanon are affiliated to a specific religion, and each religion teaches its own version of Lebanese history, which is why it is proving so difficult to come up with one standard, accepted school history textbook

​​The long shadow cast by Syria

All major political groups in Lebanon are currently trying to avoid being drawn into the Syrian conflict. Political leaders are as far as possible refraining from doing anything that might be deemed provocative.

Although one of the nation's largest ideological fault lines runs between pro-Syrian (March 8 Alliance under the leadership of Hezbollah) and anti-Syrian (March 15 Movement led by Hariri supporters) forces, the political sphere is holding out against the undertow of violence from Syria. Even die-hard supporters of the pro-Iranian and pro-Syrian Hezbollah are saying that Lebanon should keep out of third-party conflicts.

Prime Minister Najib Mikati has for the moment shelved the textbook project until a consensus can be found. But it is unclear how any agreement can be reached without a public debate. Patrick Richar, president of the student association of Phalangists, has gone on the record as saying that it will be another 10 years before Lebanon can agree on a generally approved reading of the past.

Twenty-two years after the end of the civil war, many citizens still feel that attempts to make sense of their history are premature. Few are willing to document the many different versions and conduct public debate over them. Even those who feel ready to initiate a discussion request that the process should not pour too much salt on the wounds inflicted by the civil war. As one young Lebanese historian put it: "We don't have a functioning nation state, why should we have a national history?"

In Lebanon, it is evident that the present is more important ﻿than the past in the process of coming terms with the country's history.

Home
Print
Newsletter
More on this topic
Interview with Tarek Mitri: The Fruits of Pent-Up FearContemporary Art in Lebanon: Between Dreams and ViolencePrime Minister-designate in Lebanon: Delicate Mediation MissionSyrian-Lebanese Relations: End of the Ice Age
Related Topics
Democracy and civil society, Hezbollah, History of Islam, History of the Near and Middle East, Lebanese Civil War, Minorities in the Muslim world
All Topics

Lebanon and Sri Lanka may be a world apart, but they share a history of political turmoil and violence that has led to the collapse of once-prosperous economies bedevilled by ... END_OF_DOCUMENT_TOKEN_TO_BE_REPLACED

With regard to gender justice, things look bleak in the Arab world. Laws typically discriminate against women, while national legislation all too often does not comply with the ... END_OF_DOCUMENT_TOKEN_TO_BE_REPLACED

When times are tough, the exchange of ideas and perspectives becomes especially important. It takes dialogue. And at Deutsche Welle, we need distributors and cooperative partners ... END_OF_DOCUMENT_TOKEN_TO_BE_REPLACED

As the Lebanese economy has collapsed, so has the country's health system. Many medicines have become scarce or unaffordable. Confronted with a failing state, the Lebanese are ... END_OF_DOCUMENT_TOKEN_TO_BE_REPLACED

END_OF_DOCUMENT_TOKEN_TO_BE_REPLACED
Social media
and networks
Subscribe to our
newsletter