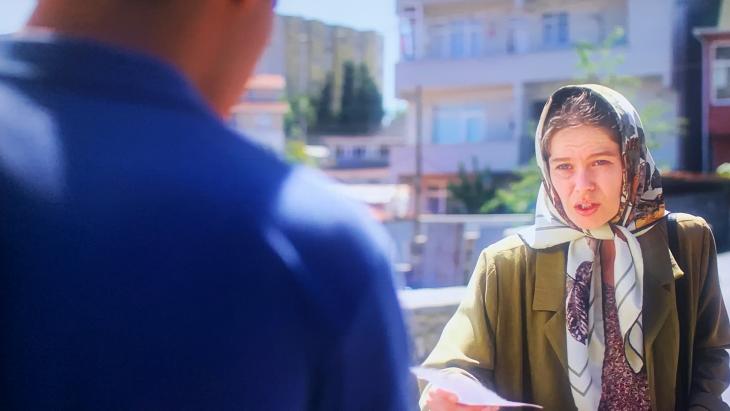 Netflix takes on the Turkish macho

Since the end of April, a Netflix series has been broadcast in Turkey about the cleaner Fatma, who searches for her missing husband in six episodes and ends up in a murderous odyssey. The series celebrates the woman as a hero who defends herself against humiliation, threats and sexual harassment, writes Jochen Menzel

It was to be expected: the world’s largest American streaming platform – now with some 207 million subscribers, ca. 1.5 million of those in Turkey, is cornering the Turkish market. Pelin Distas from Netflix, responsible for TV productions, says: “Turkey is one of the most important creative centres for fantastic stories that resonate throughout the world. That’s why Netflix is bumping up its investments in new originals.”

Last October, for instance, saw the announcement of around 14 new film and series titles for the year 2021 alone. The company is setting its sights on nothing less than the world, a market in more than 190 nations, excluding only Syria and China.

A growing number of viewers are demanding more stories and more series. That is unless the Turkish culture ministry interferes and demands changes. Like last year, for example, when it demanded that a gay leading protagonist be cut from a script. Netflix did not obey. In the end, the series “If Only” was not filmed at all.

But how come this wealth of stories and talent has so far received so little attention – and indeed been so underappreciated – in western Europe? Hasn’t everyday life in Turkey always traditionally been presented in the form of a passionate drama garnished with laments, tender emotions and raw violence? A 10-hour bus trip, let’s say from Trabzon to Ankara, could supply the material for at least one screenplay.

But even from faraway Germany, one is able to follow how domestic Turkish affairs often snowball into suspenseful crime thrillers. In videos broadcast on his own YouTube channel, convicted exiled mafioso Sedat Peker claims close ties with Turkey’s Interior Minister Suleyman Soylu (search terms: derin devlet/deep state). His missives have the entire Turkish nation on the edge of its seat and hits running into the tens of millions. Another nail-biter is the public hunt for the Central Bank’s missing cash – a sum of 128 billion dollars! 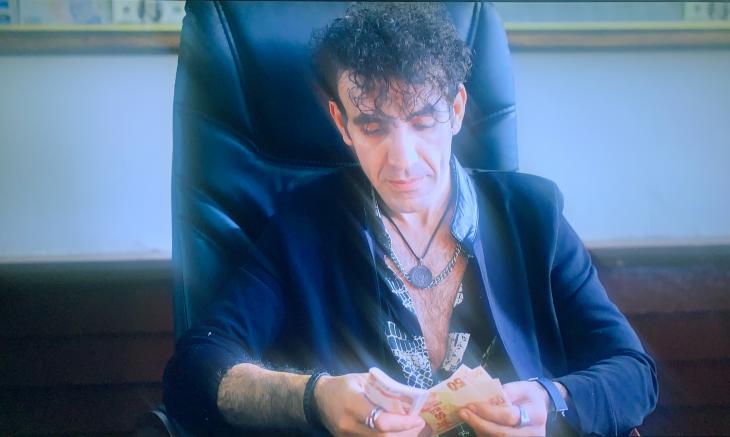 Scene from "Fatma's Revenge" with the mafioso Bayram (played by Mehmet Yilmaz Ak): Netflix, the world’s largest American streaming platform – now with some 207 million subscribers, ca. 1.5 million of those in Turkey, is cornering the Turkish market. October 2020 saw the announcement of around 14 new film and series titles for the year 2021 alone. A growing number of viewers are demanding more stories and more series

As documentary filmmakers are often heard saying: "Reality surpasses fiction". It is hardly a surprise, therefore, that this vibrant melange is now setting the basic tone of many TV productions, while also providing the subject matter for some thrilling plots.

"Escape the everyday" with Fatma?

Up until early 2000, Turkish writer-director films (e.g. by Zeki Demirkubuz, Reis Celik, Yesim Ustaoglu among many others) came across like dispatches from a self-satisfied world. And for far too long, Turkey remained under the sway of an anti-American film culture that resisted appreciation of the cinematic artistry of a film by the likes of Scorsese or Jim Jarmusch, for example.

As a result, numerous Turkish film festivals held across Germany were dominated for years by the "leftist", ideologically-correct "arthouse film" or Arabesque comedies. And consequently, peripheral events tended to be more focused on integration and social education than the art of filmmaking per se.

This meant that for a long time, Turkish films and their reception were restricted by an outmoded corset of appreciation, one that overlooked the rapid and – at times – explosive changes affecting everyday reality in this nation.

With among others Nuri Bilge Ceylan, Semih Kaplanoglu (Golden Bear for his film Bal) something new began emerging: a probing search for the centrifugal forces that affect Turkish society and its protagonists (e.g. Nuri Bilge Ceylan’s Once upon a time in Anatolia).

Hence the enthusiasm of Netflix over "fantastic stories for the viewer", who "can escape everyday life with a continually growing number of new original films. " Or might it be more accurate to say that the viewer might actually find escapism in these portrayals of the everyday? 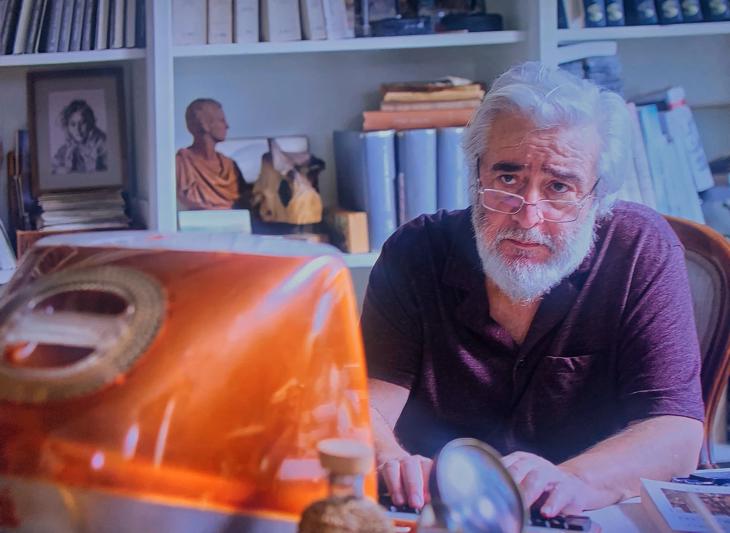 As counterpoint to the demimonde: the ageing, intellectual writer (Ugur Yucel, himself also the screenwriter/director), weaves the drama of Fatma’s life – she cleans his apartment – into a new novel. We follow Fatma as she goes about her work, cleaning the home of heroin-addicted boss of the shopping mall (played by the grandiose darbuka drummer Burhan Ocal), the sexual tormenter of a young woman. Fatma meets lawyers and unscrupulous property developers, defends herself against the neighbour who regards her as "fair game". "With her, a woman a woman who becomes a heroine metes out harsh punishment for humiliation, threats and sexual persecution," writes Jochen Menzel, and this after Turkey withdrew from the Istanbul Convention for the Protection of Women against Violence. This gives the Netflix series "powerful, almost programmatic currency"

Fatma and her tormentors

The plot of "Fatma's Revenge" has been kept simple. This allows the excellent acting and an exquisitely detailed set to shine. There’s the unprepossessing main protagonist Fatma (brilliantly played by Burcu Biricik), her face set in a bitterly determined grimace, the mother of an autistic son. Her search for her husband Zafer, who has disappeared without trace after serving time in jail, ensnares her in a flamboyant mafia milieu.

We meet mafioso Bayram (Mehmet Yilmaz Ak), residing in one of those Ishans (usually a multi-storey office and business complex), where there’s a different sector, a different business model behind every door.

Then, as counterpoint to this demimonde: the ageing, intellectual writer (Ugur Yucel, himself also the screenwriter/director), who weaves the drama of Fatma’s life – she cleans his apartment – into a new novel.

We follow Fatma as she goes about her work, cleaning the home of heroin-addicted boss of the shopping mall (played by the grandiose darbuka drummer Burhan Ocal), the sexual tormenter of a young woman. Fatma meets lawyers and unscrupulous property developers, defends herself against the neighbour who regards her as "fair game". And there’s a pistol, which Fatma steals from the safe of the mafioso Bayram.

Fatma and her village

Just as in many other series, the village also plays a key role in "Fatma's Revenge": it is here that Fatma hopes she can disperse the trauma of her childhood days – and find her husband again. "Goturun beni dogdugum koye – take me back to the village where I was born" – are the lyrics of a popular song by the late bard of the folk group Derdiyoklar. He sings plaintively of a theme that underpins modern Turkish society to this day. In the cities, we encounter countless local heritage associations named after villages.

During the summer months, their members are drawn to those very villages in search of the smells, traditions, the light of their childhood – and if possible, they also bury their dead here. The underlying sense is of an uprooting, following internal migration from the rural east, out of the villages and into the cities, a movement that continues to this day. If we understand these feelings, we will also have a better understanding of Fatma. After all, emotional burdens of this kind also supply the realistic context for other TV series.

Fatma’s revenge – and the Istanbul Convention

According to research by the campaign group "We Will End Femicide", 300 femicides were registered in Turkey last year; 171 further deaths were recorded as "suspicious", including alleged suicides. When it comes to the prosecution of murderers and launching criminal proceedings against rapists and sex abusers, processes are sluggish and careless.

The Turkish women’s movement has been protesting on city streets for years. It hoped for backing from the Council of Europe’s Istanbul Convention. In 2014, signatories to the agreement committed to creating legal frameworks and approaches to combat violence against women. But the Turkish government’s recent decision to withdraw from the convention has triggered a wave of fear and horror among women.

No one could have predicted that these developments would give the Netflix series "Fatma's Revenge" a powerful, almost programmatic currency. The story is that of a woman who becomes a heroine meting out harsh punishment for humiliation, threats and sexual persecution. How could pro-government, "loyal" media (ironically dubbed yandas media or 'slanted media') and the fatherly "Reis" (chief), the Turkish President himself, have missed that?

Home
Print
Newsletter
More on this topic
Istanbul Convention: How a European treaty against women's violence became politicisedTurkey's femicide problem: "It was suicide!" – a state-sanctioned cover-up?The Istanbul Convention and women's protection: Bombing the heart of the family in Turkey?Islamic popular culture: A match for Bollywood – the rise of Turkey's dizisTurkey's handle on soft power: Hit TV series from Turkey conquer the Arab world
Related Topics
Gender, Media in Turkey, Muslim women, New media in the Muslim world, Recep Tayyip Erdogan, Sexism and violence against women, Turkey and the EU, Turkish cinema, Women in Turkey
All Topics

Some companies in Germany are reluctant to hire Muslims. But it is not only the Muslim applicants who are losing out, so too are the companies. After all, there are multiple ... END_OF_DOCUMENT_TOKEN_TO_BE_REPLACED

Artists and intellectuals in Turkey are coming under massive pressure. Since the attempted coup against Erdogan by parts of the military in 2016, the government has intensified ... END_OF_DOCUMENT_TOKEN_TO_BE_REPLACED

The disappearance of Razan Zeitouneh and her colleagues has been one of the greatest mysteries of the Syrian war – until today. DW's investigative unit hunted clues across six ... END_OF_DOCUMENT_TOKEN_TO_BE_REPLACED

How can the various realities of Kurdish life, shaped by depression, resistance and war, be depicted in art? This is the question addressed by the “bê welat – the unexpected ... END_OF_DOCUMENT_TOKEN_TO_BE_REPLACED

Almost all NATO troops have withdrawn from Afghanistan. Turkey is looking to fill the gap and is offering itself as a new protective power. But the Taliban are sending clear ... END_OF_DOCUMENT_TOKEN_TO_BE_REPLACED

Turkish refugees are for the most part invisible in Greece. In her film debut, the Greek journalist and filmmaker Marianna Kakaounaki portrays the fate of Turkish followers of the ... END_OF_DOCUMENT_TOKEN_TO_BE_REPLACED
Author:
Jochen Menzel
Date:
Mail:
Send via mail

END_OF_DOCUMENT_TOKEN_TO_BE_REPLACED
Social media
and networks
Subscribe to our
newsletter