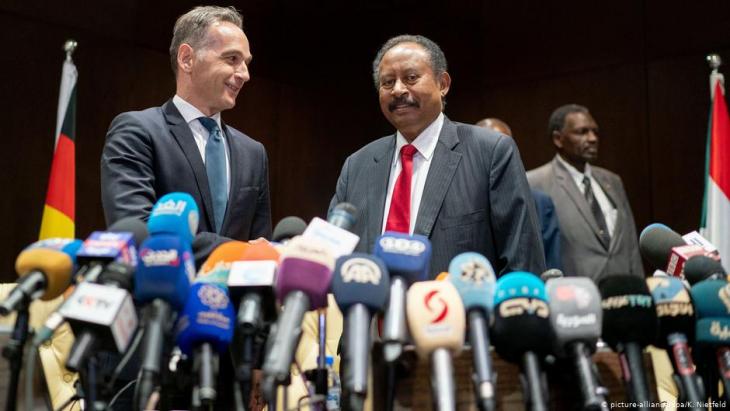 Horn of Africa
Give Sudan's fledgling democracy the support it deserves!

Sudan today is on a knife-edge: it can evolve toward peace and democracy, or spiral into instability and violence. Vital and timely international assistance can make the difference between success and failure for the new government. By Ibrahim Elbadawi and Jeffrey D. Sachs

On 19 December 2018, peaceful protests erupted spontaneously in cities across Sudan. Just four months later, the brave demonstrators succeeded in ousting the despotic regime of Omar al-Bashir, who had ruled the country for 30 years. Remarkably, it was Sudan’s most oppressed social groups – women, young people, and ethnic minorities – who led the way.

In August, Sudanese civil-society and military leaders signed the Draft Constitutional Declaration. This power-sharing agreement paved the way for the formation of a transitional government that will serve for three years and three months, at which time Sudan will hold a democratic election. The new government includes the country’s first female chief justice, two female members of the Sovereignty Council, and its first female foreign minister (one of four women in the cabinet). It also includes several technocrats – most notably the prime minister – who have worked for international organisations.

The partnership between civilian leaders and the military has saved the country from a protracted and deadly civil war. The new government’s three urgent priorities are to resolve Sudan’s on-going internal conflicts, re-settle millions of internally displaced people and rebuild the country’s devastated economy.

A desperate need to find solutions

Today, destitution is rampant after three decades of mismanagement, corruption, war and internal division. According to the International Monetary Fund, Sudan’s GDP per capita in U.S. dollar terms has declined by half since 2013. Moreover, the IMF expects the economy to contract by 2.6% this year, with inflation exceeding 50%. Unemployment is above 20% and Sudan’s gross government debt is more than 200% of GDP. 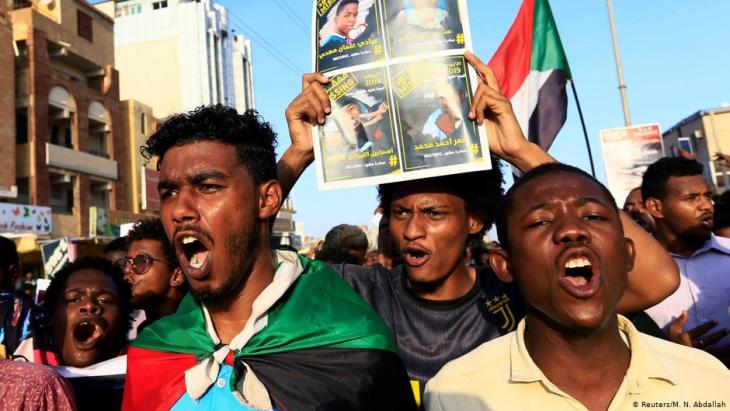 Out with the old: Young Sudanese demonstrated in September 2019 for the abolition of their former Islamist dictator's National Congress Party, a popular demand that was passed into law by the interim government under Abdalla Hamdok last week. Yet much more needs to be achieved if the fledgling democracy is to survive. Most urgently, Sudan needs the United States government to remove regulatory barriers to commerce, finance, and the movement of people

Internal peace now depends on finding solutions to Sudan’s huge challenges. Sudan has suffered a catastrophic loss of export earnings from oil since 2011, because the bulk of its oil production was located in what is now South Sudan, which became independent after a referendum backed by the Western powers. As a result, the country urgently needs to establish new industries and modernise its vast agricultural sector.

Sudan today is therefore on a knife-edge: it can evolve toward peace and democracy, or spiral into instability and violence. In our respective careers, we have seen both types of outcome. In Poland, one of us (Sachs) watched and participated in the consolidation of democracy and the restoration of economic growth after the country’s communist regime collapsed 30 years ago. Yet both of us also have witnessed bad situations becoming even worse, as unfulfilled expectations, demagoguery and ethnic strife led to years of violence, instability and economic collapse.

Research project "The Global Qur'an", brainchild of Professor of Islamic Studies Johanna Pink and sponsored by the European Research Council, analyses the history and ... END_OF_DOCUMENT_TOKEN_TO_BE_REPLACED

A wedding extravaganza of bright colours, flowers, feasting and dancing, yet the bride, Nefie Eminkova, who comes from Bulgaria's Pomak – Muslim – minority, can see none of it. ... END_OF_DOCUMENT_TOKEN_TO_BE_REPLACED

As the Western world emerges from a holiday season made less festive by COVID-19, millions of children in Afghanistan are starting 2022 facing the prospect of famine, illness, and ... END_OF_DOCUMENT_TOKEN_TO_BE_REPLACED

Every year in December, the team at Qantara.de takes a look back at the articles that proved most popular with our readers. This year is no different. Here is a run-down of the ... END_OF_DOCUMENT_TOKEN_TO_BE_REPLACED

Jesus – Issa in Arabic – doesn’t merely enjoy the highest place among the prophets in the Koran. He is also revered in Islam’s mystical tradition for his message of love and mercy ... END_OF_DOCUMENT_TOKEN_TO_BE_REPLACED

The military in Sudan has never waged war against a neighbour, but it has already staged 17 coups. Tens of thousands of people are risking their lives to oust the military by ... END_OF_DOCUMENT_TOKEN_TO_BE_REPLACED
Author:
Ibrahim Elbadawi & Jeffrey D. Sachs
Date:
Mail:
Send via mail

END_OF_DOCUMENT_TOKEN_TO_BE_REPLACED
Social media
and networks
Subscribe to our
newsletter