How European is Istanbul?

Europe and Turkey have a lot in common. Istanbul for one. The metropolis of 15 million is not merely geographically part of Europe. A foray through the city of contrasts. By Julia Hahn and Rena Effendi 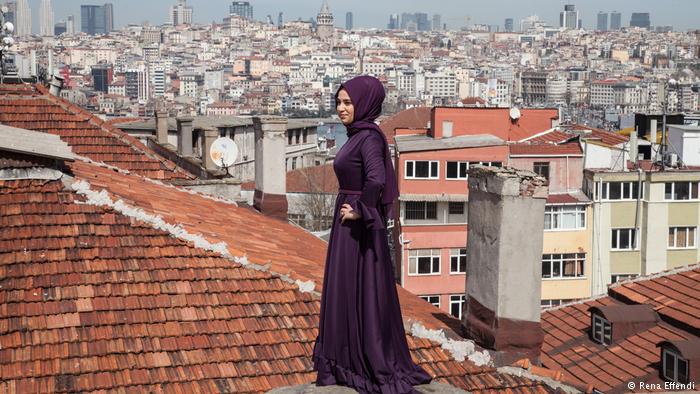 Istanbul defies definition: Istanbul is the world's most famous city to rest on two continents: Europe and Asia. Here, unlike almost anywhere else, tradition collides with modernity, religion with secular lifestyles. Many say that is exactly what makes Istanbul so magical 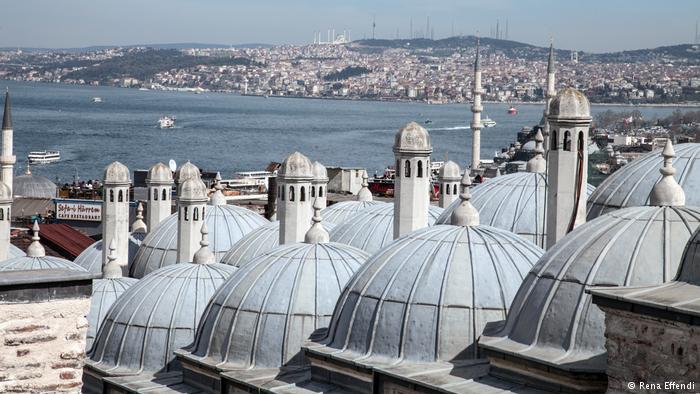 Two millennia as a metropolis: Istanbul looks back on more than 2,600 years of history that has left an indelible mark on its cityscape. Various rulers fought to control it: Persians, Greeks, Romans, and Ottomans. "Constantinople" was the centre of the Byzantine and later the Ottoman Empire. The city was renamed Istanbul in 1930 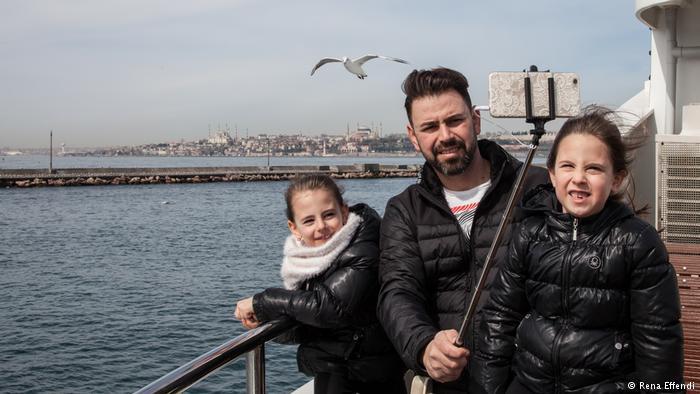 Between worlds: the Bosphorus is the soul of Istanbul. The strait separates the European and Asian parts of the city. Every day ferries carry tens of thousands of people from one side to the other. Seagulls cry into the wind. Tea and "simit" — round bread with sesame seeds — are offered on board. It takes around 20 minutes to travel between Karakoy in Europe and Kadikoy in Asia 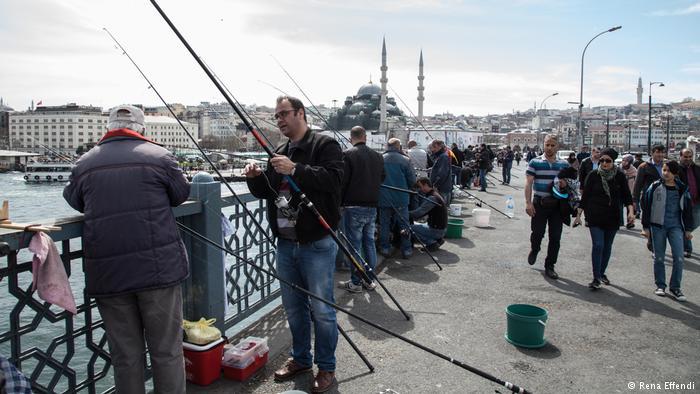 Bridges span continents: the Galata Bridge is a good place to watch boats — and much more. Fishermen stand shoulder to shoulder here, hoping for a good catch. In their midst: merchants, tourists, shoeshines, corn vendors. The first bridge was built here in 1845, when the city was called Constantinople 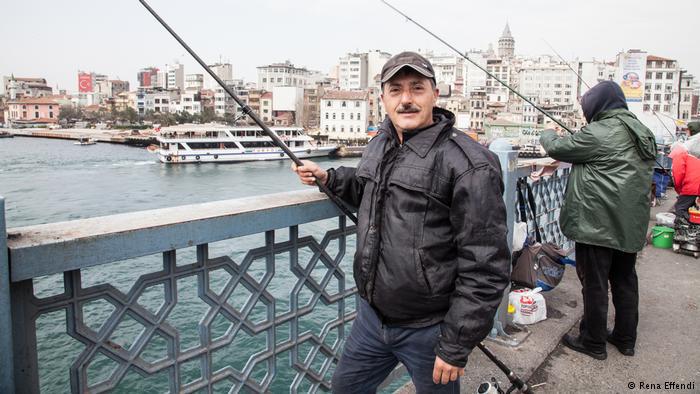 'Europe is a feeling': "My name is Vefki," says one of the fishermen, waving us over. "I feel European. We want more freedom, which is why Turkey and the EU should come closer together again," he says. Vefki is a pensioner and fishing is his hobby — as well as an additional source of income. He sells 2 kilos of fish for around €8 at the market, he says 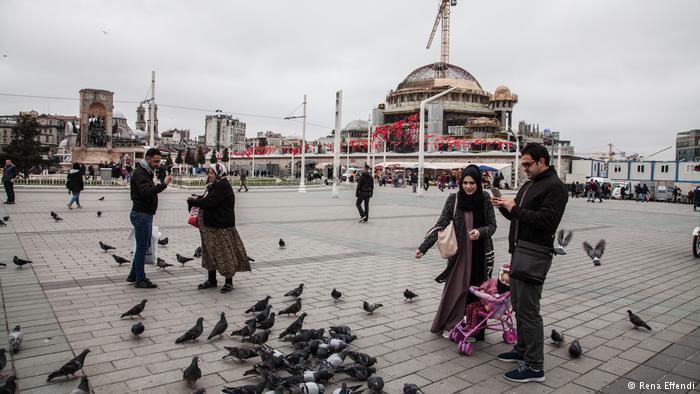 Minarets at the heart of the city: building machinery hums on Taksim Square at the heart of the city. A new mosque is being built at lightning-speed — and a 30-metre high cupola and two minarets. It's meant to be completed in time for the general election in 2019. Critics say Turkish President Recep Tayyip Erdogan is imposing a new identity on the square: conservative Islamic and neo-Ottoman instead of secular and European 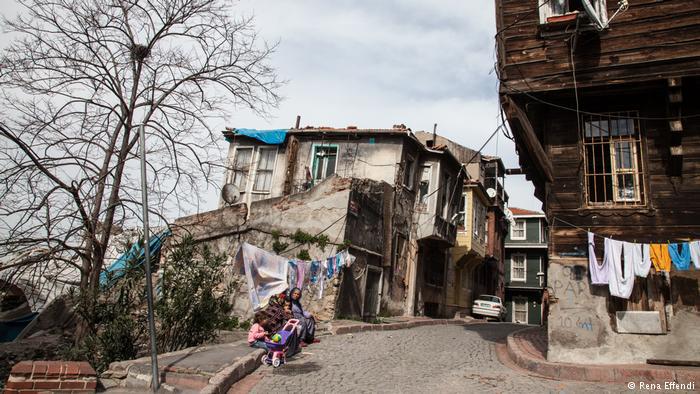 European and pious: everyday life in Istanbul's Fatih neighbourhood is rather more conservative, though it is located in the European part of the city. Many of those who live here came from Anatolia in search of work and a better life. Some call Fatih the "district of the pious"; this is where many loyal supporters of the Turkish president and his ruling AKP party live 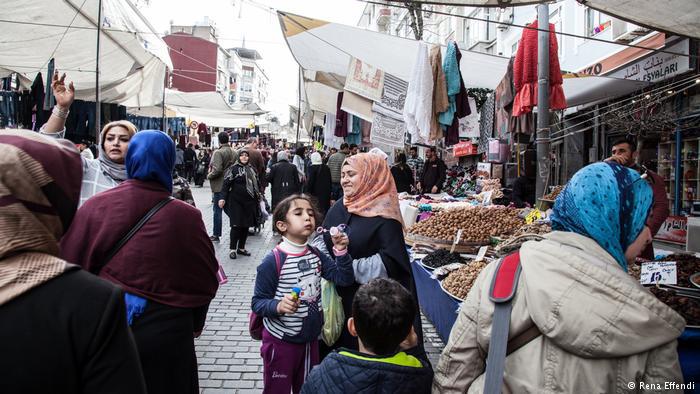 Shopping in the shadow of a mosque: a market takes place on Wednesdays near the mosque in Fatih. People hustle and haggle over kitchen appliances, clothes, bed linens, fruit and vegetables. Prices are lower than elsewhere in town. So are rents. Nowadays many Syrian families live in Fatih. Turkey has taken in more than 3 million refugees since the war in Syria began in 2011 — more than any other country 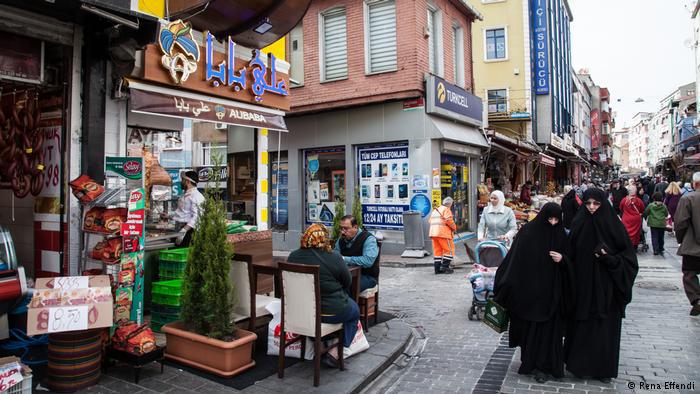 'Little Syria' in Istanbul: in the meantime, Fatih has become known for its Syrian restaurants: kebabs here come with extra garlic. The refugees are officially called "misafir", or "guests." Unlike in the EU, there is no such thing as being granted asylum here. Yet the government has promised Turkish citizenship to tens of thousands of Syrians. Critics see this as an attempt to win over additional voters 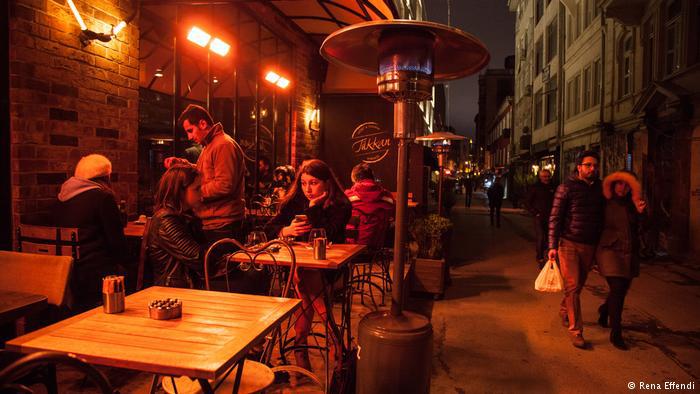 Nightlife in 'Hipstanbul': those who want to go out, party or drink alcohol must make their way to a different Istanbul neighbourhood: to Kadikoy, on the Asian side, or to Karakoy (above), one of the oldest quarters, which has been gentrified through and through. Locals and tourists meet in its cafes, concept stores and galleries. Hardly anyone here can make much of the government's conservative Islamic policies 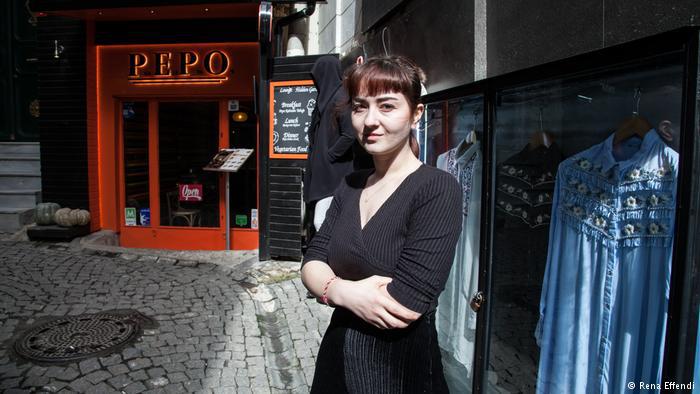 Tourists bring hope: "Istanbul has changed a lot," says Aysegul Saracoglu. She works in a designer store in the Galata neighbourhood, which is popular among tourists. "So many European tourists came here on holiday just a few years ago." Now mainly Arab tourists come. "It's not good for our business," she says. "I hope that changes again soon"

END_OF_DOCUMENT_TOKEN_TO_BE_REPLACED
Social media
and networks
Subscribe to our
newsletter