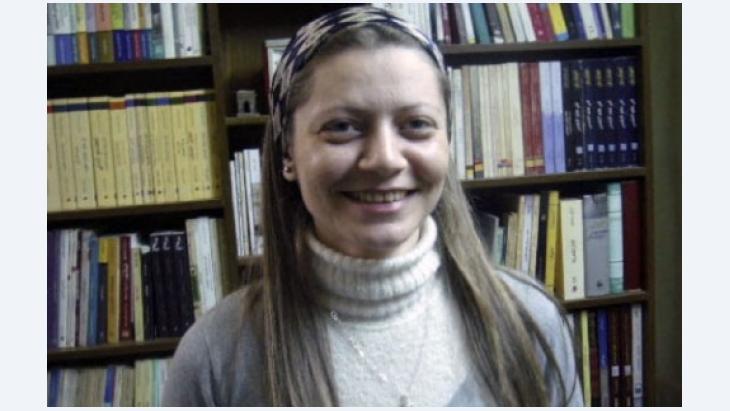 For some two decades, the lawyer, recipient of the Sakharov Prize, and head of the Centre for Documentation of Violations in Syria has tirelessly fought against the Assad dictatorship. Together with three other activists, she has recently been kidnapped in Syria. Details by Albert Kadir

"If something happens to me, a storm of indignation will break loose!" When Razan Zeitouneh uttered these words, she wore that provocative smile that she so convincingly possessed. And her words have proven true. On 10 December, the defiant human rights activist, her husband Wael Hamada, as well as the civil rights activists Nazim Hamadi and Samira Khalil from the Centre for Documentation of Violations in Syria were reported as missing. Media representatives and politicians both in Syria and abroad have declared this to be a bitter blow to civil society and have demanded the immediate release of the hostages.

Zeitouneh's prophecy was made in 2010, a time at which practically no one could have imagined her being kidnapped by religious radicals, which is the current suspicion. Her concern at the time was with the Syrian security services. They had interrogated her practically every day at her Documentation Centre. She had to put up with constant, excruciating harassment since 2001, when she worked in the bureau of the human rights lawyer Haytham al-Maleh and became one of the co-founders of a human rights association. 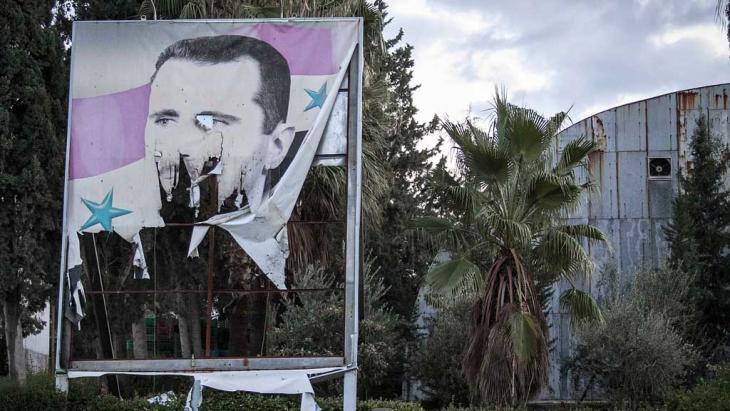 Opposition to despotism, authoritarian rule, and the suppression of democratic basic rights: Razan Zeitouneh, winner of the 2011 Sakharov Prize, has for many years stood up for the rights of political prisoners, for freedom of opinion, and for the documentation of human rights abuses in Syria

In 2004, this resulted in her being punished with an indefinite ban on leaving the country. Yet, Razan escaped the prison that Syria had become in her own way. Through the anonymity of the Internet, she created the Syria Human Rights Information Link (SHRIL), a data bank documenting the human rights abuses of the regime. It was meticulous in its detail, proving tireless and courageous in its single-handed efforts.

Branded as an enemy of the state

Then came the Arab Spring on 17 December 2010, and it looked like everything would change. In the wake of the so-called "Tsunami of the oppressed", which began in Tunisia and even included Syria in its grasp, it truly appeared as if Razan's dream of freedom and justice would finally be realized.

The general public abroad, having just discovered peace-loving Arabs supporting civil society through the blanket media coverage of the Arab Spring, soon concentrated its gaze upon the activist Razan Zeitouneh, especially since the liberal-minded young woman provided a sympathetic figure with whom they could identify. The regime did not underestimate the danger she posed. Only eight days after the outbreak of the Syrian uprising, state television declared Razan Zeitouneh to be a foreign agent and an enemy of the state.

For her and her husband, this was just the start of a seemingly never-ending odyssey from one hiding place to the next. They finally found a new home in Douma, a village some ten kilometres from Damascus.

At first, there appeared to be no problems with the rebels that controlled the area since January 2012. While in their midst, Zeitouneh felt relatively secure and out of reach of the regime. In addition, the fighters from the Free Syrian Army could benefit from being graced by the presence of the country's most prominent dissident. In early October 2011, Razan Zeitouneh was awarded the Anna Politkovskaya Award, named in honour of the Russian journalist, highly critical of the Russian government and murdered in 2006. Soon afterwards, Zeitouneh was awarded with the Sakharov Prize by the European Parliament.

However, Douma and eastern Ghouta were among the strongholds of the opposition and thereby magnets attracting Salafist fighters. It remains unclear who is the main target of their violence – the troops belonging to the Syrian dictator or unarmed activists. Zeitouneh refused to merely stand by in the face of these developments. She researched and documented all crimes – even those committed by the armed opposition to the Assad regime. 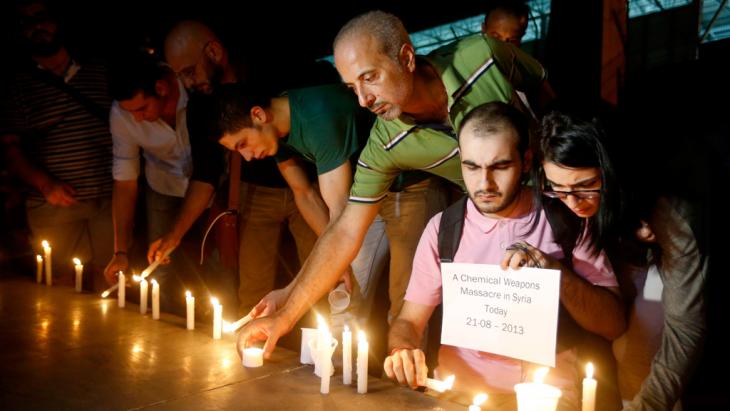 Mourning for the victims of the chemical weapons attack in Ghouta: According to a report by the United Nations, on 21 August 2013, missiles carrying Sarin gas were fired on the city of Ghouta near Damascus. The attack resulted in the deaths of some 1400 people, including children. The Syrian government and the rebels accuse each other of employing chemical weapons in the civil war

"We can't be allowed to become what we are fighting against," stated one of the slogans that the local coordination committee, co-founded by Zeitouneh, directed at the armed groups in December 2012. It was in vain. The crimes committed against the civilian population increased nation-wide.

Only ten days before she disappeared, Razan Zeitouneh published an article on the kidnapping of critical journalists by groups close to al-Qaida. Although the fearless activist thereby incurred the wrath of the Islamists, she nonetheless resisted abandoning her country. "I do not wish to miss even a single moment of this revolution," she had already stated in 2011, when her only worry was still the Syrian security forces.

The West, the Islamists, and the dictatorship

Yet, Razan Zeitouneh would probably preferred to have missed one moment in the upheavals. The Assad regime's attack on 21 August 2013 of the eastern Ghouta region with chemical weapons marked a turning point in the war, and a political turning point for the activist as well.

"As a human rights activist, who always firmly believed in the humanitarian principles of the United Nations, I could now discuss for hours on end about the horror and humiliation I have felt resulting from the UN resolution on the disarmament of Syrian chemical weapons," she wrote in newspaper of the NGO "Adopt a Revolution." "This resolution implies that the perpetrator, Bashar al-Assad, can remain in power for at least another year – and all this with the acquiescence of the international community!" she continued.

In the eyes of Razan Zeitouneh, the West, the Islamists, and the dictatorship have all done damage to the Syrian popular uprising. The West, unwilling to go beyond making generous gestures and awarding prizes, has proved incapable of helping the Syrian people free themselves from the grip of the murderous Assad regime. The Islamists have essentially provided support to the regime by pursuing dissidents. And, of course, the regime itself has proved itself to be a virulent opponent of any democratic opening in Syria and as being primarily responsible for causing the popular uprising in the country.

They’ve already got the Louvre; they’ll soon have a Guggenheim Museum as well – and now the Emirates have added literature to their quest for cultural supremacy in the Arab world ... END_OF_DOCUMENT_TOKEN_TO_BE_REPLACED

By stage-managing his re-election in a poll widely dismissed as a farce, Syria's President Bashar al-Assad has killed two birds with one stone: he has forced his compatriots to ... END_OF_DOCUMENT_TOKEN_TO_BE_REPLACED

In Islamic mysticism, Ramadan is more than just a period of prescribed abstinence, signifying an opportunity for inner contemplation. Marian Brehmer explores the spiritual ... END_OF_DOCUMENT_TOKEN_TO_BE_REPLACED

Syria's president appears to have triumphed. He remains in power, the Syrian conflict is nearly over, and efforts are underway in the Arab world to normalise relations with his ... END_OF_DOCUMENT_TOKEN_TO_BE_REPLACED

The neo-Ottomanism propagated by Erdogan has long been more than rhetoric and symbolic politics. This can be seen from recent developments in parts of northern Syria, where Turkey ... END_OF_DOCUMENT_TOKEN_TO_BE_REPLACED

Surging coronavirus cases in many parts of the world have overshadowed the start of this year's Muslim holy month of Ramadan, with festivities once again curtailed by contagion ... END_OF_DOCUMENT_TOKEN_TO_BE_REPLACED
Author:
Albert Kadir
Date:
Mail:
Send via mail

END_OF_DOCUMENT_TOKEN_TO_BE_REPLACED
Social media
and networks
Subscribe to our
newsletter