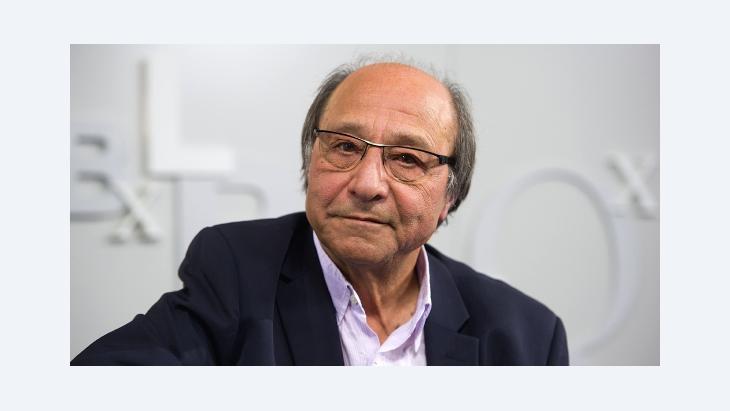 ''Human Rights as an Alibi'' by Bahman Nirumand

The Colonial Era Is Long Gone

In his new book, the German-Iranian journalist Bahman Nirumand appeals to the West to adopt a new foreign policy approach. Western politics should not align itself with the principles of realpolitik, but place much more emphasis on individual values. He says this is the only way to contribute to a stabilisation of the Middle East region. By Laura Overmeyer

Bahman Nirumand describes them as one of the "most wonderful achievements produced by humankind after millennia of history": human rights. But what is this recognition worth, he says, if the West itself – as the cradle of democracy and human rights – does not conduct itself in accordance with these principles? Or worse still: if it uses them as a cloak as it seeks to assert its own interests, whether these be economic or geopolitical in nature.

As an expert on the Middle East, Nirumand concentrates on the relationship of western states to the Middle East and their effect on the region: He mercilessly exposes circumstances and facts that cast European and US policies in a very bad light and raise the question of whether the West has ever overcome its old colonial mindset.

The true causes of terrorism

He uses examples such as a quote from George W. Bush, who spoke of a "crusade against barbarism" in the context of the War on Terror declared after 11 September, while his Italian counterpart Silvio Berlusconi emphasised the "supremacy and superiority of our western civilisation", as a justification for the necessary "westernisation" of Islamic societies. In this discourse, Islam was cast as the enemy.

"Crusade against barbarism": Bahman Nirumand mercilessly exposes circumstances and facts that cast European and US policies in a very bad light and raise the question of whether the West has ever overcome its old colonial mindset

​​But Nirumand takes a step back and asks where the true origins of radicalisation and terrorism lie. Islam itself is not the reason for it, but simply the means: "Of course every crime can shroud itself in religious garb, particularly at the point when faith is transformed into an ideology and used as a political instrument," he says.

In his view, an atmosphere of dissatisfaction, yes even anger, hatred and desperation is necessary for the development of radical ideas and intentions – a situation that is undoubtedly in evidence in Iraq, Afghanistan and the Palestinian territories. But where does this rancour come from, and who is creating this explosive mood?

Nirumand's verdict is tough and unambiguous: It is not his intention to absolve the despotic rulers of Arab countries both present and past of all blame for the escalating situation. It is however indisputable, says Nirumand, that the West's ruthless pursuit of its own interests has fuelled the crisis in the region and contributed to the creation of its own enemy, "terrorism".

Nirumand illuminates central processes and events in the Middle East and exposes better-known and less well-known connections between local developments and western influence in accordance with relevant interests.

The controversial wars in Afghanistan and Iraq, the demonization of Iran as a global threat, the all-out support for Israel and ignorance surrounding the lot of the Palestinians – all these actions and attitudes are underpinned by western selfishness, says Nirumand. The ostensible premise of promoting democracy and human rights only plays a minor role – if it is considered at all.

Moreover, the West has itself been responsible for moral-ethical misdemeanours, such as the torture of Iraqi prisoners at Abu Ghraib. "The blatant disregard of moral-ethical principles has not only delivered a mortal blow to the reputation of the West, and first and foremost the US, once regarded as the cradle of freedom and democracy. These days, what potentate would take seriously accusations of human rights abuses from the West?" asks Nirumand.

Large scale shipments of weapons from western governments to the Middle East crisis region also undoubtedly flies in the face of much-touted principles and the declared goal of stability.

In his book, Bahman Nirumand sharply condemns of the "ethically indefensible 'partnerships'" maintained by western states with autocratic regimes such as those of Saudi Arabia or the Gulf States. Pictured: protest against Germany's tank sale to Saudi Arabia in front of the Bundestag in Berlin

​​Nirumand then issues sharp condemnation of the ethically indefensible "partnerships" maintained by western states with autocratic regimes such as those of Saudi Arabia or the Gulf States.

"Should states that claim to honour human rights, democracy and freedom seal alliances with such nations and work closely together with them? The answer given by the West is: Yes, they should, if it serves their economic and geo-strategic interests," he writes.

The case of Saddam Hussein, or those of the dictators toppled during the Arab Spring, show just how quickly such a "strategic partnership" can tilt and how a close ally can turn out to be a dangerous despot.

Nirumand says: "Contrary to the assurances of their governments, western states have never seriously pursued a strategy of democratisation in the MENA region." The dictatorial regimes of these nations represented reliable partners for the West, and toppling them was not seen as advantageous or desirable.

"But when western governments realised that their long-time accomplices could no longer be propped up, they allowed them to fall. Yes, even more than that, they expressed their solidarity with the rebels, promising them every form of support, all the while doing everything behind the scenes to ensure their interests would remain protected despite the change of government," he writes. Such a strident tenor makes it clear in concrete terms what Nirumand means with his accusation of "human rights as an alibi". 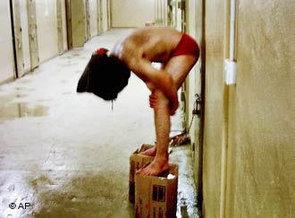 ​​In view of this overall appraisal, the question of how western Middle East policy can claw back some credibility is almost unavoidable.

Nirumand proposes this: "In order to win back the lost trust, the West must finally realise that the colonial era is long gone. It must accept nations outside the western hemisphere as equal partners and in its relationship with these, represent the authentic and not just verbal values and principles of which it avails itself.

Instead of establishing and supporting dictators, the West should support those masses of people who strive for freedom, independence and democracy."

Technological and economic support should be given to people in Arab nations: this would in turn promote education and prosperity thereby turning these nations into valuable, long-term trading partners for the West. Moreover, this is the most effective way to counter terrorism and fundamentalism, as further violence would only serve to evoke yet more of the same. 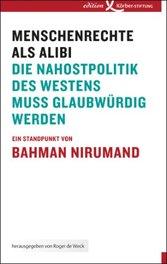 ​​In his essay, Nirumand lists an entire palette of incriminations that will be familiar to most. But his critical arguments are sharpened by the sheer concentration of these accusations. After reading the piece one cannot help but feel that rather than the dictatorial mullah regime, the West is actually the "rogue state" plunging the world into misfortune with its self-serving actions.

Nirumand undoubtedly presents his analysis in a well-founded and convincing fashion. But it cannot escape the reader's notice that he tends towards a black-and-white view of the whole. While his criticism that western Middle East policies lack a human rights orientation may appear justified, by pinning all the blame for the lamentable situation on the West, this indicates a one-dimensional view of history. Correlations are often more intricate, influences more difficult to comprehend.

Nirumand's problem-solving approaches also need to be made more concrete in the form of clear policy recommendations. He mostly leaves it at general suggestions that go some way in the right direction but that are very vague and barely tangible.

One doesn't have to subscribe to all Nirumand's views. But nevertheless one undoubtedly profits from his expertise in presenting complex events and correlations in comprehensible terms and reminding "westerners" of the basic principles of those very human rights and democratic liberties so often taken for granted here.

Bahman Nirumand (* 18th September 1936 in Tehran) is an Iranian-German writer and journalist.

Looking outwards with the knowledge from within: a conversation with the Iraqi writer Sinan Antoon on the future of his homeland. Interview by Lena Bopp END_OF_DOCUMENT_TOKEN_TO_BE_REPLACED

Political analyst Taqadum al-Khatib argues that Egypt can, in co-ordination with its European partners, develop a common vision to solve the complex conflict in Libya. For this to ... END_OF_DOCUMENT_TOKEN_TO_BE_REPLACED

At the suggestion of his Arab students, Israeli psychologist Ofer Grosbard created the project "Quranet", which uses texts from the Koran to solve educational problems in schools ... END_OF_DOCUMENT_TOKEN_TO_BE_REPLACED

Libyans have mixed feelings about the EU. On the one hand, they admire what Europeans have achieved, but on the other, they feel let down. Moutaz and Walid Ali report from Tripoli END_OF_DOCUMENT_TOKEN_TO_BE_REPLACED

Turkey's President Erdogan wants to create a second Bosphorus. The cost to the economy and environment would be enormous – and that's why Istanbul's mayor is attempting to stop ... END_OF_DOCUMENT_TOKEN_TO_BE_REPLACED

Libya is in turmoil and no political solution is in sight. The EU's inability to take concerted action in the country, meanwhile, is being exploited by third parties, such as ... END_OF_DOCUMENT_TOKEN_TO_BE_REPLACED
Author:
Laura Overmeyer
Date:
Mail:
Send via mail