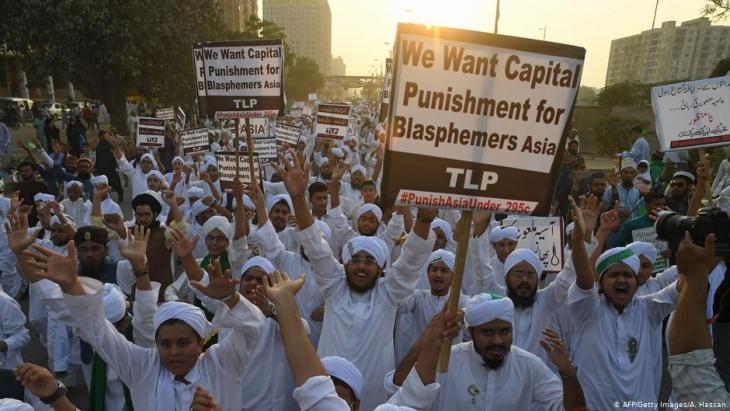 Many predominantly Muslim countries have penal laws against "blasphemy", "defamation of religion" and "apostasy". In practice they serve as highly effective weapons to settle personal animosities, family vendettas and land disputes. By Thomas Krapf

Asia Bibi on death row: an illiterate woman in solitary confinement, for almost a decade – 20 % of her life in living hell. Finally, in early 2019, the Pakistani Supreme Court acquits her. That story made international headlines.

Yet the international public is hardly aware of her on-going suffering after being released. In May 2019, she was able to leave for Canada – but her nightmare continued there: a religious fanatic posted a video demanding she be murdered. And that video-post still makes her fear for her life.

Bibi’s blasphemy charges? Fabricated nonsense, unworthy of further comment – but in Pakistan altogether normal. What is equally normal is the indifference of the international media. Bibi was the exception that proved the rule: the final stages of her ten-year-ordeal were a global media story, but the early chapters got little attention.

Tragedies like this shed light on the complexities of the on-going blasphemy mess. Hers has dragged on for over a decade, resulting in two assassinations. 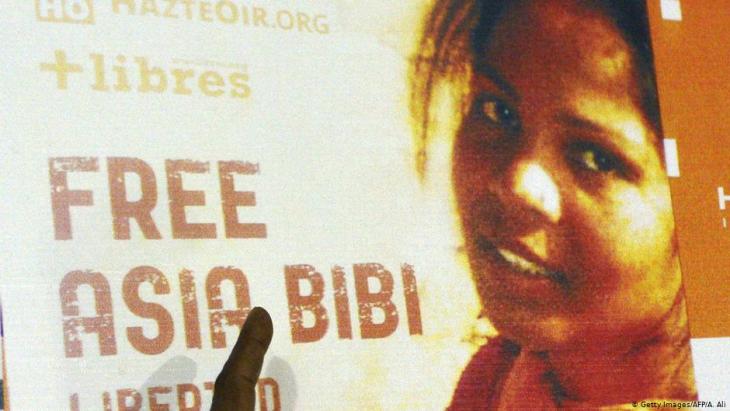 "Free Asia Bibi": the Supreme Court in Pakistan acquitted the Christian woman Asia Bibi in 2019 due to lack of evidence. Bibi was imprisoned for eight years in Pakistan following a death sentence for having allegedly insulted the Prophet. Her acquittal led to days of violent protests by religious hardliners. Bibi left weeks later in a secret operation after Canada granted her asylum

In 2009, Salman Taseer, the governor of Punjab, visited Bibi on death row. Stepping out of her cell he branded Pakistani blasphemy legislation “black laws”. In 2011, he paid with his life, and so did Shahbaz Bhatti, the federal minister for minority affairs. Both were targeted because they had dared to defend Bibi and criticise the blasphemy laws.

The governor’s assassin was his body guard. In a fair trial – which is worth noting in Pakistan – Mumtaz Qadri was sentenced according to the law of the land: capital punishment. Millions of Facebook followers and masses of typically illiterate sympathisers supported the cowardly, big-mouthed killer, who basked in the lime-light of a martyr (shaheed), for whom the doors of paradise are wide open.

Germany’s electorate includes some 7.4 million citizens with international roots, while many more millions of residents from abroad aren’t allowed to vote. Both groups are often ... END_OF_DOCUMENT_TOKEN_TO_BE_REPLACED

International relations are shifting across the Middle East as regional powers adapt to America's retrenchment and China's growing influence. Although the region could become the ... END_OF_DOCUMENT_TOKEN_TO_BE_REPLACED

A deluge of books, movies, series and cover stories: ever since the events of 9/11, the West has seemed almost manically preoccupied with Islam. Yet this has rarely led to deeper ... END_OF_DOCUMENT_TOKEN_TO_BE_REPLACED

Despite their promises of "moderate" rule, the Taliban have announced the end of mixed classes in universities and a ban on sports for Afghan women. Many are taking the streets to ... END_OF_DOCUMENT_TOKEN_TO_BE_REPLACED

Twenty years after 9/11, the world is faced with the dual challenge of Islamophobia and anti-Westernism. Ahmet Kuru argues that Muslims in the West, well versed in both Western ... END_OF_DOCUMENT_TOKEN_TO_BE_REPLACED
Author:
Thomas Krapf
Date:
Mail:
Send via mail

END_OF_DOCUMENT_TOKEN_TO_BE_REPLACED
Social media
and networks
Subscribe to our
newsletter