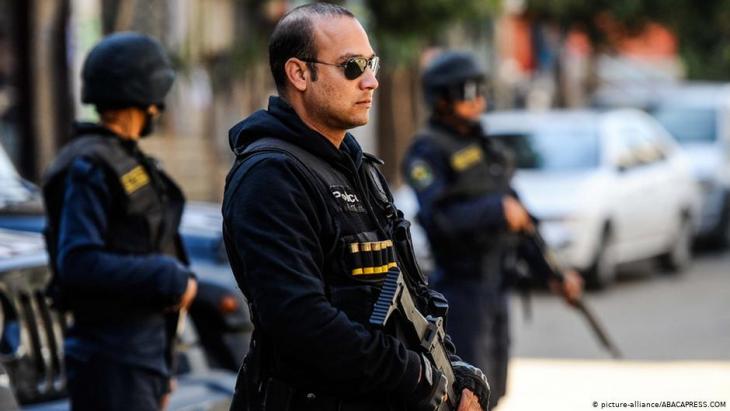 Last week Egypt's police stepped up an "unprecedented escalation" on activists by arresting a leading rights group director. Advocates on the Nile have long weathered a crackdown – what's new is detaining them for meeting foreign diplomats. Tom Allinson reports

Egyptian authorities arrested three human rights advocates last week in apparent retaliation for a meeting with senior Western diplomats – in an "unprecedented escalation", according to Egyptian and international rights groups.

"This is the first time we have faced arrest for talking to foreign diplomats," said one civil rights lawyer in Egypt, who did not want to be named for security reasons. "Egyptian people always talk with European delegations, the U.S. and British embassies, on a whole range of subjects including human rights, but this has not happened before."

The latest arrest came on the evening of 19 November, when Gasser Abdel Razek, director of one of Egypt's most prominent civil rights bodies, the Egyptian Initiative for Personal Rights (EIPR), became the third senior member of his organisation to be detained within a week.

Human Rights Watch researcher Amr Magdi said on Twitter that the campaign of arrests was "a spit in the face of diplomats who met with the EIPR." 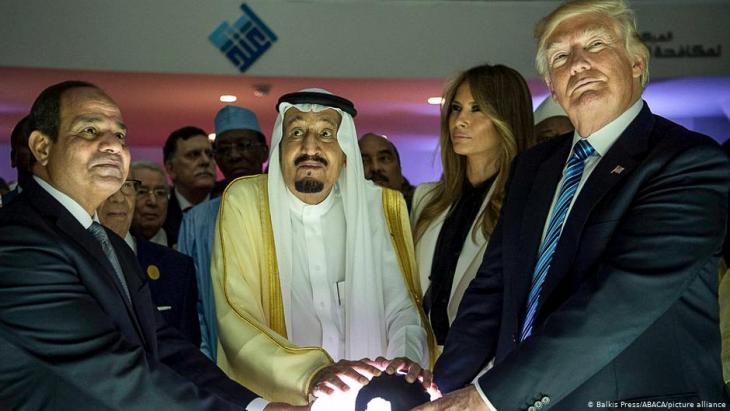 Someone's 'favourite dictator': since seizing power, Egyptian President Abdel Fattah al-Sisi has conducted a sustained crackdown on all forms of dissent and criticism of his government with many detainees facing flimsy charges relating to what authorities consider attempts to destabilise the state. Recently this has been accompanied by an alarming rise in the use of the death penalty, with 53 executions carried out in October

The previous Sunday, authorities arrested Mohamed Basheer, the office manager of the organisation. The EIPR released a statement last Monday saying security forces questioned Basheer on the group's work and a meeting it held with 13 mainly European diplomats on 3 November, where members discussed human rights in Egypt.

Abdel Razek told local media before his arrest that Basheer's detention was a direct response to that meeting, which included representatives from Canada, Germany, the UK and France, seen as important allies to Egypt. Then on Wednesday, authorities arrested Karim Ennarah, the director of criminal justice at the EIPR, and took him to an unknown location before he faced prosecutors in Cairo on Thursday.

Ever since a 2007 decree by the Canadian parliament, October has been celebrated as the country's Islamic History Month. Four weeks of events across the country highlight the ... END_OF_DOCUMENT_TOKEN_TO_BE_REPLACED

Iranian-Canadian author Ava Farmehri’s debut novel paints a bleak picture of growing up in Iran after the Islamic Revolution. The book is both a prison novel and a reflection on ... END_OF_DOCUMENT_TOKEN_TO_BE_REPLACED

In France and in Canada's Francophone province of Quebec issues of personal freedom have recently been thrown into sharp relief. In Quebec, legal proceedings have been initiated ... END_OF_DOCUMENT_TOKEN_TO_BE_REPLACED

A friend of the murdered journalist Jamal Khashoggi, Omar Abdulaziz is a thorn in the side of Saudi Arabia. Living in exile in Canada, the activist has been warned by the police ... END_OF_DOCUMENT_TOKEN_TO_BE_REPLACED

In 2017, Sarah Hegazy was arrested in Cairo for displaying a rainbow flag, the symbol for homosexuality and queerness, at a concert. The activist recently took her own life in ... END_OF_DOCUMENT_TOKEN_TO_BE_REPLACED

In June Canada's French-speaking province Quebec passed Bill 21, banning the wearing of religious symbols or garments by certain public servants in the workplace. Aside from the ... END_OF_DOCUMENT_TOKEN_TO_BE_REPLACED
Author:
Tom Allinson
Date:
Mail:
Send via mail

END_OF_DOCUMENT_TOKEN_TO_BE_REPLACED
Social media
and networks
Subscribe to our
newsletter