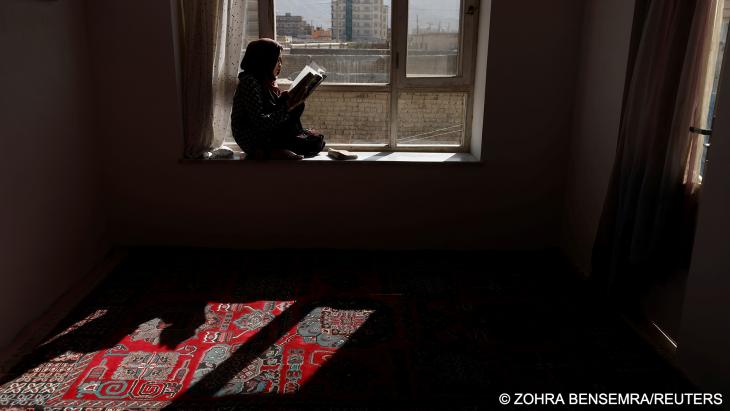 The "Weiter Schreiben" (Keep Writing) project promotes literature from war-torn and crisis-stricken regions and has, most recently, shone its spotlight on Afghanistan. Afghan author Hussein Mohammadi's debut novella is an outstanding work that crosses frontiers. Gerrit Wustmann read the book

In regions stricken by war and crises or in repressive states, authors often find themselves in a dire situation. After all, it is always the free word that is first to fall beneath the wheels of any regime: books and other publications are censored or banned altogether; writers are persecuted, driven into exile, imprisoned or even murdered. Literature is one of the key foundations of democracy and freedom – and no one understands this better than the world's despots.

Human rights, democracy – they all go back to literature and philosophy; it was only much later that these concepts prevailed politically. And it is precisely because this is still the case to this day and because literature and other arts act as a seismograph of societal developments that they are so dangerous for despots. 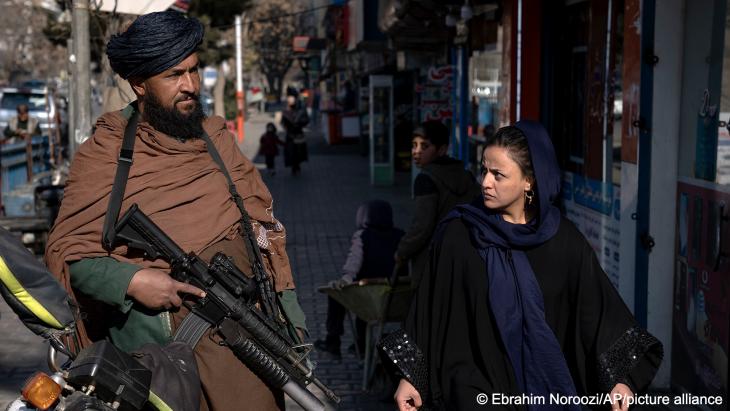 On 27 December, UN High Commissioner for Human Rights Volker Türk decried increasing restrictions on women's rights in Afghanistan, urging the country's Taliban rulers to reverse them immediately. He pointed to "terrible consequences" of a decision to bar women from working for non-governmental organisations

In light of this, international cultural projects take on even greater importance. One such a project is the Weiter Schreiben project, which was founded in 2017 by author Annika Reich. It brings together authors from war-torn, crisis-stricken or repressive countries, connects them to the German literary scene and seeks to help them keep writing and publishing.

In cooperation with initiatives like Untold and the University of Bern, Weiter Schreiben engineered an intensive exchange with female authors from Afghanistan, who, according to the project magazine published in April 2022, responded to the critical situation in their country in the summer of 2021, which was particularly frightening for women, by saying that this was exactly the time to keep writing, responding to the Taliban's campaign of terror with literature.

"Writing in a group became a kind of narrative therapy for us," says author Batool, referring to a Messenger group in which female writers communicated and exchanged ideas with the programme's initiators, while Taliban fanatics were rampaging through the streets once again. "For us, being heard is a matter of existential significance, as is having this safe space available to us." 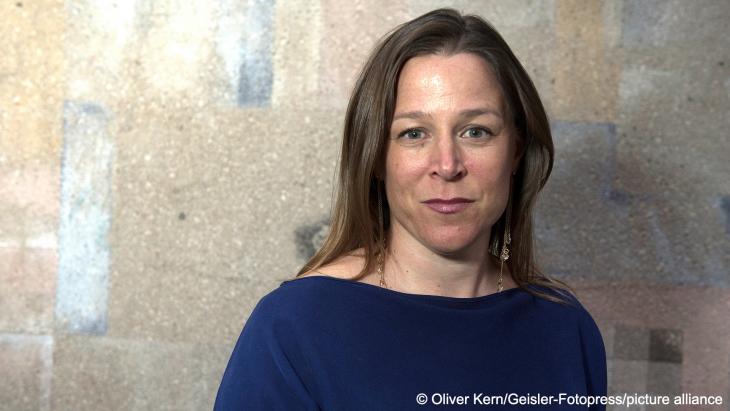 "People from crisis-stricken regions are often talked about in public discourse. Here, they are able to speak for themselves," says Annika Reich of the "Weiter Schreiben" project

Short stories and poems dealing with, among many other issues, the situation of women in Afghanistan today, were showcased in the magazine and later also at readings in Germany. At first glance, many of the texts share a very clear approach to language that is direct, open and orientated towards the facts. This is in stark contrast to texts that are composed without that same security of free publication and that consequently demonstrate a much more pronounced use of metaphor and dance around issues with language – a fairly common practice in Afghanistan and other countries with strict censorship laws.

"People from crisis-stricken regions are often talked about in public discourse. Here, they are able to speak for themselves," says Annika Reich, discussing the Weiter Schreiben project, and this is in itself an important aspect. 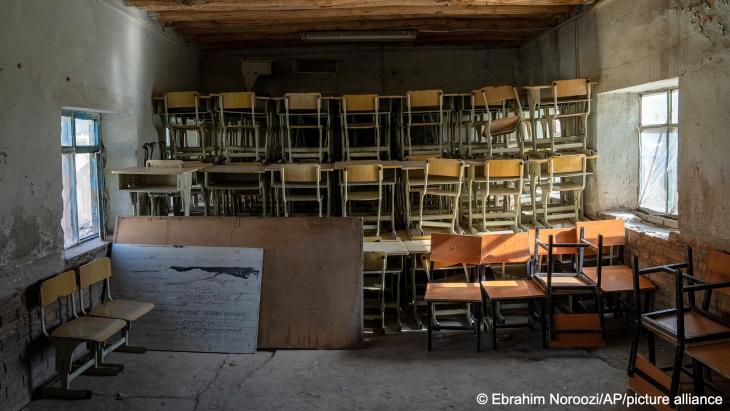 The long-term consequences of restrictions on girls and women in Afghanistan are horrifying. "For us, being heard is a matter of existential significance, as is having this safe space available to us," says author Batool, who took part in the "Weiter Schreiben" project

Hussein Mohammadi, a writer and visual artist who was born in Afghanistan in 1986, also participates in the project. He spent his childhood and youth in Iran, where he repeatedly experienced problems with censorship. That being said, life is not necessarily easy for Afghan refugees in Iran anyway as they are regularly subjected to marginalisation and repression. There is also a deep-seated anti-Afghan racism in many parts of Iranian society, which is sometimes fanned by government agencies.

In 2013, Mohammadi fled to Switzerland, where he still lives. And he seems to have truly arrived there – at least as far as his art is concerned: he has performed as an actor at the Experi Theater Zürich, exhibited some of his images, and written a fairy tale for SRF. And now, the first of three novels he has written has been translated by Sarah Rauchfuß and published in German by the Luzern-based Swiss publisher Edition Bücherlese.

A novel about Afghanistan before the return of the Taliban 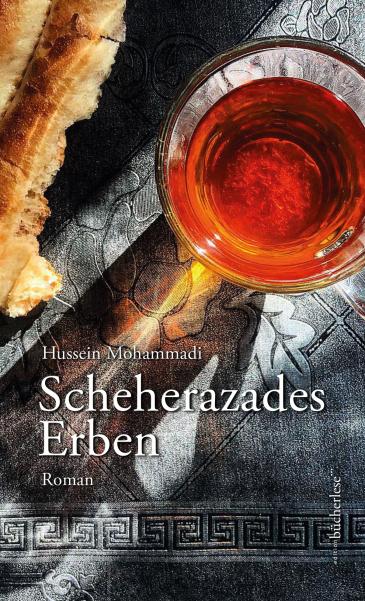 "With a breath-taking lightness of touch, Mohammadi manages not just to draw the reader into the lives of these very different people, but also to draw a complex – but always realistic – image of a deeply divided country repeatedly ravaged by war," writes Gerrit Wustmann

Scheherazades Erben (Scheherazade's heirs) is an impressive novella about Afghanistan before the renewed seizure of power by the Taliban, a book that is as sensitive as it is multifaceted and that tells the tale of the country, its people and its politics, which has treated the former two as its plaything time and again.

The novella begins with two brothers, Eshagh and Ahmad, in the car on the way from their little village to Kabul. Ahmad has never been to the big city, and it's been a while for Eshagh. The last time he was there, he was a Talib, and perhaps he still is. Either way, he is certainly a fundamentalist, a man who asserts his radical understanding of Islam at any price.

His son Nabi is just like him: a violent irascible type, feared by many, particularly the women of the village. This is the man who hopes to marry Ahmad's daughter, Masomah. But Masomah sets little store by traditional notions of gender roles, which see women forever bent over the stove, only venturing out into the street clad in the burqa. She has Ahmad to thank for this. Her father taught her to read and write, supplied her with literature and taught her to question dogma and to view God as an entity of goodness, a God who despises violence carried out in his name.

Ahmad has Eshagh to thank for the fact that he is still around at all despite his liberal views. His brother has prevented the Taliban from capturing him on more than one occasion.

Escape to Kabul and its consequences

But now Masomah has escaped with her boyfriend to Kabul, shortly before she was due to marry Nabi. From there, they hope to travel to Iran. This is more than Eshagh can take. He feels his family's honour has been slighted and wants to kill the couple. Naturally, he expects Ahmad to come to the same conclusion and lend him a hand.

From this point on, Mohammadi devotes each successive chapter to other people and their stories the moment their lives cross paths. First up is the policeman Zabih, whom Eshagh knows from his time in the Taliban, but who has long since sworn off the ideology himself. The extremists kidnapped him when he was a child and forced him to fight for them. However, when he was tasked with murdering a defenceless family, he threw his weapon down and succeeded in escaping. He is happy in Kabul, where life is freer, where women feel safe walking the streets without the full veil. Zabih loves his wife and his children and he takes his job seriously – within limits. He doesn't pursue small crimes if he can get some payment in return, even if it's just a packet of cigarettes.

Hussein Mohammadi's characters are ambivalent figures. The reader wrangles with them all. One moment readers might well understand their motives, the next, they might be appalled. These characters are real people, full of contradictions, far more than simple literary characters between the pages of a book. 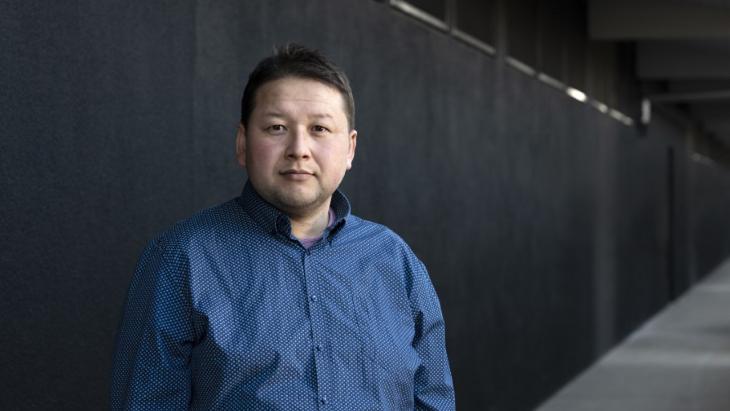 "The elegance with which Mohammadi weaves his tale, the way he picks up all the threads he has briefly touched on and brings them together at the end of the novella, the way he draws his characters with lean, clear strokes, is simply peerless," writes Gerrit Wustmann

Elegance and lightness of touch

With a breath-taking lightness of touch, Mohammadi manages not just to draw the reader into the lives of these very different people, but also to draw a complex – but always realistic – image of a deeply divided country repeatedly ravaged by war and its most recent history, and tries to comprehend why things are the way they are: "The conviction that they were separated from one another by religious and ethnic affiliations reached into the innermost depths of their beings and permeated them, the way warp and weft permeate a piece of woven cloth. Later, the adults passed this way of thinking onto their children. One can hardly imagine how they might ever change now."

When Eshagh gives Zabih a lecture in a Kabul restaurant on how "Western culture" is destroying everything, Mohammadi does not need to describe what Ahmad might be thinking. Ahmad's silence is enough, because we know what he thinks about his brother and what he believes the real problem is.

The elegance with which Mohammadi weaves his tale, the way he picks up all the threads he has briefly touched on and brings them together at the end of the novella, the way he draws his characters with lean, clear strokes, is simply peerless. It must be emphasised again that this is Mohammadi's first longer prose text, because it is easy to forget that, given how complete this book feels in every way. This is great literature; it is world literature in the truest sense of the word.

Translated from the German by Ayça Türkoglu

Since returning to power in Afghanistan, the Taliban have steadily eroded the rights and opportunities of women and girls, particularly their access to education. But Afghans are ... END_OF_DOCUMENT_TOKEN_TO_BE_REPLACED

Since seizing power in mid-2021, the Taliban have continued to restrict the rights of Afghan women and girls. At the end of 2022, they banned women from attending higher education ... END_OF_DOCUMENT_TOKEN_TO_BE_REPLACED

German imams have publicly expressed their solidarity with the women of Afghanistan. In a letter of protest, the clerics say that the Taliban regime's decree barring women from ... END_OF_DOCUMENT_TOKEN_TO_BE_REPLACED

At the end of every year, the team at Qantara.de gives you a run-down of the ten most-read articles on the site over the past 12 months. Here is a quick overview of the stories ... END_OF_DOCUMENT_TOKEN_TO_BE_REPLACED

The Islamic Republic has been unable to quell the civil unrest that erupted three months ago, after Mahsa Amini died after being detained for violating hijab rules. Now the ... END_OF_DOCUMENT_TOKEN_TO_BE_REPLACED

Education for girls and women is still possible in Afghanistan, says Reinhard Eroes of the Kinderhilfe Afghanistan initiative. In interview with Elisa Rheinheimer, he talks about ... END_OF_DOCUMENT_TOKEN_TO_BE_REPLACED
Author:
Gerrit Wustmann
Date:
Mail:
Send via mail

END_OF_DOCUMENT_TOKEN_TO_BE_REPLACED
Social media
and networks
Subscribe to our
newsletter