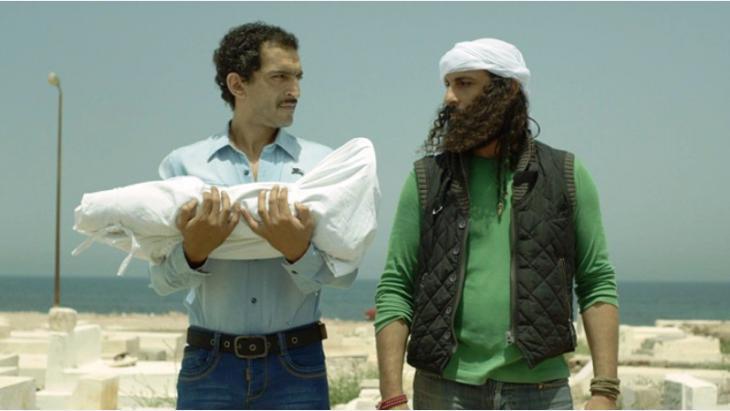 Ibrahim El Batout's new film "El Ott" is both shocking and disturbing. The gangster epic documents the harsh reality of life in Cairo's slums and tells of the trafficking of organs and humans in the Egyptian capital. By Sofian Philip Naceur

A black jeep pulls up at the side of the road. A young girl approaches from the shadows and reaches for a package that the person in the passenger seat is holding out of the window. Quick as a flash, the men get out and pull the screaming child into the car, which roars off into the night, tyres screeching. Unlike the two boys who were also abducted that night, who had their organs removed and were buried in a hole and covered in concrete, the girl will be lucky. She will be saved from the clutches of the abductors by El Ott, the hero played by Amr Waked in Ibrahim El Batout's new film.

El Batout's "El Ott" (Arabic for "The Cat") makes for disturbing viewing, right from the moment it begins. His new film is a gangster epic about dark human depths, a materialistic consumer society in which the life of the individual is no longer worth anything, and a parallel society where exploitation, repression and revenge rule. Even though the film touches upon basic conflicts that were main motivators for the Egyptian revolution – injustice, poverty and a lack of prospects – the film is not about the 2011 rebellion.

"The film 'El Ott' is concerned with human oppression and how this can lead to such an explosion," emphasises Al Hanafy, one of the leading actors and a co-producer of the film. "Several years ago, we filmed a documentary in Cairo's old town and discovered that people here had sold their kidneys to scrape together enough money for their wedding and a new apartment. They sold their kidney for somewhere to live and a family, for basic human needs," says Al Hanafy. "El Batout, who has worked for many years as a frontline war reporter and has seen a great deal of human suffering, could not forget this story and we decided to turn the issue of human trafficking in Cairo into a movie."

"El Ott" tells the story of a man whose daughter has disappeared without trace, and who decides to take matters into his own hands and confront the inhumane activities of an organ-trafficking gang. "El Ott" and his cohorts strike with ice-cold brutality, locate a middleman in downtown Cairo and kill him on the spot. The film reverses the roles and makes the unscrupulous child hunters into the hunted. Gangster boss Hadj Fathi, played by Salah Al Hanafy, is restless and tense; he knows that he could be the next one El Ott seeks to punish for his ruthless deeds.

The film portrays a bloody revenge campaign against those who help themselves, without any scruples or restraint, to the lives of innocent bystanders to secure their own survival in a world defined by injustice and violence.

"Why is everyone so opportunistic and concerned with their own interests? The key impact of this is, however, that we attack the most innocent things on earth, our children, and cut them into pieces," Al Hanafy emphasises. "In the film, we do not take a look at the materially-motivated theft of organs or the trade in organs per se, we shine a spotlight on the trafficking of humans. Humans sell humans to survive. But how have we become so materialistic that today, everything is for sale? That is a global problem. We sell humans, we sell souls."

The film is full of allusions to Egyptian mythology. El Batout cleverly contrasts the customs and beliefs of the old pharaohs with contemporary opportunism and practices such as organ trafficking. "For the pharaohs in ancient Egypt, the human body was sacred, and traditions such as the mummification of the dead are derived from this. This was always important to our civilisation and culture, but today we destroy and cut up the human body and tear it apart," says Al Hanafy. 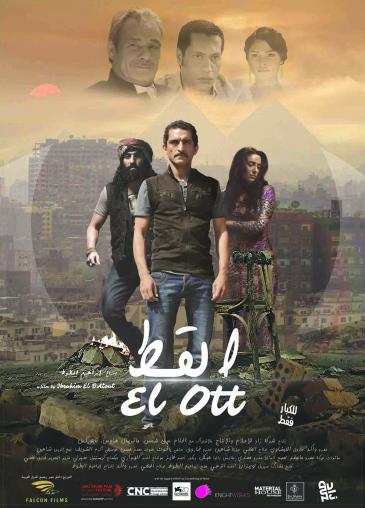 Amr Waked (as "El Ott") and Salah Al Hanafy (as "Haj Fathy") excel in the lead roles as two heroes who hunt each other down to achieve their goals. "El Ott" holds up a mirror to a cold-blooded materialistic society

"El Ott" celebrated its world premiere in late October at the Abu Dhabi Film Festival in the United Arab Emirates and was a big hit with audiences at the Cairo International Film Festival in November. The film was nevertheless given a controversial reception after the Abu Dhabi premiere. In view of some of the harsh criticism aimed at the film in Egyptian media, Al Hanafy suspects a campaign against those responsible for the independent production that has little to do with professional criticism.

Today, Egypt's film industry is characterised less by creativity and is much more geared towards profit and mass production. Independent actors come up against a great deal of resistance. Adaptions and remakes dominate Egypt's film market these days, leaving little scope for independent productions. Bureaucratic hurdles make it additionally difficult for independent actors such as Al Hanafy. El Batout's last collaboration with Waked and Al Hanafy, the 2012 film "Winter of Discontent" was, despite sluggish ticket sales, the most successful independent Egyptian production to date, and was screened in cinemas for four months.

Egypt's film industry is in crisis, says Al Hanafy. "What we're seeing today is commerce. The industry buys in Hollywood productions with well-known film stars, and cares little about their content. Many of these films are remakes and are just intended to make a profit," Al Hanafy continues. "Cinemas used to be rather like museums, they were cultural centres. Today, we often find cinemas in shopping centres, where they're nothing more than a shop among many other shops, places where things are consumed. We're not just finding this phenomenon in Egypt, we're finding it all over the world. Cinema visitors have become consumers."

Al Hanafy, on the other and, wants to realise new ideas, give talented screenwriters and directors a chance and create something original, something new. "We want to learn, we want to gain new experience, we want to share our experience with others and we want to motivate and encourage others. We want a collective movement, one that looks forward. We want to pursue a new, different path," says Al Hanafy.

Social media make many things possible – including the unwanted circulation of intimate private photos. This has given rise to new forms of crime and sexual blackmail. An ... END_OF_DOCUMENT_TOKEN_TO_BE_REPLACED

The change in U.S. president is also having an impact on the conflict between Turkey and Greece. Since the USA has started to play the Greek card, the strategic situation in the ... END_OF_DOCUMENT_TOKEN_TO_BE_REPLACED

Arab women played a leading role in the protest movement of 2011. Since then, ongoing social transformation has had a considerable impact on their lives. What is their assessment ... END_OF_DOCUMENT_TOKEN_TO_BE_REPLACED

They’ve already got the Louvre; they’ll soon have a Guggenheim Museum as well – and now the Emirates have added literature to their quest for cultural supremacy in the Arab world ... END_OF_DOCUMENT_TOKEN_TO_BE_REPLACED

Years in the making, Sisi's elite New Administrative Capital will isolate most Egyptians from their centres of government in an effort to fortify the regime against any social ... END_OF_DOCUMENT_TOKEN_TO_BE_REPLACED

Professor Timothy Brennan's "Places of Mind: A Life of Edward Said" is a detailed biography of one of the most important intellectuals of the twentieth century, taking us on a ... END_OF_DOCUMENT_TOKEN_TO_BE_REPLACED
Author:
Sofian Philip Naceur
Date:
Mail:
Send via mail

END_OF_DOCUMENT_TOKEN_TO_BE_REPLACED
Social media
and networks
Subscribe to our
newsletter