A Taliban Future for Egypt?

How likely is it that Egypt will opt for a Taliban future? Will Egyptians awake one morning to discover that the statues in the temples of Karnak, Luxor and Abu Simbel are no more? This may seem rather exaggerated, but recent years have seen the country's religious fundamentalists turning more and more to fanatical iconoclasm, says journalist Samir Grees 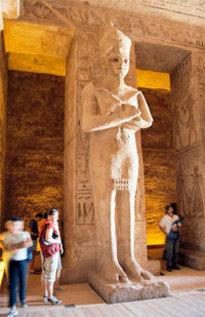 "Will there come a time when we will witness the destruction of the statue of Ramses II?" asks Samir Grees

​​ Egypt's arts community recently celebrated the hundredth anniversary of the country's Academy of Fine Arts. The occasion saw a special exhibition being held in the grounds of the Cairo Opera House, with over 400 exhibits from more than 200 Egyptian artists on display.

Sculpture and painting were of fundamental importance in ancient Egyptian culture. When Prince Youssef Kamal founded and funded the Academy of Fine Arts on 12th May 1908, he was attempting to bring a spirit of renewal into the fine arts. The Cairo Academy has turned out generations of artists over the years, many of whom have gone on to have a significant influence on the fine arts throughout Egypt and indeed the entire Arab world.

Among the most celebrated of these is sculptor Mahmud Mukhtar, creator of the famous "Nahdat Misr" (Renaissance of Egypt) sculpture, which stands in front of the University of Cairo, or the wonderful "Khamasin Wind". His sculptures represented a revival in the first half of the 20th century of an art form long ago mastered by the ancient Egyptians, as can be witnessed today by the visitor to Giza, Luxor or Abu Simbel.

Art in the time of hostility 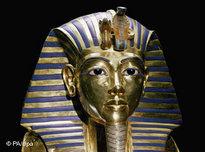 Although there is a growing interest in the Pharaonic works of art in Egypt, says Grees, it is not due to their cultural or aesthetic value, but rather to the income they generate

​​ Nevertheless, the recent celebrations have not been able to disguise the profound crisis affecting the Egyptian art scene. Currently there is a climate of hostility evident where literature, art, and in particular, sculpture are concerned. This has shown itself in the many scandals and numerous trials in which writers and intellectuals have become involved in recent times.

There have even been cases involving compulsory divorce, as with the reformer Nasr Hamid Abu Zaid, or the imposition of large fines as in the case of the poet A. Higazy or the literary critic Djabir Asfour.

The number of students enrolling at the Academy of Fine Arts continues to fall. This year there was only one applicant for a study place on the sculpture course. In order to avoid problems, the student was even advised to change to a less controversial subject.

The subject is controversial due to the issuing of a fatwa two years ago by the Grand Mufti of Egypt, Ali Djumaa. Sculpture, said the Grand Mufti, was contrary to the teachings of Islam.

The academy itself, however, owes its founding to another fatwa, something that Sheikh Ali Djumaa has apparently forgotten or decided to ignore. In 1908, the great reformer, religious scholar, jurist and Grand Mufti of Egypt, Sheikh Muhammad Abduh, had issued a fatwa that forbade sculptures only if used for purposes of worship. 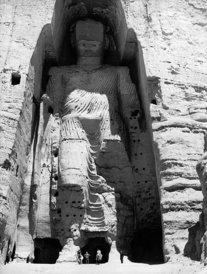 Afghan iconoclams: in 2001 the Taliban blew up the Buddha statues in Bamiyan. They are currently being rebuilt with Japanese and Swiss aid

​​In other words, idolatry was forbidden, not sculpture itself as such. Nowadays, it hardly seems likely that any Egyptian will lapse into polytheism, so a fatwa on this issue is completely superfluous.

Given the changing circumstances, the question of whether or not Egypt is likely to opt to go down the Taliban route becomes the obvious one to ask. Is it really possible that there may come a time when the great monuments of ancient Egyptian culture in Upper Egypt will be destroyed? Will we see zealous hordes storming the temples of Luxor, Dendara and Abu Simbel to implement the fatwa and to stop others losing the faith and falling prey to polytheism?

Is all the work and effort that goes into preserving the Pharaonic buildings and works of art all to be for nothing? Why bother to protect the Sphinx from the corrosive effects of groundwater, or request the return of the Nefertiti bust from Berlin, if these objects are nothing more than monuments to atheism and polytheism?

No appreciation of immortal works of art

It's strange that, on the one hand, the contemporary Egyptian is so proud of the "immortal" works of art and architectural monuments of ancient Egyptian culture, likes to boast about all the Egyptian treasures on display in the museums of the world and to gaze with pride on the obelisks in Paris, London or New York.

Like former Egyptian president Sadat, he will take every opportunity, whether appropriate or not, to invoke the five thousand year old Pharaonic culture. On the other hand, the old statues are at the same time viewed with suspicion and still referred to by the ordinary people as idols or "masakhit," misshapen figures.

The Egyptian economy relies on tourism and on the "pilgrimage" to the Pharaonic temples, and interest in these national treasures has actually been growing in recent years. However, this growing attention is not so much excited by cultural or aesthetic value, as by the source of income these treasures represent.

These works of art don't mean much to the ordinary Egyptian of today, faced with a daily struggle just to earn a living, there is nothing left for art appreciation. Were the works to be destroyed he would not even miss them. Their value comes purely and simply from the fact that tourists flock to Egypt from all over the world to see them.

For the majority of Egyptians – as much today as a hundred years ago – they remain idols, misshapen deformities, to be banished or destroyed. An attitude, unfortunately, that even the founding of an Academy of Arts could not do much to change.

Translated from the Arabic by Samir Grees. Samir Grees is a journalist and translator. He has translated many works of German literature into Arabic, including "Ein liebender Mann" (A loving man) by Martin Walser, "Die Klavierspielerin" (The Piano Teacher) by Elfriede Jelinek and "Der Kontrabass" (The Double Bass) by Patrick Suskind.

The Destruction of the Buddhas of Bamiyan
The Iconoclasm of the Taliban
Seven years ago Taliban militias in Afghanistan destroyed the two largest standing Buddha statues in the world. The shrine at Bamiyan was part of our world cultural heritage, and the international public outcry was enormous – but the loss was worst of all for the art and history of Afghanistan. Nasim Saber reports

Muslim-Christian Relations in Egypt
"We Are One People"
Relations between Muslims and Christians in Egypt are strained these days. Violent disputes are frequent. Now a film has come out that puts a satirical spin on the religious fanaticism and provides a glimmer of hope for peaceful coexistence. Jürgen Styriak reports from Cairo on "Hassan and Morcos"