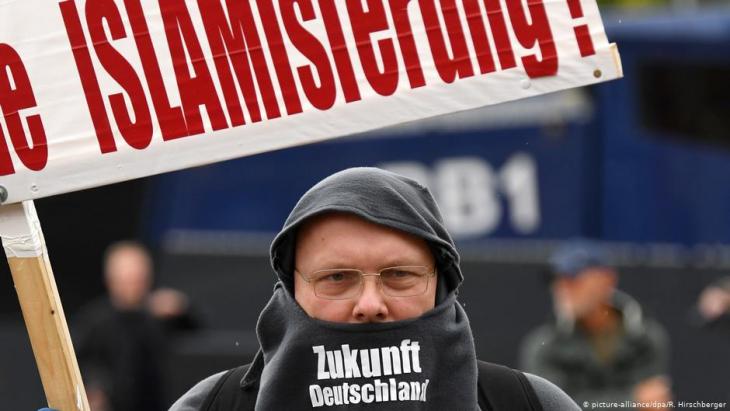 The champions of white identity are re-grouping. In the West hostility towards Islam has had its day. It is now being absorbed into common or garden racism, says Stefan Buchen in his essay

When the head of the economic wing of Germanyʹs CDU party, Carsten Linnemann, publishes a book titled "Political Islam does not belong in Germany", SPD party member Thilo Sarrazin interprets the Koran under the title "Hostile takeover", and Germany's new defence minister Annegret Kramp-Karrenbauer, chairwoman of the CDU party, explains on her first trip to the Orient how the Bundeswehr's Tornado reconnaissance planes are stopping the caliphate of the "Islamic State" from rearing its ugly head again, we may get the feeling that we've hit rock bottom.

We are scraping at the last vestiges of some already quite solidified dregs. All that talk about the Islamic menace, the Islamic challenge, the Islamic threat so keenly cultivated in the West over the past thirty or forty years has now run dry.

Not long ago German policymakers were still busy planning hundreds of new positions in the police forces and intelligence services to observe and track down political Islam. But in the meantime it seems to be dawning on the more alert minds among us that Islam is not (or no longer) an appropriate spectre to be combatting.

This trend is somewhat linked to the situation on the ground. Political Islam has lost its inner credibility, across all the forms in which it appears.

The failure of political Islam

The authoritarian regime of the Islamist Erdogan is wobbling: Turkey is weaker now than it was ten or fifteen years ago, when Recep Tayyip Erdogan was "only" a democratically elected prime minister and could present Islam as a source of inspiration for modern governance. The radiance of his early days has faded. 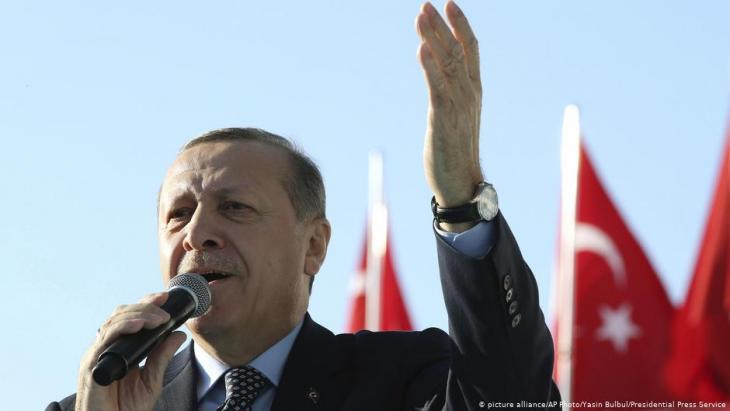 The AKPʹs political swan song: "the authoritarian regime of the Islamist Erdogan is wobbling: Turkey is weaker now than it was ten or fifteen years ago, when Recep Tayyip Erdogan was ʹonlyʹ a democratically elected prime minister and could present Islam as a source of inspiration for modern governance. The radiance of his early days has faded," writes Buchen

The Sunni Muslim Brotherhood was not able to rise to power anywhere, with the exception of its brief interlude with Mohammed Morsi in Egypt. The fact that the latter collapsed and died while acting as a defendant in court resonates with its own symbolic power.

The heir to the throne of the "Keeper of the Holy Places" of Islam, Mohammad bin Salman of Saudi Arabia, has been exposed to the whole world as a cowardly murderer.

Germany's foreign policy is explicitly values-based. But what happens, Ralf Bosen asks, when democracy, the rule of law and human rights collide with the logic of trade and ... END_OF_DOCUMENT_TOKEN_TO_BE_REPLACED

"The people aren’t ready for democracy" has been the constitutional basis for Arab tyranny, its favourite slogan and its sacred narrative for more than a century. Yet, asks Khaled ... END_OF_DOCUMENT_TOKEN_TO_BE_REPLACED

A new global database shows a significant gap in reported COVID-related deaths, suggesting the actual worldwide death toll is short by at least 1 million. That's due in part to ... END_OF_DOCUMENT_TOKEN_TO_BE_REPLACED

Two decades after the attacks of 11 September 2001, the West faces the shattered debris of its failure – not only in Afghanistan, but also in Iraq, Syria, Libya and Yemen. What ... END_OF_DOCUMENT_TOKEN_TO_BE_REPLACED

The coronavirus pandemic has turned lives upside down all over the world. In the Middle Ages, however, people lived with epidemics all the time. The best and most famous ... END_OF_DOCUMENT_TOKEN_TO_BE_REPLACED

In Ancient Egypt, the pharaohs had "solar boats" built to take them into the afterlife. One of these boats was discovered in 1954. It has now been moved to the Grand Egyptian ... END_OF_DOCUMENT_TOKEN_TO_BE_REPLACED
Author:
Stefan Buchen
Date:
Mail:
Send via mail

END_OF_DOCUMENT_TOKEN_TO_BE_REPLACED
Social media
and networks
Subscribe to our
newsletter