Idlib: Life among the ruins

War has been raging in Syria for eleven years. There are 2.8 million internally displaced people living in the Idlib region. Some of the families there have settled on archaeological sites to avoid paying rent. By Diana Hodali (with Reuters) 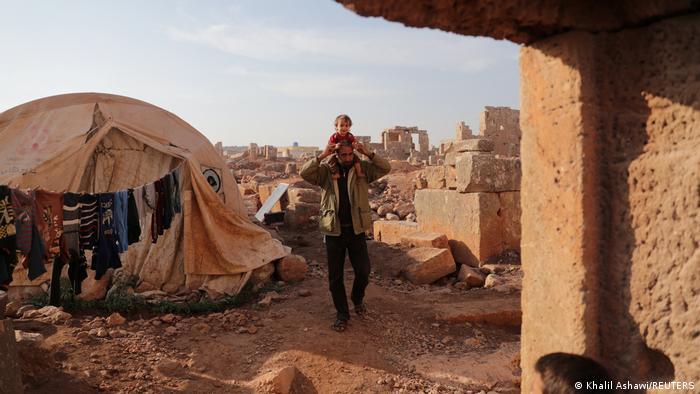 Mohamad Othman remembers his school trips to ancient archaeological sites in Syria well - he would never have guessed that one of them would later become his home. The family's tent is anchored with stones; they dry their laundry on a line stretched between the tent and an old stone portico 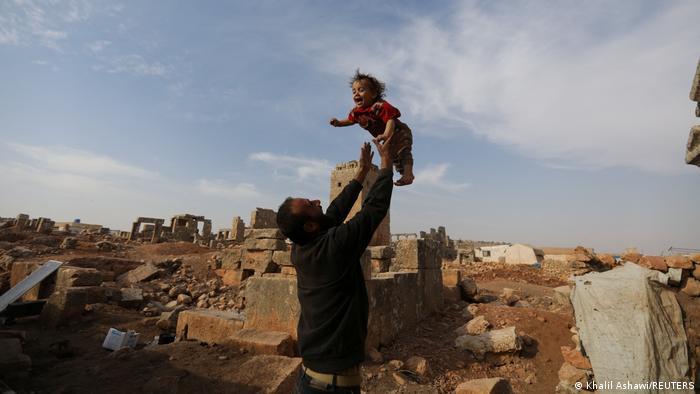 Once a house, now a tent: for the past two and a half years, Othman has been living with his wife and four children amid ancient ruins in Sarjableh near the Turkish border, along with 50 other families. Maarat al-Numan – the Othmans' hometown in northwestern Syria – had previously been bombed by government troops. The area between rebel and government troops came under fire several times. Their only option was to flee 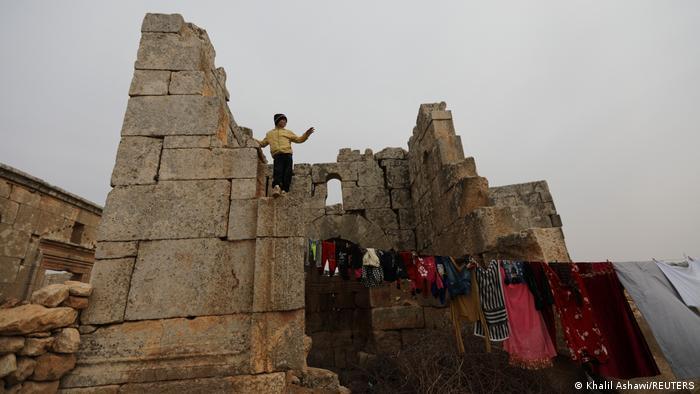 Seasonal work to survive: Othman depends on seasonal work. Sometimes, however, he has to borrow money. He and the other families live among the ruins of the early Christian settlement from the 5th century because they do not have to pay rent for pitching tents there. "We did not leave our land voluntarily to live in a place that has been uninhabited for thousands of years," says Othman 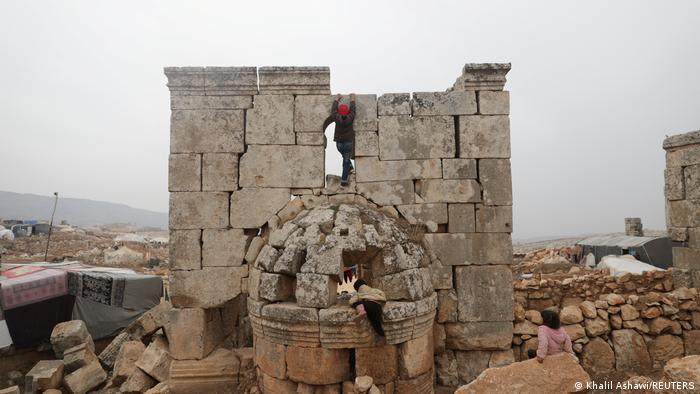 Dangers for children and adults: the children do not go to school. The ruins are their playground – an unusual, but also a dangerous place. Othman tells the Reuters photographer: "In summer we have to deal with scorpions, snakes and dust. In winter, the cold hits us." This winter it has been particularly bad: people in refugee camps in the Idlib region have frozen to death 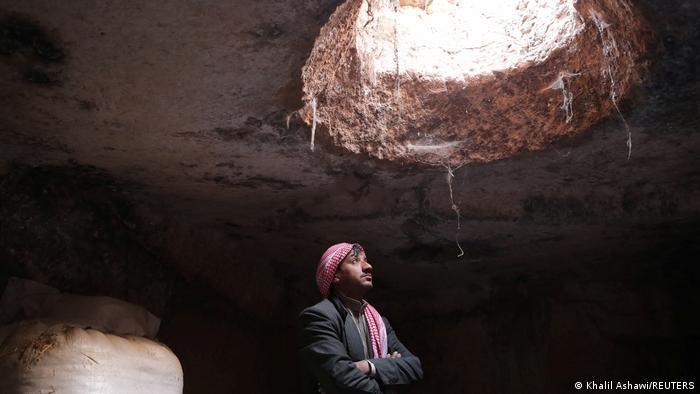 Mud and ruins in Babisqa: not far from Sarjableh, the ancient archaeological site of Babisqa also provides shelter for about 80 displaced families. Babisqa is part of the UNESCO World Heritage Site. Mahmoud Abu Khalifa lives with his family in the ruins of Babisqa. He tells us that he once owned land. "We could live well off it. We also had animals," he says. "Today we live among ruins in the mud" 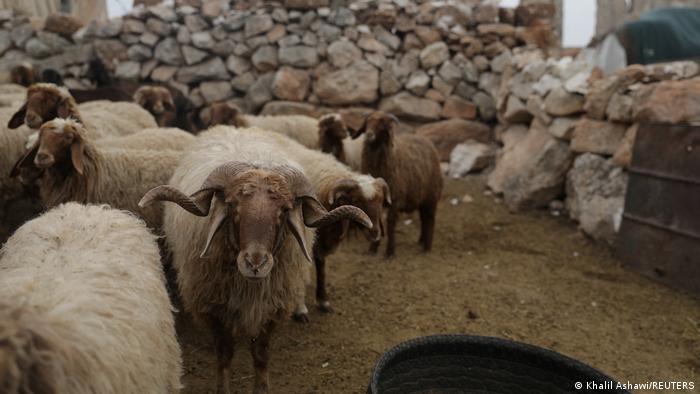 Living with sheep and goats: some people took their animals with them when they fled. Mahmoud Abu Khalifa is one of them. During the day, sheep and goats run around amid the old stones, while chickens peck at anything edible they can find on the ground. Abu Khalifa stores the animal feed, as well as the family's possessions, in an old cave 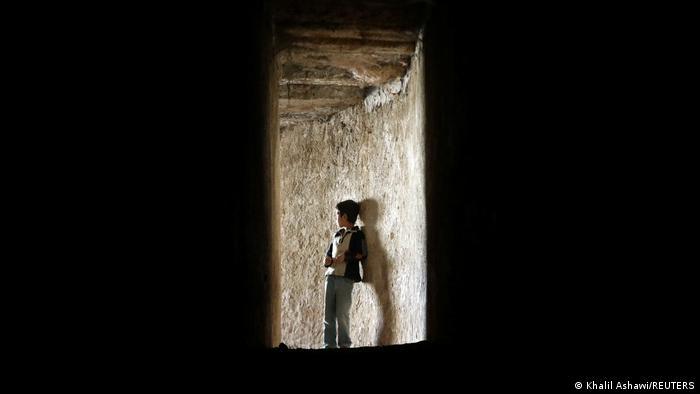 Wartime base: In the early years of the civil war, rebels used Babisqa as a base, operating militarily from old caves hewn out of the rock. Even today, cables and similar remnants of the opposition fighters from the time can be found there 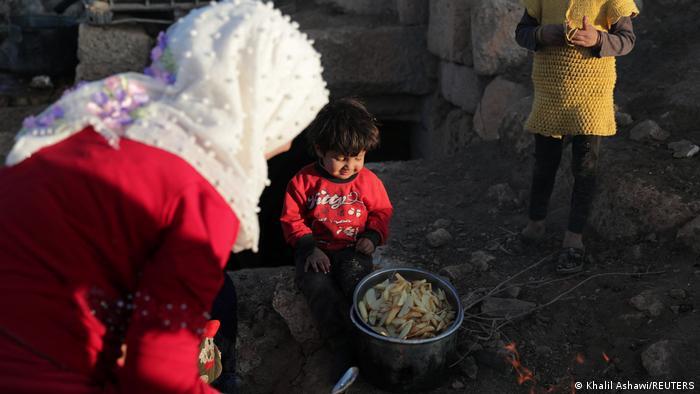 Longing to return: Mahmoud and Zahra Abu Khalifa have seven children. They all call the refugee camp in Babisqa "Kharrab Camp" – Ruin Camp. "The situation is desperate," says Mahmoud Abu Khalifa. After all, the Idlib region continues to be bombed by government troops. He wants a better life for his children. "Our only wish is to return to our villages"

END_OF_DOCUMENT_TOKEN_TO_BE_REPLACED
Social media
and networks
Subscribe to our
newsletter