No Hope in No Man's Land

Thousands of Palestinians are employed "illegally" on building sites in the Israeli-occupied areas. Israeli director Ido Haar's film documents the hard living and working conditions faced by the migrant labourers. Arian Fariborz caught up with him

Thousands of Palestinians are employed "illegally" on building sites in the Israeli-occupied areas – the new town of Ma'ale Adumin, near Jerusalem, being one example. Israeli director Ido Haar's film documents the hard living and working conditions faced by the migrant labourers. Arian Fariborz caught up with him 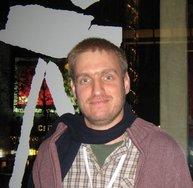 "Making the film really brought home to me the tragedy of all those young people, full of life and vitality, but with no prospect of improving their lives," says Ido Haar

​​How did the audience at this year's film festival in Jerusalem react to your documentary? Were people even aware of the very serious problems you address in the film?

Ido Haar: "9 Star Hotel" made a tremendous impression with many people at the festival. Even conservative Israelis were very shocked to learn of the working conditions faced by the Palestinians. When one is confronted with these things, one is forced to think differently about them. I had the impression that many of the filmgoers were left feeling very uneasy. Though the film is less about the Middle East conflict than about social, human problems, there is, of course, more than a shade of irony in a situation where Palestinian workers are building houses for the occupying force.

Your film shows the dire, miserable conditions faced by the illegal Palestinian construction workers, forced as they are to live constantly on their guard against police raids both at the building site and in their makeshift shanty huts in the hills surrounding Ma'ale Adumin. Has the building of the border fence made their situation worse?

Haar: Yes, due the terrorist attacks on Israel and following the building of the wall, the government has become much more restrictive in its issuing of work permits to Palestinians. Moreover, recently, more and more workers from China and Thailand have been brought in, though there are still many Palestinians working on building sites. Because there is such a shortage of workers, the building companies are willing to take a risk by bringing in illegal Palestinians; their building programmes would fall behind schedule otherwise.

But making the film really brought home to me the tragedy of all those young people, full of life and vitality, but with no prospect of improving their lives. I find it tragic for them, if you compare their situation with the opportunities we have here in Israel. I, for example, was free to choose to pursue a course in film studies. That's the sort of thing that many young Palestinians can only dream about.

​​Such opportunities just don't exist for them. And I am sure that Muhammad, one of the protagonists in my film, would have been a filmmaker had he not had to work on the building site. He has so much talent, and a poetic soul, something which comes across very well in the film. To me it has become clear that luck plays a big part in life, as does the country you happen to have been born in.

Was the most important thing for you in "9 Star Hotel" to show the social squalor and wretchedness that is the lot of the Palestinian workers?

Haar: I wanted to do more than that. I wanted the film to make people in Israel more aware of the lack of perspective, the frustration, experienced by the younger generation of Palestinians. People here still tend to think that the building of the wall has improved things because there are not as many Palestinian bomb attacks anymore. It's becoming harder and harder for young Palestinians to find work in Israel. But where are the alternatives for them in the autonomous areas? Poverty and unemployment rates are extremely high there and this allows Hamas to find recruits by offering financial support.

The result of all this is that the potential for frustration among the younger generation is increasing and with it the political violence – even more than in previous years. I have the feeling that the pent up frustration in the occupied territories is reaching boiling point and it is just a matter of time till the whole thing blows up in our faces. I love Israel; I grew up here. I made the film to give the Israelis a wake up call, to make them aware of what is happening, so that they don't allow themselves any longer to indulge the illusion that the separation wall makes any real difference to the situation or that our lives have suddenly become more peaceful. I am very worried about these young Palestinians and especially about our families in Israel.

What was it that made the biggest impression on you during the filming with the Palestinian workers?

Haar: Many people in Israel believe that the Palestinians hate them. But the film makes it very clear that this is not the case. It shows the Palestinians talking about the things they need just to get by from day to day – dealing with organisation, criticism and taking care of one another. For me this was astonishing, particularly since Israel carries a lot of the responsibility for this situation. Then there are the cultural and political responsibilities on both sides. That was fascinating to observe, and something that broadened my understanding.

Documentary Film
Rapping for Peace?
Is it even possible for young Israeli and Arab hip-hop musicians to be friends in times of the Intifada? Israeli filmmaker Anat Halachmi has examined this question in her new documentary Channels of Rage, in which she introduces two rappers, Subliminal and Tamer. Petra Tabeling reports on an unusual musical experiment.

War Crime Documentary
Sympathy with the Devil
For their documentary on the Sabra and Shatila massacres that took place during the Lebanese civil war, the film-makers chose to portray the perpetrators sympathetically in order to shed more light on the causes for war crimes. Christina Förch reports

Interview with Lina Makboul
Hijacker – The Life of Leila Khaled
The Palestinian-Swedish writer Lina Makboul provides a portrayal of the former Palestinian militant Leila Khaled in her film "Hijacker." The film addresses the distinction between terrorism and the struggle for freedom. By Petra Tabeling

END_OF_DOCUMENT_TOKEN_TO_BE_REPLACED
Social media
and networks
Subscribe to our
newsletter