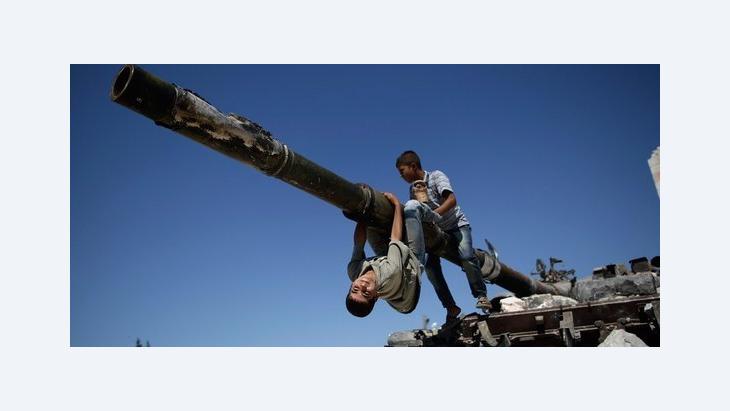 Somwhere between Art and Activism

﻿How have Syria's independent artists been addressing the escalating violence in their native country since the start of the uprising against the Assad regime? For the first time ever, the ifa-Galerie in Berlin is showing videos and short films by Syrian artists inspired by the revolution in an exhibition entitled "Bewegte Bilder" (Moving Images). By Charlotte Bank

A figure rises up from a grey mass on the ground. It grows and grows until it lifts up off the floor and becomes a heavenly body, initially shining and then descending again. In the animated video A Sad Morning, Every Morning, Syrian artist Kevork Mourad describes his emotions in response to the recurrently bad news reports that reach him every morning in his US exile.

For the artist, just as for so many other exiled Syrians, the perpetual concern for friends and relatives and the dismay at the destruction of towns and villages has become an integral part of everyday life, an element of reality that links them to their homeland in a new way.

If many artists and intellectuals left their home nation out of frustration at social and cultural stagnation and a lack of opportunities, they have been rediscovering their country over the past 20 months.

﻿A Sad Morning, Every Morning gives expression to the mixed emotions that come to the surface when following events back home – the initial relief that change finally appeared to be feasible, that people in Syria had overcome the crippling fears that condemned them to passivity for 40 years and then, to an increasing extent, the horror at the brutality with which the Assad regime defends its claim on power.

In the film Ibn Al Am Online by Mohammad Ali Atassi, opposition activist Riad al-Turk, one of the most prominent critics of the Baath regime, expresses his joy at the fact that the Syrian people have succeeded in overcoming their fear. 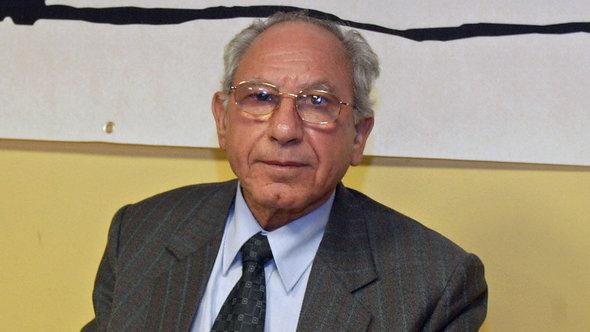 In the crosshairs of the Assad regime: Riad al-Turk "has paid a high personal price for his courage in rebelling against the regime, spending 17 years in prison, initially under Hafez al-Assad and latterly under his son Bashar. He is now in hiding in Syria"

Al-Turk has paid a high personal price for his courage in rebelling against the regime, spending 17 years in prison, initially under Hafez al-Assad and latterly under his son Bashar. He is now in hiding in Syria. In the film, which was made earlier this year when there was still hope that the end of the Assad regime could be imminent, he tells of his relief at the uprising, the courage of the Syrian people and the fact that lone critical voices such as his had now been joined by many others.

His voice is no longer important, he says; now the entire population should speak out, above all young people. One of the points that the filmmaker discusses in a lively manner with al-Turk is the lack of a clear stance in support of the uprising. Just as al-Turk has been reticent – for reasons of modesty – other Syrian critical intellectuals of the older generation have thus far issued no clear declarations of solidarity with the revolt and have also been sharply criticised for this.

Atassi's film is for the most part based on a Skype conversation between the filmmaker, who lives in Beirut, and al-Turk, who speaks from his Syrian hideout. This spotlights one of the rebels' most important technological tools. If Skype has become indispensable for direct communication and coordination among activists and rebels, since mid-2011, an unprecedented number of Syrian artists – whether in exile or within Syria itself – have been using social Internet forums such as Facebook and YouTube to adopt an artistic position on current events.

While some of the pieces in the exhibition are somewhere between art and activism and have the declared goal of social mobilisation, others more closely resemble contemplative reflections. And despite the ongoing violence back home, these pieces repeatedly reveal a glimmer of hope, a hope that eventually, it will not be the inhumane brutality of the regime that will emerge victorious, but the desire of Syrians for freedom and a life in dignity.

Holding on to hope

It is almost as though these Syrian artists have made it their duty to cling to this hope and repeatedly remind people of it. For example, Syrian artist Khaled Abdulwahed, who like Kevork Mourad lives in the US, makes a child's ball the focal point of his short video, Tajj. Abdulwahed returned to Syria for a short time in the summer of 2012 to work on a film project, but also to gain a better impression of the situation back home. On his return to the US he made Tajj, a film about a child's capacity to continue playing in the midst of battles and rubble. 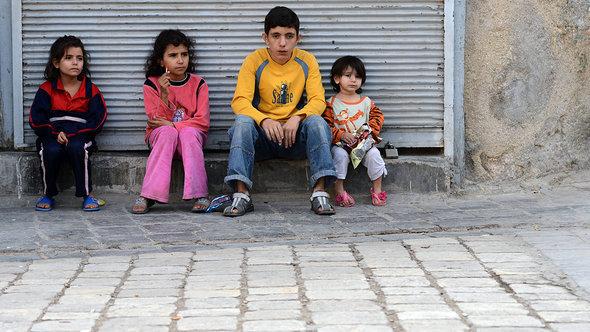 The trauma of war: according to Charlotte Bank, children have borne the brunt of the violence since the start of the uprising

To a great extent, children have borne the brunt of the violence since the start of the uprising. After all, it was the arrest and torture of a group of children and youngsters in Daraa in the south of the country that triggered the first protests in March 2011, and there have been recurrent reports of the horrific treatment of children ever since.

In the films His Name was Hamzeh Bakkour by Dani Abo Louh and The Sun's Incubator by Ammar al-Beik, cases such as these play a key role. Abo Louh's work refers to one of the many photos of dead children that have been repeatedly circulated on the Internet. Hamzeh Bakkour lost the lower half of his face during an attack in Homs and bled to death in agonising pain. His photo, which was posted on Internet forums, came to symbolise the brutality of the Syrian regime.

Abo Louh contrasts the photograph of the child with layers of images – videos and snapshots – of regular facial expressions and gestures. Despite insistent attempts to restore the routines of everyday life, one image remains burned on the memory: the image of a child that lost his life in the bombardment of the Baba Amr district. At the same time, the video appears to raise the question as to the impressions that remain in the daily flood of images generated by this media-saturated world.

Ammar al-Beik's film The Sun's Incubator was made in early 2011, in the wake of the Egyptian revolution, at a time when people in Syria assumed that the regime of Bashar al-Assad could be toppled as swiftly as that of Mubarak. Al-Beik interweaves the story of a young family with the demonstrations and protests on the street; hopes for a better future are closely bound up with the birth of a baby, hopes that are bitterly dashed by images of Hamza al-Khatib, the boy who was tortured to death.

With her video Demain l'adieu, the young artist Madonna Adib presents a highly personal declaration of love for her nation, her city and her lover by playing out an imagined farewell that simultaneously becomes a promise never to give up the fight for freedom.

Like Madonna Adib, all the artists mentioned here now live outside Syria. Working and living conditions have in the meantime become too difficult back home. And the long list of murdered, detained and abused artists and intellectuals and those who have been forced to go into hiding offers all too clear evidence that if artists openly defy the regime, they are putting themselves in very real danger.

While Bashar al-Assad is still shunned by the West, which blames him for a decade of brutal war in Syria, a shift is under way in the Middle East, where Arab allies of the United ... END_OF_DOCUMENT_TOKEN_TO_BE_REPLACED

Western states have fought against terrorism not only in Afghanistan, but also in Syria and Iraq – leaving behind people who were once their partners in fear and poverty. Hisham A ... END_OF_DOCUMENT_TOKEN_TO_BE_REPLACED

Berlin's annual Human Rights Film Festival closed at the weekend. One entry to the festival was the documentary "Captains of Zaatari". Its Egyptian director Ali El Arabi focuses ... END_OF_DOCUMENT_TOKEN_TO_BE_REPLACED

"The people aren’t ready for democracy" has been the constitutional basis for Arab tyranny, its favourite slogan and its sacred narrative for more than a century. Yet, asks Khaled ... END_OF_DOCUMENT_TOKEN_TO_BE_REPLACED

Germany’s electorate includes some 7.4 million citizens with international roots, while many more millions of residents from abroad aren’t allowed to vote. Both groups are often ... END_OF_DOCUMENT_TOKEN_TO_BE_REPLACED

International relations are shifting across the Middle East as regional powers adapt to America's retrenchment and China's growing influence. Although the region could become the ... END_OF_DOCUMENT_TOKEN_TO_BE_REPLACED
Author:
Charlotte Bank
Date:
Mail:
Send via mail

END_OF_DOCUMENT_TOKEN_TO_BE_REPLACED
Social media
and networks
Subscribe to our
newsletter