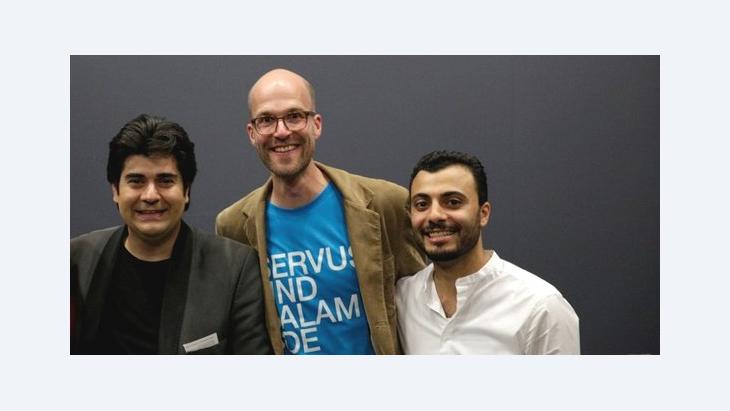 Images of Iran in the West

A German, an exiled Iranian and a Persian singer – at the "Bliss Festival", the clichés are roundly challenged and turned on their heads. If we look beyond the stereotypical images of Iran, we find a culture that has the power to touch our hearts. By Marian Brehmer

﻿Here's Benedikt Fuhrmann, the spotlight trained on him, standing in lederhosen and woollen stockings, typical of Bavaria in southern Germany. But we're in Hamburg, in the North of Germany, and this is a festival of Iranian culture. How did this mishmash come about?

Benedikt Fuhrmann, a photographer and designer from Bavaria, travelled through Iran in 2006 and fell in love. "Fell in love," he says, with the effect that Iran had on him. The country had a firm hold on him, as did the hospitable and friendly Iranian people. So he stayed – ostensibly on his way to Vietnam – for a whole year, eventually expressing this affinity by way of a photo exhibition in 2012.

His collection of 24 empathic images and sound installations, aims to act as an antidote to the negative images of Iran so prevalent in the West. 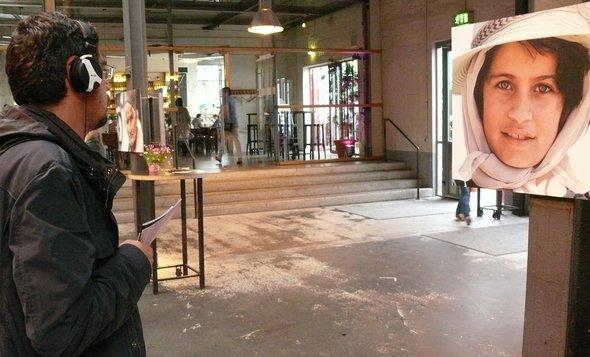 Benedikt Fuhrmann spent a year in Iran and attempted to acquaint himself with the culture so often shrouded by negative images prevalent in the West. He aims to pass on his findings to a German audience in the form of an exhibition of photos and sound installations

​​Twenty-seven-year-old Ali Abdolazimi, is a German-Iranian living in Hamburg who visits his parents' homeland every year. The student loves Iranian culture, in particular classical Persian music, and wanted to bring a taste of it back to Hamburg. A one-man enterprise, he founded the "Bliss Festival". The idea: To present Iran in a positive light for once.

The festival slogan "Say 'Moin' and 'Salam'" is the Hanseatic edition of "Say 'Servus' and 'Salam'" – the title of Benedict Fuhrmann's original exhibition shown in Munich in 2012, 'moin' and 'servus' being formulas of greeting from northern Germany and Bavaria, respectively.

"You shouldn't mix politics and the culture of a nation," says Abdolazimi. China and Russia have a cultural history that is recognized and valued. "I don't understand why the same isn't true of Iran." Abdolazimi is irritated by the unchanging stereotypes that crop up whenever anyone writes anything about the country. "Iran is being judged on what's happened there over the last 40 years, although its cultural history goes back 7,000 years," he says.

Nevertheless, there was little support for the project from the community of exiled Iranians in Hamburg – the second biggest in Europe after London, with 30,000 members. It didn't matter which cultural association Abdolazimi approached: No one took him or his idea seriously.

Sometimes his requests were met with suspicion: "Many Iranians in exile believe that if you portray a positive image of Iran, then you're supporting the Iranian government. They are also unable to separate politics and culture," says Abdolazimi.

Iranians are not managing to present themselves confidently as cultural players within German society, he says, and attributes this in part to Iranian history: The last turbulent 100 years have had a deeply unsettling effect on the Iranian identity.

When Benedikt Fuhrmann entered Iran, his head was also full of the usual clichés. As he drove his VW Polo over the border, he intuitively worried that his photographic equipment might be stolen. Instead, border guards displayed curiosity and invited him to share their tea.

One of the slogans in Fuhrmann's exhibition is "A country where people live". "We shouldn't forget that. After all, negative images cloud our perception of the people, of the music, the food, the beauty of the women," he says. He is often ridiculed for his exhibition – as a dreamer and a romantic. Fuhrmann explains: "When you cast someone else in a bad light, you're protecting and concealing your own faults. And anyone who challenges this perception turns a certain view of the world on its head."

Through his bond with Iran, Fuhrmann has also felt a new connection with his own homeland – a process of closing a circle.

Most of the audience is Iranian. But there are also Germans in attendance. The concert is being given by Salar Aghili, one of the best-known contemporary interpreters of classical Persian song. His filigree voice captivates the audience while breathing life into the poetry of ancient Iran, accompanied by the music of the setar, a long-necked lute. His wife Harir Shariatzadeh drums on a daf in an ecstatic frenzy, giving rise to an ambience that touches the heart. 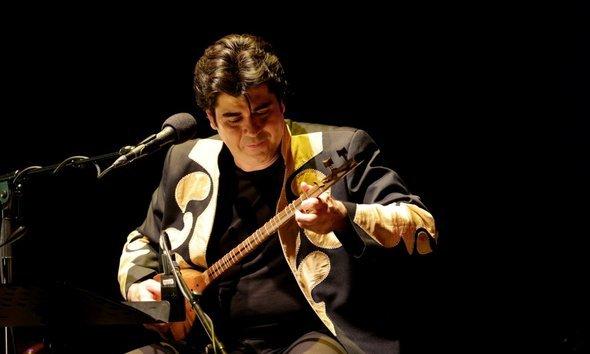 "Breathing life into the poetry of ancient Iran": Equipped with nothing but his voice and the traditional stringed setar, Salar Aghili is one of the most famous interpreters of classical Persian music today

​​Ali Abdolazimi's choice of title – "Bliss Festival" – was anything but random. "Everyone is striving to achieve bliss. But people have to be ready for it in their heads first, before the heart can follow," he says.

For him, this is about demonstrating the connective power of culture, instead of focusing on divisive aspects. Iranian artists – whether they are filmmakers or musicians – often only receive due attention in Germany if their work is associated with some kind of protest.

"But there are certainly artists who are satisfied with their nation. And what about Islamic art?" asks Abdolazimi. Mainstream media displayed scant interest in the "Bliss Festival", despite a tenacious PR campaign publicizing the event.

Those attending the festival can hardly contain their enthusiasm. They include Iranians moved to tears at finding a piece of their homeland here in Germany, and many Germans astonished at how the festival changed and enhanced their perception of Iran and its people.

When Salar Aghili sings the song "Vatanam, Vatanam" as an encore, a Persian hymn to the fatherland, the entire room sways to his rhythm. There is a great need for more such initiatives; events that focus on the things that a political eye may not want to see.

The Kurdish YPG militia did the heavy lifting in the fight against the "Islamic State", yet many foreign YPG adherents, including Germans, have come home to find themselves under ... END_OF_DOCUMENT_TOKEN_TO_BE_REPLACED

Few Muslims have to date visited the Auschwitz-Birkenau concentration camp memorial site. Now high-ranking representatives of Muslims and Jews are travelling together to the place ... END_OF_DOCUMENT_TOKEN_TO_BE_REPLACED

The terror attacks in Paris, Brussels and Berlin were all carried out by men radicalised in jail. In Germany, politics and the judiciary are trying out new approaches to prevent ... END_OF_DOCUMENT_TOKEN_TO_BE_REPLACED

Elke Muller is fighting for her daughter Anna, who fell in love with a young Afghan and converted to Islam. The mother spoke to Esther Felden about feeling alienated and her fear ... END_OF_DOCUMENT_TOKEN_TO_BE_REPLACED

As historian Wiiliam Dalrymple writes in his essay, scholars are only now beginning to realise the extent to which the Mughal emperors adopted what most would assume to be ... END_OF_DOCUMENT_TOKEN_TO_BE_REPLACED
Author:
Marian Brehmer
Date:
Mail:
Send via mail