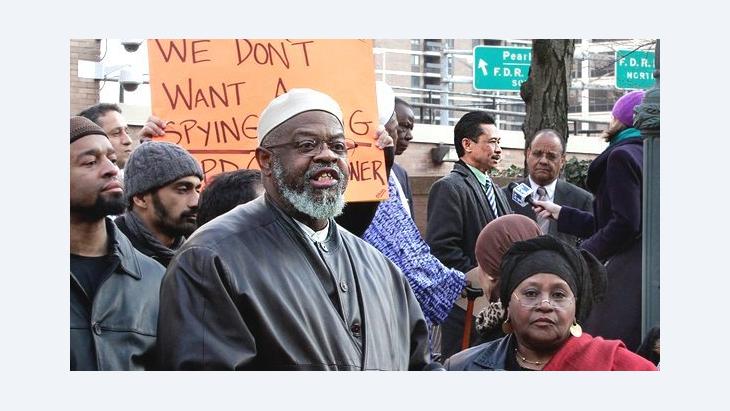 The general mood in the United States has grown increasingly intolerant towards Muslims. Charlotte Wiedemann was in New York and spoke with Imam Talib Abdur-Rashid, Afro-American and President of the Islamic Leadership Council, on the mood in this election year and about his criticism of some Muslims for what he sees as opportunism

Imam, you stood on the street with a sign that said "Muslims demand equal rights!" Against what were you directing your protest?

Talib Abdur-Rashid: The surveillance of Muslim communities, mosques, meeting places, and student groups is a grave violation of the American constitution. Under the pretext of security, the New York police and their "Intelligence Division" have assumed the right to snoop around wherever they like. We will not put up with this. The matter must be decided by the courts.

Opinion polls indicate that almost every other American holds a negative view of Islam. And every third Republican supporter calls Barack Obama a Muslim, here synonymous with being un-American. Is religious tolerance in the USA a thing of the past?

Rashid: The atmosphere today is even more negative for Muslims than after the September 2001 terrorist attacks. We were all traumatized by 9/11, but back then there were efforts to support each other as Americans and not to fall into the trap of a collective guilt mindset. Today, the Republicans and, in particular, the Tea Party, have made Islamophobia an integral part of their political platform. They utilize fears, traumas, and a lack of knowledge to further their political aims. We have observed in recent times that there is a rise in anti-Islamic emotions during every election year. This was the situation at the time of Obama's election and equally the case in local elections in New York two years ago.

Not everyone has stood up against Islamophobia as you have done. You criticize a number of prominent Muslims with Arab or Asian backgrounds for behaving like opportunists. Why?

Rashid: American Muslims have to stop constantly seeing themselves as "the other". This is relevant in two respects. Muslims who have immigrated to this country are willing to bend over backwards in order to be accepted as real Americans. I say to them, "If you are an American, then behave like one! This is America and not Bangladesh." In turn, Afro-Americans, home-grown American Muslims, must profess an awareness of their uniqueness. 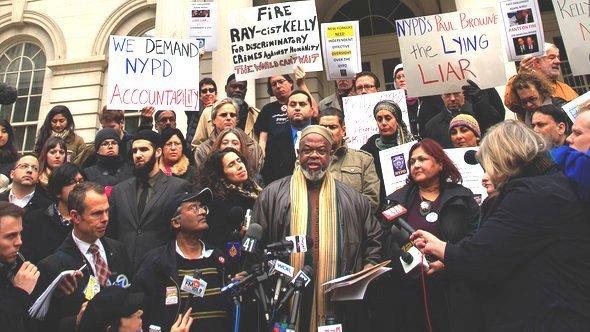 The surveillance of Muslim communities, mosques, meeting places, and student groups is a grave violation of the American constitution, says Imam Talib Abdur-Rashid, President of the Islamic Leadership Council of New York

​​After all, we make up a third of all Muslims in this country. Our number is far in excess of all other ethnic groups within the American Muslim community.

You accuse Muslims who have immigrated to the USA as often being paternalistic towards Black Muslims, converts and their descendants. What is the reason for this presumptuousness?

Rashid: Most immigrant Muslims have absolutely no knowledge of the history of Afro-American Muslims. Their concern is to find a niche for themselves in society. Therefore, they want to maintain good relations with those in power – and these are primarily Americans of European ancestry. Muslims with an Arab or South Asian background turn to these white power structures more than their Muslim brothers and sisters, who established Islam in this country.

Yet, in the 21st century, we should finally start to comprehend that we are all confronted with the same Islamophobia. We have to learn to work towards the strengthening of the Muslim community as a whole. I am counting on the young generation. They think more globally and will help us overcome our differences.

Muslims in the USA are quite diverse in terms of their religious practices and lifestyles. Is this diversity just as large among American Christians, who, in comparison to Europe, seem to be enormously fragmented?

Rashid: Yes. This eclectic diversity is part of what it means to be American. This holds equally for Christians, Jews, and Muslims. A rabbi friend of mine recently said to me, "When we have five rabbis in a room, then we have six opinions." I answered, "Five imams in a room could have seven opinions." Diversity is our strength!

You call upon Black Muslims to be true to their fate, their mission. What do you mean?

Rashid: The establishment of Islam in America began with the slave trade. I personally believe that this was part of God's plan for this country. It is no accident that such a large number of American Muslims live in the USA – this is a divine plan. Here in New York, the West Africans are now the fastest growing Muslim community. 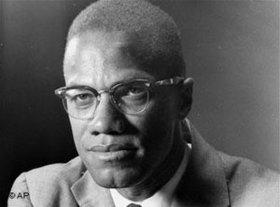 "Tremendously inspiring individual": Malcolm X was a key figure in the shift by Afro-Americans to the Sunni tradition of Islam

​​I say to them, "God has brought us here so that we could welcome you!" However, many Afro-Americans, Muslims as well, have too little awareness of their history and too little self-esteem. They lack in psychical and spiritual rootedness. As an imam, I am very well aware of this problem.

You found Islam as a 20-year-old in 1971. Were you brought up, like many other converts, in a religious Christian family?

Rashid: My parents were Baptists in North Carolina. They divorced when I was still a child. I became a Lutheran when I was eight and even taught at a Sunday school as a teenager. I was interested in other religions out of spiritual curiosity. In the end, I became a Muslim. God led me to this path. Today, I have a Muslim son and a daughter who is a Christian. She made the decision herself, although she was brought up a Muslim. We are a typical Afro-American family.

When you converted to Islam in 1971, the murder of Malcolm X had taken place only six years earlier. He died not so far from this Harlem mosque where we are now sitting. What remains from this time?

Rashid: The fight for justice! This is an enormously important concern for all Afro-Americans, especially for Muslim Afro-Americans. Malcolm X was a key figure both in the fight for social justice as well as in the shift by Afro-Americans to the Sunni tradition of Islam. Malcolm turned from a version of Islam to the true Islam. To this day, he remains a tremendously inspiring individual.

A Salafi undercurrent can be observed among young Afro-American Muslims. It sometimes even takes on the guise of a fashion. Does this worry you?

Rashid: I see in this a positive and a negative influence. It is important to draw the attention of indigenous American Muslims to the authentic sources of Islam. The focus of the Salafis on the Koran and the Deeds of the Prophet have a positive effect, as Islam in America is exposed to a wide variety of ideologies and philosophies on account of the eclecticism that we have already spoken about. But, unfortunately, Afro-American Muslims tend to let themselves be culturally influenced because of their lack of rootedness. The Salafis come from the Arab world. In the name of religion, now many Afro-Americans are copying Arab customs. This is not good.

Imam Talib Abdur-Rashid is 61-years-old, Afro-American, a convert, active in interreligious dialogue, and an energetic blogger. His Mosque of Islamic Brotherhood Inc. in Harlem was founded by men and women who had left the Nation of Islam together with Malcolm X and who instead turned to mainstream Sunni Islam. Today, Afro-American converts and their descendants make up a third of the estimated seven million American Muslims

Home
Print
Newsletter
More on this topic
American Islam: Decades Later, Malcolm X's Legacy Lives OnIslam in the US: The Trials of Being Muslim and AmericanThe First Muslim College in America: Dispelling Stereotypes about IslamQantara Dossier: Islamophobia
Related Topics
Freedom of religion, Islam in the U.S., Islamophobia, Jihad, Muslims in the West, Sharia
All Topics

The devaluation of the Egyptian pound combined with rising food prices is taking its toll on Egypt. More and more people are slipping into poverty. Karim El-Gawhary reports from ... END_OF_DOCUMENT_TOKEN_TO_BE_REPLACED

Since returning to power in Afghanistan, the Taliban have steadily eroded the rights and opportunities of women and girls, particularly their access to education. But Afghans are ... END_OF_DOCUMENT_TOKEN_TO_BE_REPLACED

Any reconciliation between Turkey and Syria’s Assad regime would have disastrous consequences for many Syrians, explains Syria expert Kristin Helberg END_OF_DOCUMENT_TOKEN_TO_BE_REPLACED

Chinese President Xi Jinping's visit to Saudi Arabia in December 2022 may have rattled Washington, but it simply highlighted the Arabs’ desire to diversify their foreign relations ... END_OF_DOCUMENT_TOKEN_TO_BE_REPLACED

There are signs of an imminent normalisation of relations between Turkey and Syria. This would allow Erdogan to score political points domestically before the upcoming elections ... END_OF_DOCUMENT_TOKEN_TO_BE_REPLACED

Recent efforts to rehabilitate Assad are setting a damaging precedent for accountability, just as the international community is expressing the need to hold Russia to account for ... END_OF_DOCUMENT_TOKEN_TO_BE_REPLACED
Author:
Charlotte Wiedemann
Date:
Mail:
Send via mail

END_OF_DOCUMENT_TOKEN_TO_BE_REPLACED
Social media
and networks
Subscribe to our
newsletter