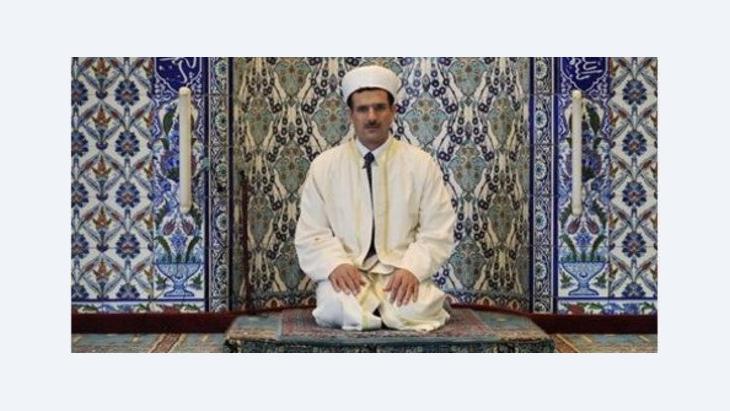 ﻿Blatant interference in internal Islamic affairs: This year, German universities will begin training imams. Yet, should this be a task for the state? The move seems premature and, in the long term, is not viable, says the Islamic scholar Lukas Wick

This fall, courses will be offered to Muslim imams at three universities in Germany. This step was recommend by the German Science Council, welcomed by the press, and even met with the approval of German churches.

The aim of this measure is to integrate Islam into German and European society as well as to prevent the growth of extremism. Amidst all the enthusiasm, an important question has been neglected. Is it really the task of the state to train prayer leaders and religious officials in general?

A concern for Muslims

For one thing, it is justified to ask whether the training of imams conflicts with the constitutional principle of neutrality in religious affairs. According to the German Minister of Education, Annette Schavan, the implicit aim of the imam training programme is to bring Islam into line with enlightened European values – in other words, to domesticate Islam and to deprive so-called radical elements of any influence. Such well-meaning intentions, however, clearly result in interference in internal Islamic affairs. 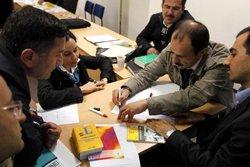 The aim of the university imam training is to integrate Islam into German and European society as well as to prevent the growth of extremism: Turkish imams in Frankfurt am Main attend German courses

​​The "translation" of Islam to meet German conditions must, in the final analysis, be a matter for Muslims themselves and cannot be achieved through state programmes. Only Muslims can decide for themselves what religious excesses are and which interpretations of their faith are false.

Equally, only they can offer a credible alternative to such deviations in faith. The clear formulation and transmission of Islamic doctrine should be, at the very least, important enough for the various Islamic associations in the country to offer necessary financing. It is namely voluntary, civil society financing that demonstrates an issue is taken seriously.

The development of a critical spirit

It is only the free development of religion that can indicate whether it can adapt to local customs. Disguised state intervention is not viable over the long term, even when the responsible university lecturers propagate a liberal Islam out of their own personal sense of conviction.

According to a study by the Swiss National Foundation, not even a quarter of the Muslims in that country desire such a full university programme for their imams. The majority express the wish that imams complete at least part of their training at an Islamic institution.

It should be mentioned that in Austria, despite the creation of the Islamic Religious Pedagogical Academy (IRPA) in Vienna, it has not been possible to prevent religious teachers and preachers from expressing negative opinions concerning democracy and human rights.

The much complained about integration problems of Muslim imams are homemade. The Turkish religious authorities (Diyanet), for instance, only allow imams to spend up to four years abroad and do not wish to see imams getting to "accustomed" to life in Germany. Research by the Osnabruck-based religious scholar Rauf Ceylan indicates that Turkish imams tend to develop a critical spirit under the influence of conditions in Germany.

And what about the Mormons?

There is also the question as to whether the state should finance the staff of a religious institution not (yet) constituting a statutory body under public law and thereby not able to function as a cooperation partner with the state. 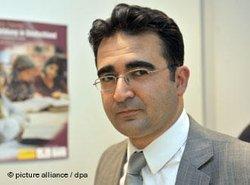 Cultural osmosis: Research by the Osnabruck-based religious scholar Rauf Ceylan indicates that Turkish imams tend to develop a critical spirit under the influence of conditions in Germany

​​In addition, there is the matter of course content, whereby non-Muslims are denigrated with complete disrespect as infidels – or, as was recently the case in a Basel mosque, Switzerland, as swine – and damned to spend eternity in hell, which is not particularly conducive to religious peace in public. The prospect of state intervention also encourages the formation of purely financially motivated alliances and strengthens the position of Islamic associations within the Muslim community.

The state financing of teaching positions and university institutions is a privilege enjoyed by a heterogeneous, yet vocal religious community as opposed to free evangelical groups, whose members often make considerable financial sacrifices in order to train their preachers. To be consistent, the state should provide state educational institutions for them as well. And why not for Mormons, Hindus, Buddhists, and even free thinkers?

In light of the empty pews and an excessive administrative bureaucracy, the established churches are well aware of their privileged positions.

However, instead of undertaking a critical examination of their own situation and perhaps adapting their overblown structures, the churches have been working towards allowing others to share in the fiscal manna – all in the name of interreligious dialogue, or, at least, so goes the official account. It is remarkable that the long overdue debate on the issue of state financing of theological institutes and faculties has still not taken place.

Considering the transformations that have taken place in our society, this issue should no longer remain taboo. And this is not because theology lacks scientific methods or epistemological value, but rather that its confessional orientation finds a steadily diminishing legitimacy within a society marked by increasingly pluralistic lifestyles. The establishment of university teaching posts in Germany for the training of imams has clearly been a hasty decision.

Lukas Wick is an Islamic scholar. His dissertation at the University of Bern has been published under the title "Islam und Verfassungsstaat. Theologische Versöhnung mit der politischen Moderne?" (Islam and the Constitutional State. Theological Reconciliation with Political Modernity?).

In her latest novel, Catalan-Moroccan writer Najat El Hachmi tells the story of a young migrant woman struggling to balance her desire for freedom and the demands of tradition and ... END_OF_DOCUMENT_TOKEN_TO_BE_REPLACED

Benjamin Idriz, imam of the mosque in Penzberg near Munich, is one of the most prominent representatives of Islam in Germany. He sees his role as building bridges to mainstream ... END_OF_DOCUMENT_TOKEN_TO_BE_REPLACED

Turkish author and journalist Mustafa Akyol is one of the foremost pioneers of an Islam reconciled with modernity. Musa Bagrac spoke with Akyol for Qantara.de about his new book " ... END_OF_DOCUMENT_TOKEN_TO_BE_REPLACED

In view of the catastrophic supply situation in Afghanistan, UN authorities are sounding the alarm. Inflation and growing poverty are exacerbating the situation. The Taliban ... END_OF_DOCUMENT_TOKEN_TO_BE_REPLACED

For Western listeners, the sound of the sitar is perhaps the most cliched musical symbol of India. Sitar player Hindol Deb, who lives in Cologne, Germany, has just released his ... END_OF_DOCUMENT_TOKEN_TO_BE_REPLACED

People these days are seeking orientation in a rapidly changing world. In response, all religions – each unique in their customs and traditions – need to pull together, says Chief ... END_OF_DOCUMENT_TOKEN_TO_BE_REPLACED
Author:
Lukas Wick
Date:
Mail:
Send via mail

END_OF_DOCUMENT_TOKEN_TO_BE_REPLACED
Social media
and networks
Subscribe to our
newsletter