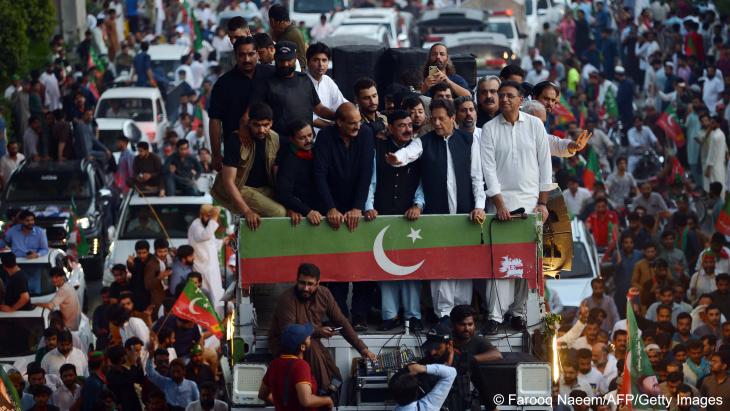 The International Monetary Fund (IMF) said on Thursday it had agreed with Pakistan to resume a suspended loan programme that will inject $1.17 billion into the struggling economy.

A statement from the IMF said a "staff level agreement" – which is still subject to board approval – will bring to $4.2 billion the amount dispersed under an extended fund facility (EFF) that could increase to $7 billion and stretch until June next year.

An original $6 billion bailout package was signed by former prime minister Imran Khan in 2019, but repeatedly stalled when his government reneged on subsidy agreements and failed to significantly improve tax collection.

The new agreement follows months of deeply unpopular belt-tightening by the government of Shehbaz Sharif, which took power in April and has effectively eliminated fuel subsidies and introduced new measures to broaden the tax base.

"Pakistan is at a challenging economic juncture," Nathan Porter, who headed the IMF team, said in a statement, adding external factors and domestic policies were to blame.

Pakistan is desperate for international support for its economy, which suffers from poor revenue collection and dwindling foreign reserves to pay its crippling debt.

The new government has slashed a raft of subsidies to meet the demands of global financial institutions but risks the wrath of an electorate already struggling under the weight of double-digit inflation.

A new coalition government – which came to power after Khan was ousted by a parliamentary no-confidence vote – has said it will make the tough decisions needed to turn the economy around.

Successive administrations blame their predecessors for the country's economic woes, but analysts say the malaise stems from decades of poor management and a failure to tackle endemic corruption and widespread tax avoidance.

In a bid to secure the IMF loan, Prime Minister Sharif has imposed three fuel price hikes -– cumulatively totalling 50 percent -– and raised the cost of electricity to effectively end the subsidies introduced by Khan.

Islamabad has so far received $3 billion from the programme, but with the facility due to end later this year, officials sought an extension until June 2023.

"It became essential to resume the IMF programme to save the country from default," finance minister Miftah Ismail told the national assembly last month.

"We knew it would damage our political reputation, but still we did it."

Agreed policy priorities included steadfast implementation of the budget, the IMF's Porter said in the statement.

"The authorities should nonetheless stand ready to take any additional measures necessary to meet programme objectives, given the elevated uncertainty in the global economy and financial markets," the statement added.    (AFP)

END_OF_DOCUMENT_TOKEN_TO_BE_REPLACED
Social media
and networks
Subscribe to our
newsletter