Skip to main content
Immigrants under Psychological and Social Stress

With unemployment, confined living conditions or social control via people from their home country, immigrants are often subjected to high levels of psychological stress which can result in illness or violence. Betül Licht is familiar with this phenomenon; now she has written a novel about it. Ute Hempelmann investigates

With unemployment, confined living conditions or social control via people from their home country, immigrants are often subjected to high levels of psychological stress which can result in illness or violence. Betül Licht is familiar with this phenomenon; now she has written a novel about it. Ute Hempelmann reports

​​ Fatma is at the doctor's surgery. A schoolgirl with Turkish parents, but living in Germany, she is suffering heart pains and wants to be excused from sports lessons. But after examining her, the doctor finds nothing wrong. He delicately questions Fatma about the real reason she wants a doctor's certificate. She doesn't tell him about the arguments in her family, but she reveals the extent of her worry to a stranger for the first time:

"I was sobbing so much it was hard to speak. I was so embarrassed I couldn't reveal the real reason at all. At some point I heard my squeaky voice saying, 'I'm in a lot of trouble. Please just give me a certificate.'"

Although this particular scene is fiction, it is highly realistic. In meiner Not rief ich die Eule (In my desperation I called to the owl) is the first book by the German-Turkish author Betül Licht, who came from Turkey to Germany as a child with her parents. In her book she describes the life of a young girl whose family fail in their attempts to settle in Germany and an important, hitherto barely observed phenomenon: the psychological and physical stresses accompanying immigration.

Betül Licht has direct experience of this. Tensions arise between the conventions and values of the old homeland and the demanding requirements of living in the new homeland. Unemployment, cramped living conditions, disorientation in the foreign country, social control via people from the same background, coupled with the inability to talk about all these problems creates continual psychological pressure which can build to bursting point, resulting in strains and arguments within the family, isolation or illness and in extreme cases even violence. 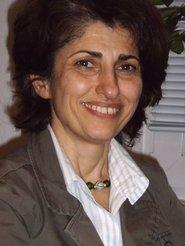 Betül Licht was born in 1955 in Turkey. In 1965 she moved to Germany with her parents. She has experienced the conflicting demands of the old and new homelands (photo: Ute Hempelmann)

​​Betül Licht's novel is based on her professional experience. For eight years she has been working as a holistic psychotherapist at a counselling centre in Hamburg alongside her colleague Cenk Kolcu, also of Turkish descent. They both understand Turkish but also, more importantly, the concerns and difficulties of immigrants.

Even so, many immigrants are still not used to the idea of revealing their innermost feelings to a stranger trained to understand the human psyche. A few years ago it would have been unthinkable, says Betül Licht. Now, however, the support is gratefully received. Cenk Kolcu says that more empowered people now take psychotherapy for granted: "You mean you don't have a counsellor?"

The role of women: often ignored

In her novel Betül Licht focuses mainly on the situation of children: torn between the wish to make friends with Germans and settle in the new homeland and to follow the religious and moral requirements of their families.

The pressure to be "a good little girl who lowers her gaze and never expresses her own opinion" forces Fatma to flee to "the white world". She sinks into depression, which becomes increasingly serious: her self-harming and suicidal thoughts represent silent cries for help, which the people around her fail to acknowledge.

Betül Licht vividly demonstrates how the helplessness and excessive demands placed on the entire family lead to violence. In Fatma's case this is inflicted by women; her mother and grandmother torment her and hit her. Just as the major role women play in the process of immigration and integration is often overlooked, the fact that many of them are not equal to this role is also ignored.

Betül Licht says that violence inflicted by women in immigrant families is a taboo subject. Violence towards children can be seen in single mothers, but the pressure on immigrant mothers – and with it the risk of violence – is often greater. As a foreigner and newcomer women are often subjected to the most stress because they mediate between all members of the family, but at the same time have no safety valve, lacking either contacts outside the family or language skills.

Integration is good for your health 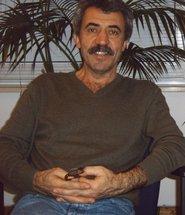 ​​People react in various ways to the uprooting immigration involves; some suffer psychologically, others physically. One might get a slipped disk, another suffer obesity and high blood pressure, another from diabetes. The constant pressure makes people ill, says Betül Licht's colleague, Cenk Kolcu.

Jürgen Collartz from the Hanover medical college estimates that immigrants in Germany are ten times as likely to become ill as German citizens. Does it follow from this that immigration makes you ill? Not necessarily, say doctors and offer an interesting rejoinder: integration is good for the health.

In other words if the delicate balancing act between self-assertion and adaptation to the changed circumstances can be pulled off successfully it can boost self-confidence and bodily wellbeing.

For people of other nationalities a medical consultation itself can become a balancing act leading to further misunderstandings. In socio-medical reports on Turkish immigrants in Germany, sentences can appear along the lines of: "Her behaviour implies extreme suffering, with demonstrative indications of pain" or "every bodily movement is accompanied by pain."

German doctors often misunderstand the cries and moans of patients from other cultures which to them seem excessive, as consultant for psychiatry and psychotherapy Marianne Röhl says in an afterword to Betül Licht's novel:

"When I first came into contact with Turkish immigrants around thirty years ago, as a scientifically-trained doctor schooled by the mono-cultural medical profession, I was insulted when, on inquiring into a patient's symptoms, I was told that she had desert storms raging in her head and reaching down to her feet. Another patient told me she had been unconscious for hours after a fright."

The "cultural translation" is often missing

​​Behaviour which German doctors often unsympathetically dismiss as "theatre" may, in a cultural translation, mean nothing more than the statement, "look, I'm ill and I need your help." The misunderstandings are intensified because immigrants are often unaware that medical disciplines such as psychotherapy exist. Thus they are unlikely to recognise that physical symptoms may have psychological or social causes.

Ahmet Kimil is a qualified psychologist and works at the "ethno-medical centre" in Hanover. Immigration makes you vulnerable, he says. In a survey carried out with the Hanover medical college, financed by the German ministry for research, the centre interviewed a total of 600 Russian and Turkish immigrants.

In order to improve communication of health issues, both sides urgently need to learn: immigrants and German doctors. An example form his work as a psychotherapist makes this clear to Kimil; an educated, religious Muslim woman sought out a psychologist of Turkish descent, although she was already being treated by a German colleague for depression.

The German psychotherapist was apparently helpful, but the patient had reservations; the German specialist had automatically diagnosed her family and her headscarf as the key to the problem and suggested she abandon them; the patient did not agree. Sometimes doctors lack the ability to inquire, to listen and to learn.

Immigrants in Germany
On the Edge of Society
While the first post-war generation of immigrants to Germany came to work and were scarcely able to indentify with their new home, second- and third-generation immigrants see themselves as part of German society. In spite of that, their status in society has scarcely changed. Ülger Polat looks back

Educational Migrants from Third Countries
"Graduate Quickly and Leave"
Every year, approximately 94,000 students from developing countries and from the Islamic world come to study in Germany. Despite the lack of highly qualified experts in Germany, many of these students leave the country after graduation. Najima El Moussaoui explains why

END_OF_DOCUMENT_TOKEN_TO_BE_REPLACED
Social media
and networks
Subscribe to our
newsletter