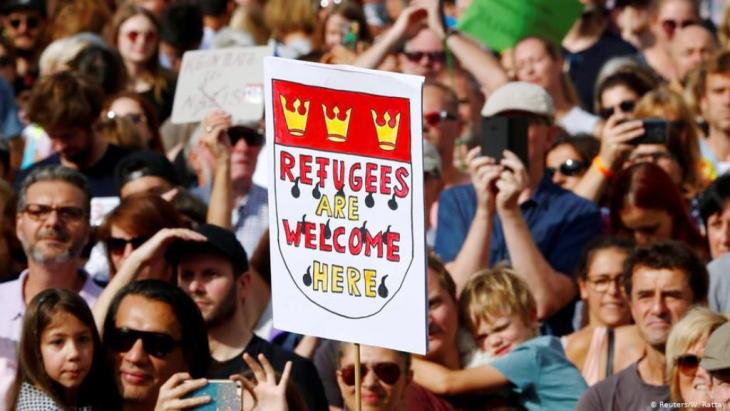 Shortly after the expression was coined and found its way into German discourse, the concept of a "welcoming culture" was already being targeted by Islamophobic circles – and was finally taken down by them in a prolonged process. Joseph Croitoru on the history of a German hot-button topic

In Germany, the term "welcoming culture" is linked like no other to the debate on refugee policy. For some it stands for cosmopolitanism and tolerance in dealing with immigrants, for others it is used as a dirty word in their campaign against the alleged threat of national decline. Today, it is easy to forget that people in this country actually began debating the notion of a welcoming culture a whole decade before the so-called refugee crisis that began in 2015.

The discussion originally took off under the red-red coalition (SPD/PDS) led by Klaus Wowereit in the Berlin Senate. And the introduction of the term into German discourse was already marked by a dichotomy that would continue to shape the later debate. Namely, when in 2004 the then Senator for Social Affairs Heidi Knake-Werner (PDS) declared the aim to "develop a new culture of welcome" and Berlin's Senator for the Interior, Erhart Korting (SPD), felt immediately obliged to clarify that illegal residents would continue to be deported: "Not everyone will be able to stay."

Korting was referring mainly to Palestinian and Bosnian asylum seekers who had been merely "tolerated" in Berlin for some time. As an orientation aid for them and other migrants, Berlin's Commissioner for Integration and Migration, Günter Piening (2003–2012), published a year later what was apparently the first-ever "welcome pack" for immigrants, an 80-page brochure written in eight languages.

Piening, who today emphasises in conversation that the new welcoming campaign was aimed not so much at arriving refugees but more at those already living in Berlin, did not only reap praise with his initiative. The opposition Greens, who were in principle amenable to the creation of a "new welcoming culture", nonetheless criticised the Senate's concept because it contained "many fine words, but little in the way of concrete implementation guidelines". When a Berlin school then shortly afterward instructed its pupils to speak only German, the Green MP Ozcan Mutlu responded by turning the expression into political fighting words, saying that the school measure did not exactly demonstrate a welcoming culture. 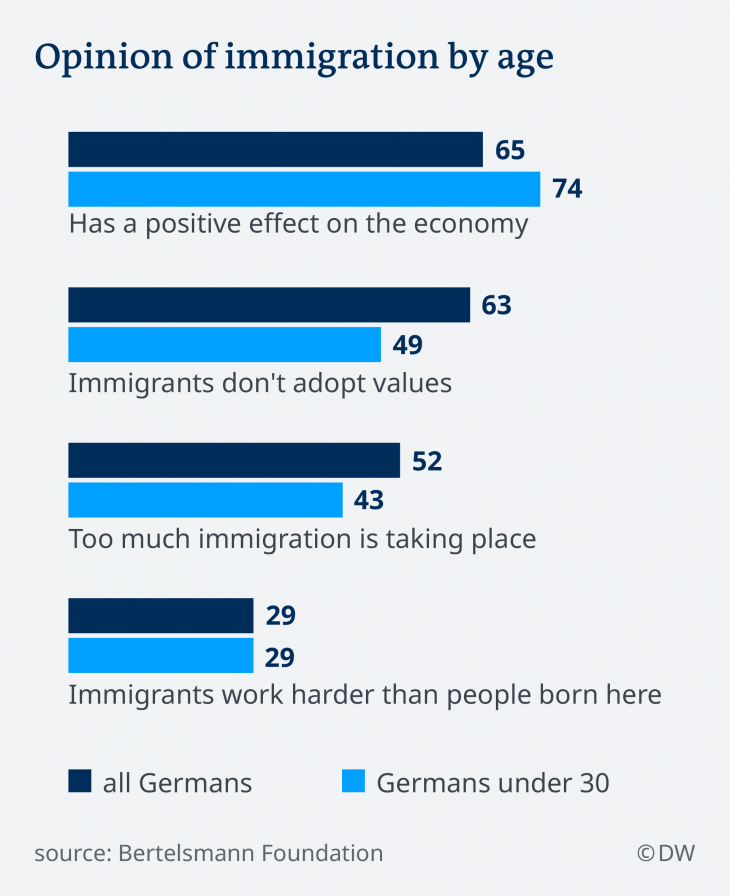 Resentment against Muslims was already being incited at the time by the right-wing conservative press, with the "honour killing" of the German-Kurdish woman Hatun Surucu in Berlin in 2005 only adding fuel to the fire.

By today at the latest, the debate on how to deal with migrants has also become a discussion on Germany's attitude toward Muslims. Opinions have long been divided. In February 2007, for example, the head of the Berlin CDU parliamentary group, Friedbert Pflüger, called for a "new culture of welcome towards Muslim migrants" but simultaneously rejected the Ahmadiyya community's proposal to build a mosque in Pankow on the grounds that the community of faith resembled a sect. The house of prayer was nevertheless built and opened a year later.

In the years that followed, calls for a "new welcoming culture" were voiced more and more frequently – whether at a federal, state or local level. In response to criticism of their allegedly overly liberal immigration policies, some politicians now advocated a welcoming culture only for "qualified immigrants". Others, by contrast, wanted to see a "welcoming climate" and accused the media of making it more difficult to create one by focusing on cases of "people unwilling to integrate".

Incidentally, the desire for a welcoming culture was also expressed outside the context of migration as early as the beginning of the 2010s. In 2011, for instance, a church representative from Goppingen said that such a culture was needed "for families who today no longer necessarily think of joining a church parish".

Home
Print
Newsletter
More on this topic
The issue of immigration: German monoculture is a thing of the pastGermany′s refugee policy: Four words for humanity2015 and the Syrian influx: Five years on: how has Germany's refugee policy fared?What it means to be German: Recognise the potential
Related Topics
AfD | Alternative for Germany, Human rights, Humanitarian aid, Integration in Germany, Islamophobia, Migration in Germany, Policy on refugees and migration, Refugees, Right-wing populism, Rule of law, Syrian Civil War
All Topics

German Middle East analyst Guido Steinberg and television journalist Ulrich Tilgner have both published new books on the conflicts in the Middle East. Their analyses and their ... END_OF_DOCUMENT_TOKEN_TO_BE_REPLACED

On 7 March, Switzerland became the latest European country to vote in favour of a so-called "burka" ban. It was yet another feather in the cap of the right-wing populist Swiss ... END_OF_DOCUMENT_TOKEN_TO_BE_REPLACED

Syrian-born Rafik Schami is a gifted storyteller and one of the most successful authors writing in German today. In his 50 years in exile in Germany, he has introduced the Arab ... END_OF_DOCUMENT_TOKEN_TO_BE_REPLACED

The Syrian war has moved through many phases and included a number of changing actors. But one aspect has remained constant throughout: the Assad regime is using the conflict to ... END_OF_DOCUMENT_TOKEN_TO_BE_REPLACED

It's no secret that the Baha'i community in Iran is persecuted. Now, a document has come to light that appears to show the extent to which the repression is state-sponsored. By ... END_OF_DOCUMENT_TOKEN_TO_BE_REPLACED
Author:
Joseph Croitoru
Date:
Mail:
Send via mail

END_OF_DOCUMENT_TOKEN_TO_BE_REPLACED
Social media
and networks
Subscribe to our
newsletter