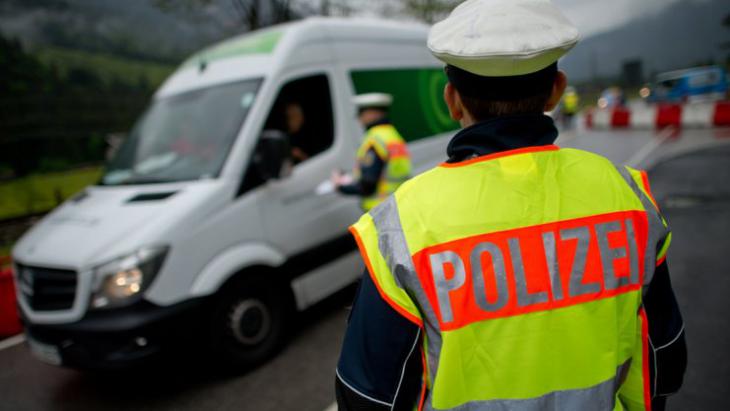 Impact of border controls in the EU
The European downward spiral

It is arguably already too late for European governments to understand that with the introduction of border controls, they cannot change the reality of flight and the search for asylum. But these measures are creating political divisions across the continent that will be difficult to heal. A commentary by Stefan Buchen

"Germany is closing its borders" or "Germany is not accepting any more refugees" – understandably, Germany′s interior minister might be pleased to read such headlines. Headlines that would circulate not only through the media, but also through social networks. As he called a press conference on 13 September, Thomas de Maiziere can only have hoped that perhaps fewer refugees would head for Germany as a result.

The communications offensive is less an about-turn in German refugee policy and far more the robust manifestation of classic duplicity. As we know, de Maiziere and his leader, Chancellor Angela Merkel, are poles apart when it comes to what they communicate. She had emphasised that the right to asylum knew "no upper limit" and added that it also applied to people who had escaped "the hell of a civil war".

Merkel did not intend this as an invitation to refugees to come to Germany. It was an attempt to convert an inevitable reality into an active humanitarian gesture. The refugees are now here, in the heart of Europe. Most come from Syria. It is impossible to get rid of them. So it makes sense to credit their acceptance as a humane act.

Many other top German politicians followed this reflex before Merkel, for example the former interior minister, Hans-Peter Friedrich, who claimed in early 2013 when referring to people fleeing Syria, that Germany was "exemplary in its acceptance of refugees". However, what both Friedrich and Merkel neglect to say in such moments of humane ethos is that the people we "accept" so readily have come against our will, in contravention of all European entry requirements and against the rules that say that refugees must apply for asylum in the first EU country they enter. 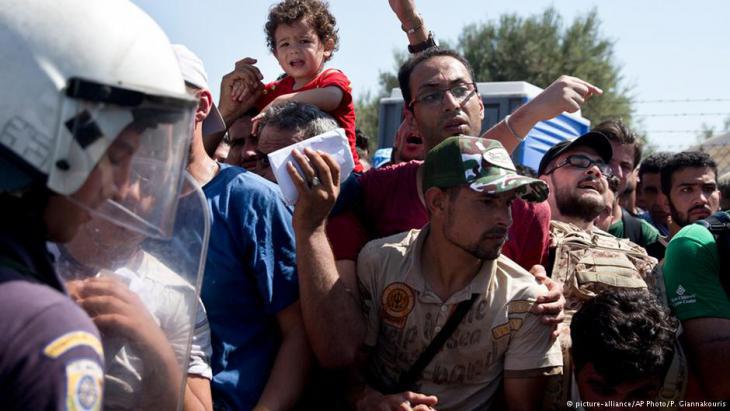 ″What both Friedrich and Merkel neglect to say in such moments of humane ethos is that the people we ′accept′ so readily have come against our will, in contravention of all European entry requirements and against the rules that say that refugees must apply for asylum in the first EU country they enter″, writes Buchen

Thomas de Maiziere can now no longer acknowledge this reality with a smile and certainly not with "refugee welcome selfies". His role is more akin to a demonstration of "Prussian displeasure". During his press conference he emphasised that Germany was "not responsible for these refugees". Asylum seekers could "not simply choose" their target nation in Europe. Of course, he did not say that Germany was "closing its borders". That was what the papers were saying the next day. Merkel's interior minister had simply announced that Germany was reintroducing border controls, saying that the aim was to re-establish "orderly procedures upon entry" to Germany.

Which procedures might they be? Refugees who have reached Central Europe without papers – or in other words in utterly chaotic fashion and with the help of traffickers – are not being turned away at the border. If they now encounter one of the newly-introduced border controls, they will be taken by the police to a reception camp on German soil. So the reality of refugees' entry has not changed dramatically.

The political tectonics within the European Union have changed. Because other EU states are not "accepting" refugees, but waving them through and also treating them shabbily in the process, Germany is abandoning the Schengen principle of freedom of movement within the EU. The German government had never even considered the possibility that other Europeans might go so far as to consciously and deliberately fall short of minimum standards in their treatment of asylum seekers, in order to free themselves of the "burden" of taking them in. Hungary – with its barbed wire and scenes reminiscent of "ethnic cleansing" – is the worst offender.

Hungary, Greece and Italy have been falling short of such minimum standards for years. In doing so, they have – somewhat paradoxically – been able to enlist the aid of Germany′s administrative courts. Since 2009, German judges have consistently ruled that refugees would "with all probability" become homeless in Greece and Italy, or be beaten up by police in Hungary and Bulgaria, thus intervening to prevent refugees being returned to these countries from Germany. As a result, said countries have increasingly been able to rely on never having to set eyes on the refugees again, once they had been waved through and booted on. 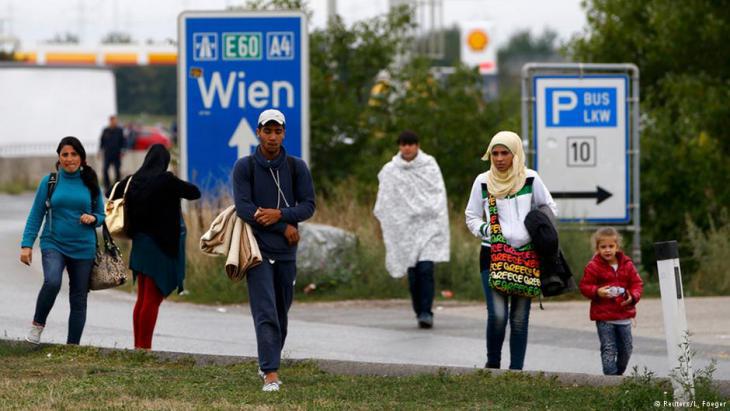 No end in sight to the refugee crisis: thousands of people are on the move along what's known as the "Balkan route", most of them civil war refugees from Syria, heading north towards the EU

Decades ago, it was Germany that introduced the concept of ethnic cleansing to Europe, in a wholesale denial of ″minimum standards″. After the Second World War and drawing on the lessons of its own past, Germany set itself up as an arbiter of "common European values". But some are no longer accepting Germany in this role.

The community of those who once signed up to these values is disintegrating. The introduction of border controls by the German government is triggering a chain reaction. Austria, Slovakia, the Czech Republic are following. States along the "Balkan route" on the way to Germany are afraid that they will "get stuck with" the refugees.

The EU is sending out a disastrous signal of political weakness. This situation is being principally exploited by the Russian President Vladimir Putin, who has always derided talk of "European values" and calls for respect for "human rights" as hypocritical.

One can be sure that Putin will do everything to deepen the political rifts running through Europe. The presence of Russian troops in Syria to shore up the Assad regime and thereby prolong the war must be appraised with this in mind. With his brand of geopolitics, Putin is helping to ensure the continued movement of refugees from the Middle East to Europe. In this regard, Europe is paying the price for the fact that it has never sensibly clarified its relations with Russia post-1989.

It is arguably already too late for European governments to understand that with the "introduction of border controls", they cannot significantly change the reality of flight and the search for asylum. But their actions are creating political divisions across the continent that will be difficult to heal.

Home
Print
Newsletter
More on this topic
Refugee crisis in Europe: The price of European indifferenceSyrian refugee protest in Germany: "We have to save the lives of our wives and children"After the refugee catastrophe in the Mediterranean: How the EU is killing refugees
Related Topics
Assad regime, Migration, Migration in Germany, Policy on refugees and migration, Refugees
All Topics

Since returning to power in Afghanistan, the Taliban have steadily eroded the rights and opportunities of women and girls, particularly their access to education. But Afghans are ... END_OF_DOCUMENT_TOKEN_TO_BE_REPLACED

The book "The Invention of the Maghreb: between Africa and the Middle East" prompts us to review basic terminology. This includes terms that we use almost every day as if they are ... END_OF_DOCUMENT_TOKEN_TO_BE_REPLACED

Tunisia has been going through a severe economic and political crisis in recent years. More than one in three young people there are unemployed. For many skilled, qualified and ... END_OF_DOCUMENT_TOKEN_TO_BE_REPLACED

At the end of every year, the team at Qantara.de gives you a run-down of the ten most-read articles on the site over the past 12 months. Here is a quick overview of the stories ... END_OF_DOCUMENT_TOKEN_TO_BE_REPLACED

The government in the Netherlands, one of the last European nations to abolish slavery, has made an historic apology. But some feel that there is still a long way to go. By Ella ... END_OF_DOCUMENT_TOKEN_TO_BE_REPLACED

To celebrate the bicentenary of the deciphering of the Rosetta Stone, the British Museum is running an exhibition entitled "Hieroglyphs: unlocking ancient Egypt" until February ... END_OF_DOCUMENT_TOKEN_TO_BE_REPLACED
Author:
Stefan Buchen
Date:
Mail:
Send via mail

END_OF_DOCUMENT_TOKEN_TO_BE_REPLACED
Social media
and networks
Subscribe to our
newsletter