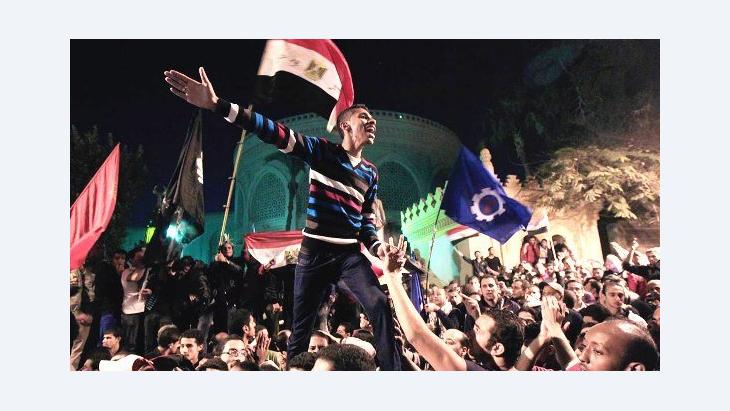 Impoverishment of the Egyptian Middle Class

The middle class forms the core of the pro-democratic movement in Egypt. But the economic downturn and the country's uncertain political future are threatening its existence. Markus Symank reports from Cairo

﻿Mahmoud Naguib writes the subject to be discussed in the English lesson on the blackboard: 25 January 2013, the second anniversary of the Egyptian revolution. "What does this make you think of?" he asks his class. "Chaos!" one pupil calls out. "A lack of security," says another. Economic crisis, unemployment, anxiety are other catchwords the pupils come up with. "What's wrong with you? You have to think positive!" Naguib admonishes his class. It's as if he's also talking to himself.

Two years ago, the young English teacher set off full of hope for Tahrir Square in Cairo, the birthplace of the revolution. Today he feels a growing sense of disenchantment.

"We still don't have true democracy; all we have is more violence and less money," he complains. Naguib earns ten Egyptian pounds, or approximately 1.15 euros, per hour teaching five days a week at a private tutoring institute in the capital city. That's much more than he would get at a public school.

However, while his wages have not increased for four years, the price of food, transportation and clothing are constantly spiralling to new heights since the people's revolution. "Before the revolution I could put some money away each month to buy my own apartment one day and for my upcoming wedding. Now I have to dip into my savings," he says. Without the revenue from his family's restaurant, which he shares with his three brothers, he would already be in debt. 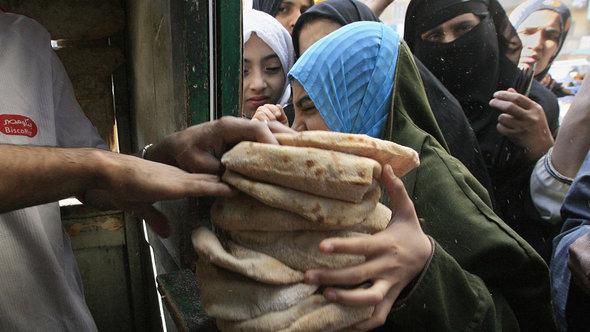 Living from hand to mouth: according to official estimates, more than one quarter of the 83 million Egyptians live today in poverty. Two years ago, the share was only 21 per cent

Many middle-class Egyptians are experiencing the same problems as Mahmoud Naguib. Relatively well educated, urban and mostly secular, this population group forms the core of the pro-democracy movement on the Nile.

The middle class had hoped that the revolution would bring them more of a say in politics as well as better living conditions. But now, the country's economic decline is threatening its very existence. The economy has taking a severe blow in the last 24 months, and inflation is on the rise.

According to the official figures, more than a quarter of the 83 million Egyptians live today in poverty. Two years ago, the poor still accounted for a share of only 21 per cent. Half of the population has to get by on less than two US dollars a day. Many small and medium-sized businesses are shutting their doors, and hardly anyone is hiring anymore.

"The middle class was the main force behind the uprising against Hosni Mubarak. And now they are the ones who are suffering the most under the crisis", says the Egyptian journalist Mohammed el-Naggar from the financial newspaper "Al-Alam Al-Youm".

But the really bad news for Egypt's middle class is probably still to come. Experts on the Nile agree that this group is the one that will be affected most heavily by the government's planned austerity measures. Cairo has been negotiating with the International Monetary Fund (IMF) for months on a loan in the amount of 4.8 billion US dollars.

Details on the envisaged agreement have not yet been disclosed to the public. It is expected, though, that the IMF will require the highly indebted Egyptian government to eliminate energy subsidies and raise taxes.

Both measures are likely to result in disadvantages mainly for the middle class. "The Muslim Brothers have very few loyal voters amongst the middle class. The Islamists will therefore pay them no heed in policy-making", el-Naggar suspects.

Amr Adly, Chairman of the Department for Economic and Social Justice of the Egyptian Initiative for Personal Rights, laments that the Islamists are "paralyzed" in the face of the economic crisis. "The politics of the Muslim Brotherhood revolves almost exclusively around the question of Islamic identity. The policymakers tend to put off dealing with urgent economic problems. This is causing a feeling of uncertainty to spread amongst middle-class businesses", says Adly. 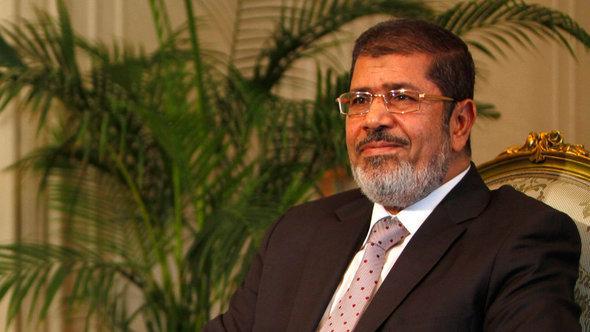 Gaping hole in the budget: The economic decline since the fall of Mubarak has compelled Morsi's regime to resume talks with the International Money Fund (IMF) in order to borrow 4.8 billion US dollars

​​Even worse, the liberal and left-wing parties are not exactly coming up with any bright ideas either. The opposition alliance National Salvation Front formed at the end of 2012 has spoken out against the economic policy of the Islamists. Apart from some vague promises and socialist pipedreams, though, its leading members have thus far failed to propose any real alternatives.

And the secular parties are usually a few steps behind what's happening on the street. After President Mohammed Morsi's judicial coup last November, it was once again left to the citizens to call for mass protests. The opposition only jumped on the bandwagon once it was off and running.

Not ready to give up quite yet

Two years after the fall of Hosni Mubarak, the Egyptian middle class is still the loudest voice for democratic change on the Nile. But how long will it be able to keep up the pressure on those in office?

It is estimated that the percentage share of the population that can be considered middle class has declined since the Mubarak era, while the ranks of the poor are growing. This weakens the citizens' power to influence policy. Amr Adly therefore predicts "increasing frustration amongst members of the middle class".

In the case of Mahmoud Naguib, the English teacher from Cairo, this frustration occasionally turns into anger. The country's politicians have not learned the lessons of the revolution, he grumbles. Out of protest at the government's actions, he stayed home during the referendum on the new constitution. He has otherwise voted on every ballot since the revolution.

Still, he's not ready to give up quite yet. "The revolution has kicked off many positive developments. My pupils are more interested in politics than ever. They know their rights and they have visions for the country," says Naguib. "That gives me hope."

Political analyst Taqadum al-Khatib argues that Egypt can, in co-ordination with its European partners, develop a common vision to solve the complex conflict in Libya. For this to ... END_OF_DOCUMENT_TOKEN_TO_BE_REPLACED

The upheavals of the past year in the MENA region are arguably as momentous as those of the Arab Spring in 2011. Yet perhaps the biggest difference is that our interest seems to ... END_OF_DOCUMENT_TOKEN_TO_BE_REPLACED

In 2019, the long-running Penguin Classics series released its first novel translated from Arabic: Tawfiq al-Hakim’s "Return of the Spirit", conveyed into English by William ... END_OF_DOCUMENT_TOKEN_TO_BE_REPLACED

Equality in divorce, a ban on polygamy: reformers of Islamic family law have a clear agenda. They are exploiting the ambiguity of traditional jurisprudence. By Joseph Croitoru END_OF_DOCUMENT_TOKEN_TO_BE_REPLACED