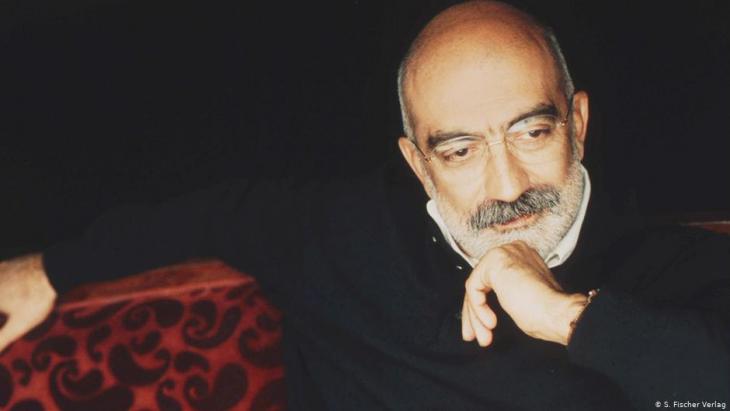 When concentrated doses of nationalism, hate, badness and stupidity come together, they create a toxic blend. Compassion, goodness and wisdom act as an antidote to this deadly disease. However, the mask of sanctity behind which the ugly face of nationalism hides, must be ripped off too.

At a time when the flags, marching, weapons and violence of racism and militarism are once again sullying humanity, we cannot shout it too loudly that the common welfare of humanity lies not in its division, but in its unity.

No human life ends happily. After all, at the end of every life is death. So what benefit does anyone derive from filling his or her life – which in most cases is insignificant and destined to end unhappily – with hate?

No one benefits from hate

If now is not the time to say that such hate benefits no one, when is? And who will say it if we won't? Are we not willing to accept that we all have a "fulfilling obligation", namely to stand up and fight for the good of humanity, to speak the truth and, in so doing, to enrich our lives with something that is more precious than life itself?

Let us not forget either that at the moment of death, every desire, every rage, every effort, every struggle for profit we have felt and encountered in this brief period of time called "life" will lose its significance and even become ridiculous. 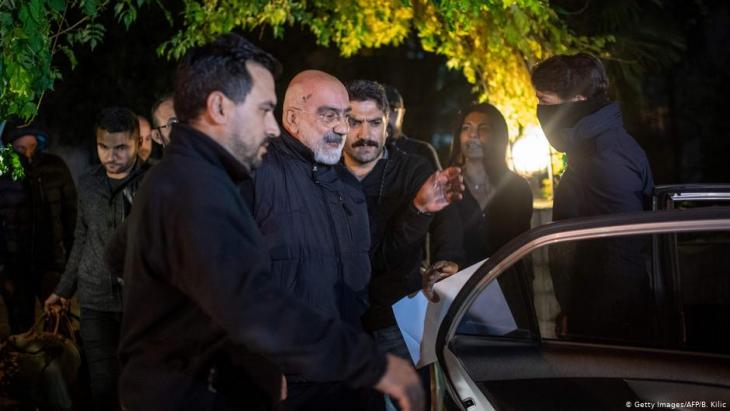 Arrested yet again: Ahmet Altan, considered a critic of Turkish President Recep Tayyip Erdogan, was initially sentenced to life imprisonment in February 2018 for alleged links to the Gulen movement, but the sentence was reduced to ten and a half years. At the beginning of November, a Turkish court released Altan – subject to restrictions – after three years in custody. Barely a week later, however, he was re-arrested

The lives that cannot be robbed of their meaning by death are few and far between. After all, only those people who add something to their lives that is more precious than their lives can face the power of death with defiance and are not exposed to ridiculousness by death.

You have gathered here today to witness the presentation of an award that bears the name of two young people who could not be trivialised by death because in their short lives; there was something more precious to them than their own lives.

Saving other people's lives, protesting against the oppression suffered by these people and putting a stop to dreadful injustice: these were values that the Scholl siblings deemed more precious than their own lives. They used words to stand up to weapons and violence. They remain a lodestar to this day. Their flyers instilled fear into a bloody despot who had at his disposal arms, tanks and bombs.

These two young people not only showed us how a life can prove its strength in the face of death, they also made it clear what a powerful form of resistance and life the written word is.

I was in a prison cell when I learned that you deemed my book worthy of being honoured with an award that bears the name of these two young people. I am still in a prison cell as I write these lines. That is why I cannot be with you this evening.

This award has transferred to my life some of the strength that was an integral part of these two outstanding people and strengthened my power of resistance within these walls. I am convinced that the memory of the Scholl siblings will also strengthen your resistance to nationalist tendencies.

I would like to thank you all most sincerely for making me part of two lives that were not forgotten after their deaths. Once again, you have confirmed to me that literature is more powerful than tyranny.

Since 2015 there has been a surge of interest in Syrian writing in German translation. In this series of interviews, writers, poets, publishers, and artists in Berlin talk about ... END_OF_DOCUMENT_TOKEN_TO_BE_REPLACED

Tents, mud and cold: refugees contend with miserable conditions in Bosnia & Herzegovina. With the European Union demanding that Bosnia accommodate the asylum-seekers, its ... END_OF_DOCUMENT_TOKEN_TO_BE_REPLACED

Last year was one of a kind. 2020 saw the rapid spread of the coronavirus pandemic, putting a stop to the hajj. Though peace in the Middle East remains a pipedream, there was ... END_OF_DOCUMENT_TOKEN_TO_BE_REPLACED

When news broke that a vaccine against COVID-19 developed by a Turkish-born couple in Germany had promising results, many media reports placed the ethnic background of these ... END_OF_DOCUMENT_TOKEN_TO_BE_REPLACED

A German IT company has started an academy to train Palestinians in software development. Despite the pandemic's challenges, it has managed to run its first boot camp in Ramallah ... END_OF_DOCUMENT_TOKEN_TO_BE_REPLACED

Shortly after the expression was coined and found its way into German discourse, the concept of a "welcoming culture" was already being targeted by Islamophobic circles – and was ... END_OF_DOCUMENT_TOKEN_TO_BE_REPLACED
Author:
Ahmet Altan
Date:
Mail:
Send via mail

END_OF_DOCUMENT_TOKEN_TO_BE_REPLACED
Social media
and networks
Subscribe to our
newsletter