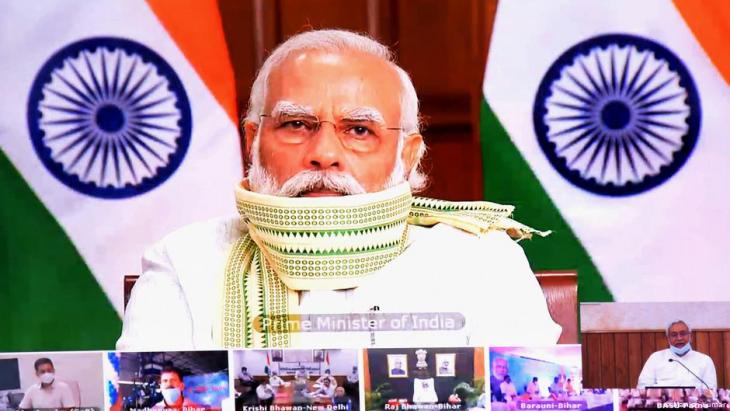 Dozens of academics, writers and civic activists have been arrested in India on charges of sedition, terrorism and inciting violence. Sruti Bala asks why a country that sees itself as a global power in the knowledge economy of the future is turning on its public intellectuals?

"Suspicious literature" is how India's National Investigation Agency described publications owned by Dr Hany Babu. These supposedly dangerous publications included academic texts such as a historical study of caste and a sociological study of rural uprisings against land alienation and developmental projects in India. The 54-year-old, who is associate professor of English at Delhi University, was arrested in July 2020 on suspicion of "propagating Naxal activities and Maoist ideology".

In current Indian government parlance, the term "Naxal" and its variant "Urban Naxal" implies membership of a banned communist party, but is broadly used to brand anyone who dares to question the state as internal enemies, justifying their incarceration and thereby fostering a general environment of fear.

The counter-terrorist National Investigation Agency, founded in 2009, carried out the raid on Babu’s apartment without a search warrant, confiscated his laptop, hard-drives, mobile phone and the above-mentioned "suspicious" publications.  His wife and daughter were initially also detained in the house during the raid without access to a lawyer.

Babu was charged with, among other things, his involvement in a campaign for the release of G.N. Saibaba, an academic with severe physical disabilities who has been in prison since 2014. Pointing out the numerous inconsistencies, errors and outright lies in the charges has not so far led to any legal reprieve. 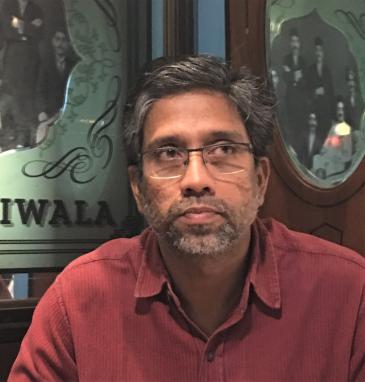 Fostering a general environment of fear: "suspicious literature" is how India's National Investigation Agency described publications owned by Hany Babu. The publications included academic texts such as a historical study of caste and a sociological study of rural uprisings against land alienation and developmental projects in India. Babu is charged with, among other things, involvement in a campaign for the release of G.N. Saibaba, an academic with severe physical disabilities who has been in prison since 2014

Imprisonment in times of pandemic

Hany Babu is just one of dozens of Indian academics, public intellectuals, writers, journalists, lawyers and community leaders who have been arrested in India in recent times, on nebulous accusations such as incitement to mob violence, terrorism, sedition, Maoism and involvement in conspiracies to assassinate the prime minister, Narendra Modi. Many of those arrested face allegations in connection with an episode of caste-based violence that took place in 2018, in the western state of Maharashtra.

The arrests have increased despite the rapid spread of the coronavirus pandemic in India, where more than 40,000 new infections have been reported daily for weeks. Attempts to secure releases on humanitarian or health grounds have so far been rejected by the courts.

Some academics and journalists have now spent more than two years behind bars without a hearing. They include scholars who have written on topics such as caste-based discrimination, land rights, human rights violations in Kashmir and the north-east of India, and violence against women.

Some, like Anand Teltumbde, Sudha Bharadwaj and Shoma Sen, are tenured professors at respected academic institutions. In the past, young academics such as Mahesh Raut received substantial national grants for fieldwork in the area of rural development.

One of the men recently arrested and accused of terrorism, on 8 October 2020, was 83-year-old Jesuit priest Stan Swamy, a community leader and public intellectual with more than 50 years’ experience of communal work with the indigenous Adivasi tribes of East India. These events have been condemned in India and elsewhere in the world as overstepping boundaries and representing a threat to Indian democracy.

At the end of every year, the team at Qantara.de gives you a run-down of the ten most-read articles on the site over the past 12 months. Here is a quick overview of the stories ... END_OF_DOCUMENT_TOKEN_TO_BE_REPLACED

COP27 in Sharm el-Sheikh is turning into a PR disaster for Egypt’s military regime. Instead of praise for the host, the news is full of solidarity for imprisoned activist Alaa ... END_OF_DOCUMENT_TOKEN_TO_BE_REPLACED

India is projected to see an explosion in its urban population in the coming decades, but its cities already cannot cope and climate change will make living conditions harsher ... END_OF_DOCUMENT_TOKEN_TO_BE_REPLACED

Indian Americans from diverse faith backgrounds have peacefully co-existed stateside for several decades. But events in the U.S. – and violent confrontations between some Hindus ... END_OF_DOCUMENT_TOKEN_TO_BE_REPLACED
Author:
Sruti Bala
Date:
Mail:
Send via mail

END_OF_DOCUMENT_TOKEN_TO_BE_REPLACED
Social media
and networks
Subscribe to our
newsletter