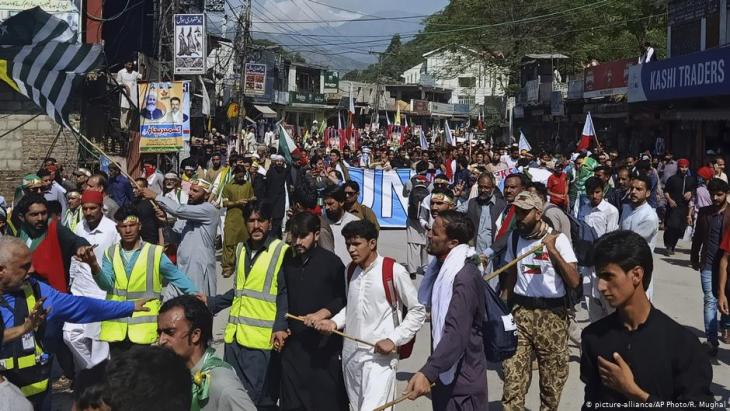 India and Pakistan
"If Germany can be reunified, so can Kashmir"

Calls for a free Kashmir are becoming louder on both sides of the divided region. Can the German reunification model be applied to the India- and Pakistan-ruled Kashmirs? And what can Kashmiris learn from it? By Shamil Shams

On 5 August, Indian Prime Minister Narendra Modi abrogated Jammu & Kashmir's semi-autonomous status and imposed a curfew in the volatile parts of the region. The move was slammed by Pakistan, which urged the United Nations to force India to reverse its Kashmir actions.

India and Pakistan each rule part of the disputed Himalayan territory but claim it in full. Both oppose the demand for an independent, undivided Kashmir ruled by the Kashmiri people.

Since New Delhi's decision to scrap Kashmir's special status, a "free Kashmir" movement has resurfaced on both sides of the Line of Control (LoC), which divides the India- and Pakistan-controlled Kashmir regions. Kashmiris have been demanding a sovereign state for decades, but their voices have mostly been ignored by both India and Pakistan.

Lately, there have been increasing reports about large demonstrations in Pakistan-administered Kashmir – officially called Azad Kashmir in Pakistan. Last month, clashes broke out between protesters and police in Muzaffarabad, the region's capital. The police were trying to disperse a protest rally organised by the People National Alliance (PNA), a group that seeks an independent Kashmir.

Looking to bring down their own wall

Kashmiri activists who seek independence from both India and Pakistan say they are hugely inspired by the movement that brought down the Berlin Wall and combined East and West Germany to form one German state. 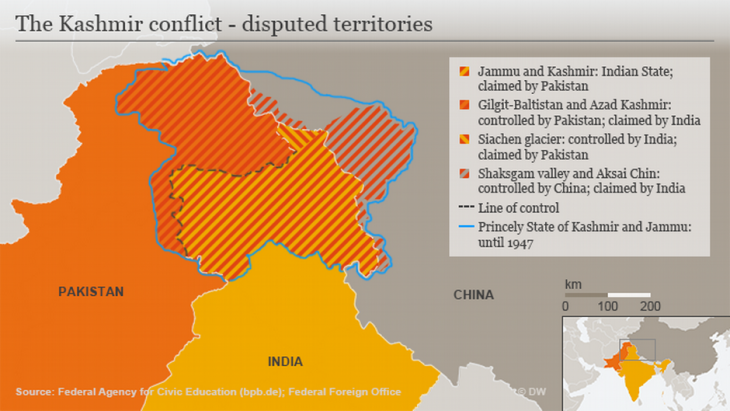 Encyclopaedia Britannica: "although there was a clear Muslim majority in Kashmir before the 1947 partition and its economic, cultural, and geographic contiguity with the Muslim-majority area of the Punjab (in Pakistan) could be convincingly demonstrated, the political developments during and after the partition resulted in a division of the region. Pakistan was left with territory that, although basically Muslim in character, was thinly populated, relatively inaccessible, and economically underdeveloped. The largest Muslim group, situated in the Valley of Kashmir and estimated to number more than half the population of the entire region, lay in Indian-administered territory"

Germany was officially reunified on 3 October, 1990, under the guidance of then-Chancellor Helmut Kohl, after more than four decades of Cold War division. The historic event came less than a year after the Berlin Wall fell on 9 November, 1989.

"We believe that the fall of the Berlin Wall and the subsequent reunification of Germany are an inspiration not only to us but to all freedom movements in the world. Like pre-reunification Germany, Jammu and Kashmir has also been split into two territories, and a wall (LoC) was erected to divide one people," explained Toqeer Gilani, the president of the Jammu and Kashmir Liberation Front (JKLF) in Pakistan-administered Kashmir. "If Germany can be reunited, so can Kashmir."

"Post-World War II Germany was also forcefully divided by global powers. It was propagated that the division was necessary due to the 'ideological differences' between East and West Germany. We have also experienced this in Kashmir," Gilani added.

The Biden administration could have used Pakistan’s economic crisis to compel the country to sever its longstanding ties to terrorist groups. Instead, the U.S. protects and ... END_OF_DOCUMENT_TOKEN_TO_BE_REPLACED

For some in India, the death of Queen Elizabeth II has provoked sympathies for a deeply respected figure, while for a few others, it jogged memories of a bloody history under the ... END_OF_DOCUMENT_TOKEN_TO_BE_REPLACED

When she ascended the throne, millions of Muslims still lived under British rule. Later, Elizabeth II appealed for tolerance in a multi-religious society. She was the first ... END_OF_DOCUMENT_TOKEN_TO_BE_REPLACED

No country in the Islamic world is influenced as strongly by the traditions of Sufi culture as Pakistan. Yet the Sufis there have been under attack from Islamic hardliners for ... END_OF_DOCUMENT_TOKEN_TO_BE_REPLACED

Set in a dystopian future, Rahman Abbas’ new novel “Zindeeq” draws on the Indian author’s worries about recent trends in his home country, where aggressive identity politics have ... END_OF_DOCUMENT_TOKEN_TO_BE_REPLACED 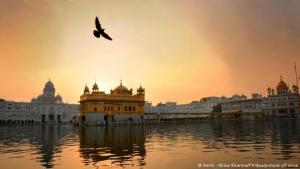 On August 15, 1947, India – which until then had been a British protectorate – became independent. We mark its 75th anniversary with a tour of the country. ... END_OF_DOCUMENT_TOKEN_TO_BE_REPLACED
Author:
Shamil Shams
Date:
Mail:
Send via mail

END_OF_DOCUMENT_TOKEN_TO_BE_REPLACED
Social media
and networks
Subscribe to our
newsletter