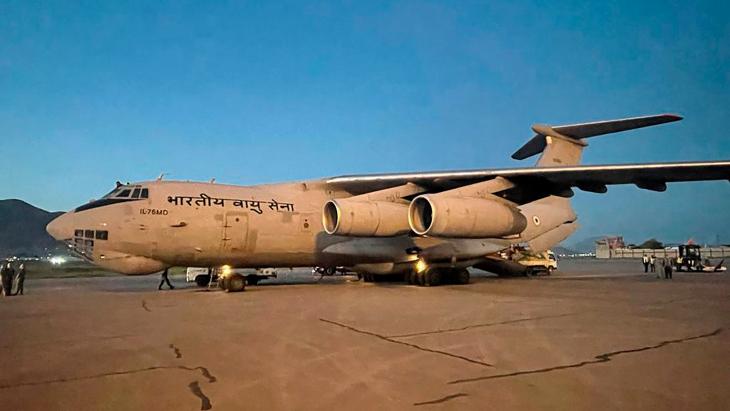 India is flying emergency relief assistance and a technical team to help the people of eastern Afghanistan after a powerful earthquake that state media reported killed 1,000 people.

The relief consignment will be handed over to the United Nations Office for Coordination of Humanitarian Affairs and the Afghan Red Crescent Society in Kabul, it said.

The technical team has been deployed to its embassy in the Afghan capital to coordinate the delivery of humanitarian assistance, the statement said. The embassy has been vacant since the Taliban took control of Afghanistan in August.

"As always, India stands in solidarity with the people of Afghanistan, with whom we share centuries-old ties, and remains firmly committed to providing immediate relief assistance for the Afghan people," the statement said.

Residents in the hardest-hit district appeared to largely be on their own in trying to survive after the quake, with the Taliban-led government and the international aid community struggling to bring in help.

India was left with no diplomatic presence in Kabul after it evacuated its staff ahead of the U.S. withdrawal from Afghanistan last year. But it has since sent 20,000 tons of wheat, 13 tons of medicines, 500,000 doses of COVID-19 vaccines and winter clothing to Afghanistan to help with shortages there, according to the External Affairs Ministry.

Indian officials held talks with the Taliban in Afghanistan for the first time early this month to discuss the distribution of humanitarian assistance.

India's envoys have met previously with Taliban representatives in Doha, the capital of Qatar, where they have an office.

India has said it will follow the lead of the United Nations in deciding whether to recognise the Taliban government.    (AP)

END_OF_DOCUMENT_TOKEN_TO_BE_REPLACED
Social media
and networks
Subscribe to our
newsletter