Hindus threw coloured powder and sprayed water in massive Holi celebrations on Monday despite many Indian states restricting gatherings to try to contain a coronavirus resurgence rippling across the country.

Holi marks the advent of spring and is widely celebrated throughout Hindu-majority India. Most years, millions of people throw coloured powder at each other in outdoor celebrations. But for the second consecutive year, people were encouraged to stay at home to avoid turning the festivities into superspreader events amid the latest virus surge. 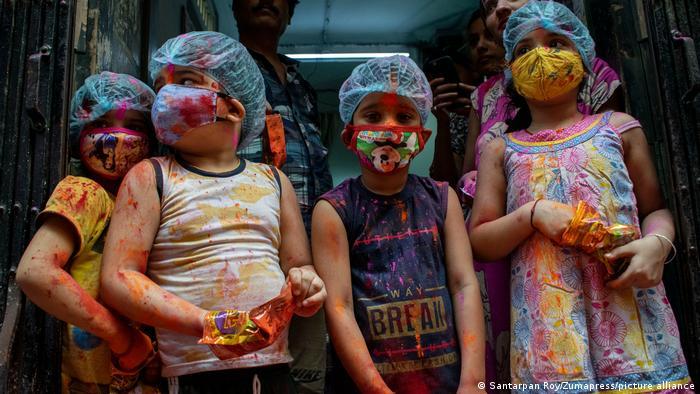 India's confirmed infections have exceeded 60,000 daily over the past week from a low of about 10,000 in February. On Monday, the health ministry reported 68,020 new cases, the sharpest daily rise since October last year. It took the nationwide tally to more than 12 million.

Daily deaths rose by 291 and the virus has so far killed 161,843 people in the country. The latest surge is centred in the western state of Maharashtra where authorities have tightened travel restrictions and imposed night curfews. It is considering a strict lockdown.

Cases are also rising in the capital New Delhi and states of Punjab, Karnataka, Gujarat, Tamil Nadu, Haryana and Madhya Pradesh. The surge coincides with multi-stage state elections marked by large gatherings and roadshows, and the Kumbh Mela, or pitcher festival, celebrated in northern Haridwar city, where tens of thousands of Hindu devotees daily take a holy dip into the Ganges river. 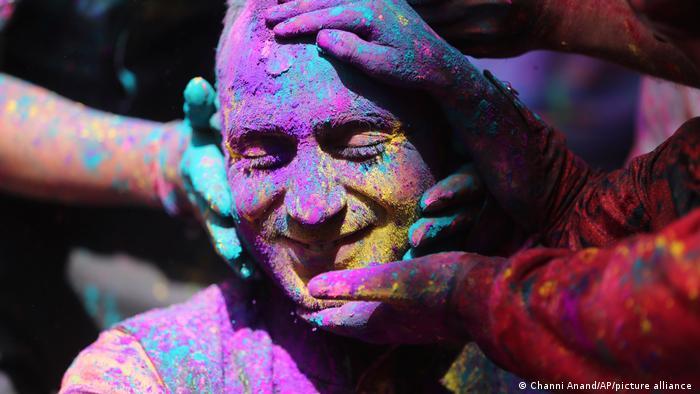 People touch the face of a man covered in coloured powder during Holi celebrations in India (photo: Channi Anand/AP/picture-alliance)

Health experts worry that unchecked gatherings can lead to clusters, adding the situation can be controlled if vaccination is opened up for more people and COVID-19 protocols are strictly followed.

India, with a population of more than 1.3 billion, has vaccinated around 60 million people, of which only 9 million have received both doses of vaccine so far.

However, more than 60 million doses manufactured in India have been exported abroad, prompting widespread criticism that domestic needs should be catered to first.

The government said last week that there would be no immediate increase in exports. It said vaccines will be given to everyone over 45 starting 1 April. (AP)

END_OF_DOCUMENT_TOKEN_TO_BE_REPLACED
Social media
and networks
Subscribe to our
newsletter