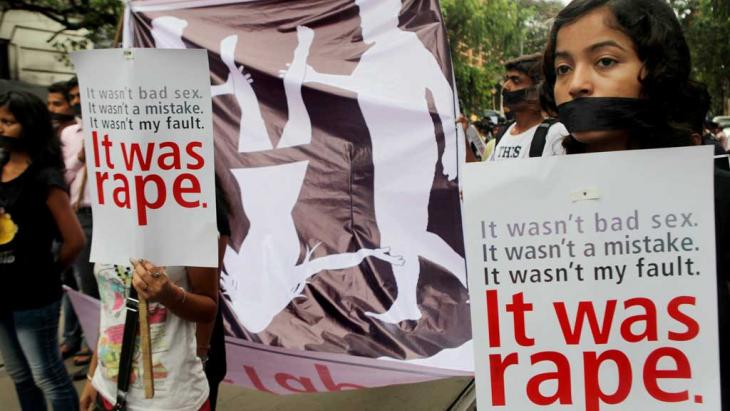 A series of brutal gang rapes in India has once again highlighted the rampant problem of violence against women in the country. Despite recent law reforms and harsher penalties, little is being done by the authorities to prevent crimes against women. By Roma Rajpal Weiss

On the eve of 27 May 2014, in Badaun, a village in the state of Uttar Pradesh in north-eastern India, two girls aged 14 and 15 stepped out into the fields to relieve themselves, a common practice in the countryside. A few hours later, when the girls failed to return, the families went to the authorities, but the local policemen failed to investigate promptly. The next day, the girls were found hanging from a tree.

The country's media ran images of protesters surrounding the tree, demanding justice and refusing to pull down the girls until the accused were caught. All five suspects, including two police officers, have been arrested. Three men have pleaded guilty to charges of rape.

This gruesome incident has brought back memories of 23-year-old Jyoti Singh, who was gang-raped on 16 December 2012 in a moving bus in New Delhi. A rod was thrust up inside her body, and Jyoti did not survive her injuries, despite medical care. 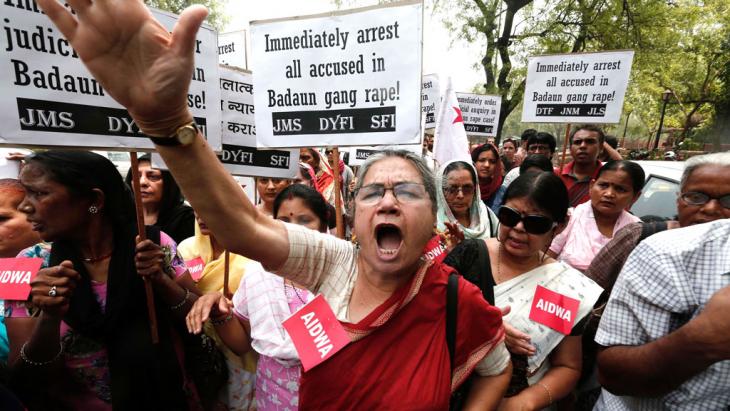 Demanding justice: Two teenage girls were gang-raped and hanged in the northern Indian village of Badaun in May 2014, sparking mass protests across the country. The incident recalled the horrific gang-rape and murder of Jyoti Singh Pandey, which provoked international outrage and instigated legal reforms

The incident sparked outrage across the world, pushing the then government, led by the Congress Party, to make reforms to the rape laws, increasing jail time for offenders and issuing the death penalty in extreme circumstances. Fast-track courts were also set up as a measure to deal with the large number of cases reported.

Statistics from the National Crime Records Bureau (NCRB) show that a woman is raped every 20 minutes in India. There are more than 26,000 cases every year.

Ruchira Gupta is the director of Apne Aap Worldwide, an NGO based in New Delhi that is working to put an end to sex trafficking. She believes that change is on its way. She told Qantara.de: "The most important thing that happened after the 2012 incident was that people came out on the streets and protested. The silence was broken, and talking about the issue of rape and violence against women is no longer a taboo."

She admits that implementation of the new reforms remains uneven across the country. "But every time a case becomes high profile, and the public outrage cannot be ignored, the authorities are pushed to be accountable."

Gupta insists that things will take a turn for the better once there is police reform. In the Baduan rape case, police were complicit in the crime: they participated in the rape itself, and they protected the rapists.

Critics, however, remain sceptical, given the controversial statements made by a minister of the ruling Bharatiya Janata Party (BJP). Babulal Gaur, the home minister of Madhya Pradesh, a state in central India, told reporters: "This is a social crime which depends on men and women. Sometimes it's right, sometimes it's wrong." His remarks have further angered anti-rape activists. 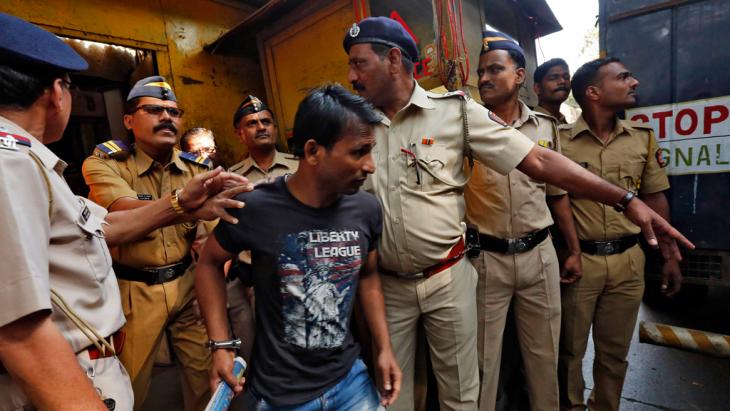 Need for police reform: Official statistics show that a woman is raped in India every 20 minutes. There are at least 26,000 cases a year. Police officers were complicit in the Badaun rape, both as participants and in protecting the perpetrators

Kavita Krishnan, the secretary of the All India Progressive Women's Association, is concerned that such statements show that the government is not really interested in listening to the women's movement.

"Right-wing groups supporting the present government impose dress codes on women in the name of Indian culture, which they equate with a certain conservative brand of Hindu culture," she says. "These groups have provoked honour killings, attacked women dressed in Western clothing, people celebrating Valentine's Day and visiting pubs."

Krishan believes that there's a harsh struggle ahead, as the present BJP government is seen as encouraging arch-conservative political groups that want to rob women of their autonomy.

For the last two years, women's groups have been aggressively challenging the conservative patriarchal norms deeply embedded in the society. Ruchira Gupta of Apne Aap Worldwide explains: "Females are in danger from the time they are conceived. They are victims of foeticide, are malnourished and hungry because the men in the family get bigger shares of available rations, are victims of child marriage, prostitution, maternal mortality, dowry, domestic violence, marital rape and honour killings."

Experts insist that education is the key to bring about a change the mindset of Indian society, which is still very gender-biased. With more women stepping out of conventional roles and taking on jobs, the traditional scenario in which the man was the breadwinner is changing, and a majority of Indian men are unable to cope with the new situation.

Gupta believes that a complete overhaul of the image of women is urgently needed in Indian society. "Boys and girls need to be taught early on to respect each other. We need to make them realise both that they are accountable for what they do, and how women feel when they are stalked and raped."

Home
Print
Newsletter
More on this topic
Women in Morocco: Rape victims no longer forced to marry their aggressorsWomen in Afghanistan: In prison for being rapedWomen's rights in India: The Constitution can wait
Related Topics
Democracy and civil society, Gender, Honour killings, Human rights, Narendra Modi, Women in the Islamic world
All Topics

India's ruling political party Bharatiya Janata Party (BJP) is inspired by the ideology of Rashtriya Swayamsevak Sangh (RSS). Its core philosophy revolves around the idea of a ... END_OF_DOCUMENT_TOKEN_TO_BE_REPLACED

Hindu fundamentalist Ashok Sharma has devoted his life to championing the deeds of an Indian "patriot": not revered independence hero Mahatma Gandhi, but the man who shot him dead END_OF_DOCUMENT_TOKEN_TO_BE_REPLACED

At the end of every year, the team at Qantara.de gives you a run-down of the ten most-read articles on the site over the past 12 months. Here is a quick overview of the stories ... END_OF_DOCUMENT_TOKEN_TO_BE_REPLACED

COP27 in Sharm el-Sheikh is turning into a PR disaster for Egypt’s military regime. Instead of praise for the host, the news is full of solidarity for imprisoned activist Alaa ... END_OF_DOCUMENT_TOKEN_TO_BE_REPLACED

Comments for this article: New rape laws must be implemented

The argument she makes is simple because what motivates violence against women is simple: the stupid and persistent messages all societies - to a greater or lesser degree - promulgate: women are not valuable. Women ARE valuable, and valuing women is the key to ALL positive social change, which has been demonstrated countless times.

END_OF_DOCUMENT_TOKEN_TO_BE_REPLACED
Social media
and networks
Subscribe to our
newsletter