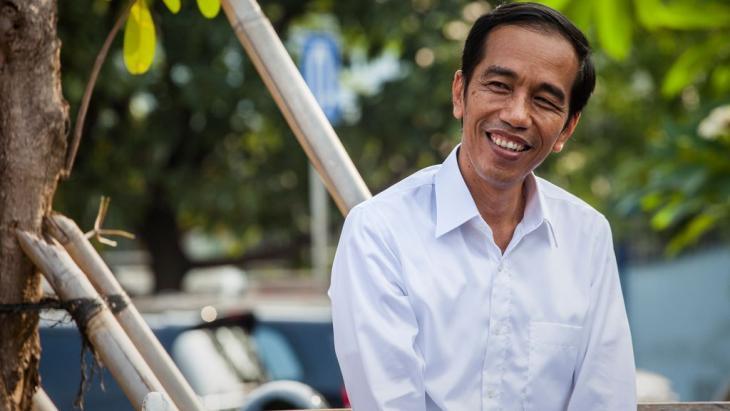 Indonesians have chosen Joko Widodo, commonly known as Jokowi, to be their next president. He won more than 53 per cent of the vote in July's election. His rival Prabowo Subianto refuses to concede defeat and has taken the matter to the Constitutional Court. Observers doubt the court will accept his claim that the election was stolen. By Edith Koesoemawiria

Congratulatory wishes poured in from heads of foreign states for Joko Widodo, Indonesia's president-elect, even as Indonesians still held their breath after the official announcement on 22 July. The General Electoral Commission (KPU) announced that Jokowi and his running mate Jusuf Kalla had won more than 53 per cent of all votes. Prabowo and his running mate Hatta Rajasa did well – but just under 47 per cent was not enough to win.

Prabowo proved to be a sore loser. He withdrew from the election shortly before the KPU announced the results, suddenly claiming there had been manipulations. He called for new elections and promised to prove foul play, but he did not provide any serious evidence. Later he took the matter to the Constitutional Court. Observers believe he did so not because he hopes the judges will let him prevail, but because he might be liable to pay a fine or even have to spend time in jail for obstructing the electoral process.

The Constitutional Court must decide in the matter by the end of August, which means there is a still a lingering sense of uncertainty. However, many of Prabowo's followers are disenchanted, and his political allies have begun to back away.

Before the results were announced, rumours abounded that there would be riots if Prabowo lost. Many people felt threatened. They are also irritated by Prabowo's manoeuvres to forge a permanent majority coalition in parliament to obstruct the new head of state.

In Indonesia, the world's third most populous democracy after India and the USA, private-sector media play a dominant role. They tend to promote the interests of their owners, and most of them sided with Prabowo. Accordingly, this was the toughest and probably most divisive election campaign Indonesia has experienced since the authoritarian rule of Suharto ended in 1998. Prabowo belongs to the elite; he is a former general and former son-in-law of Suharto. 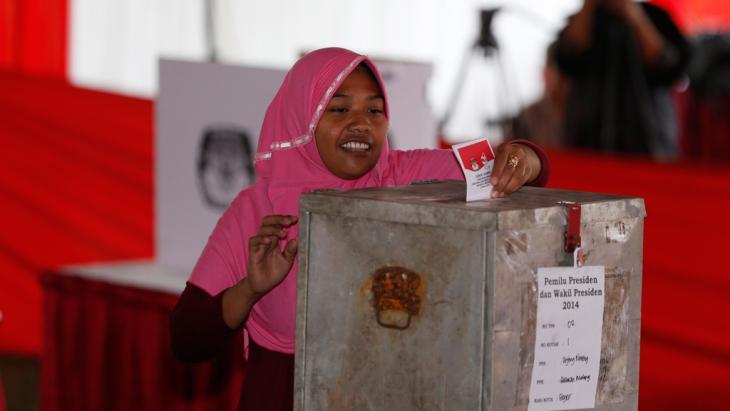 Almost 133 million people (over 70 per cent of those eligible to vote) went to the polls in Indonesia's presidential election in early July. Official results say that the governor of Jakarta, Joko Widodo, came out on top, garnering 53 per cent of all votes cast

Jokowi, on the other hand, is a self-made man. He started out with a shoe-string campaign. His track record as an honest worker with pro-people programmes, first as mayor of Solo and later as governor of Jakarta, earned him the admiration of many people. When smear campaigns against him became rampant during the election campaign, supporters rallied around him and reached out to voters at grassroots level in a bottom-up manner.

Prabowo's campaign, on the other hand, was expensive and top-down. He wanted to be seen as a military hero because of his role in Indonesia's occupation of East Timor, but many consider him a human rights offender. In the last months of the Suharto regime, Prabowo was the head of the army's special forces. At the time, many people were killed or disappeared. Prabowo was later discharged from the military for having exceeded orders and became a business man.

He had the backing of a wealthy brother and a large part of the elite. Some people expressed the hope that his sheer wealth would make him immune to the corruption that haunts the country. Prabowo certainly counted on people's dissatisfaction with living standards and relied on nationalistic rhetoric, projecting a strong-man attitude similar to that of Suharto.

Immediately after polling on 9 July, both sides proclaimed victory based on conflicting exit polls. Prabowo made threatening accusations, while Jokowi offered reassurance. Prabowo called on supporters to rally, while Jokowi told his to trust the electoral process and the security forces.

Almost 133 million voters turned up for the election. More than 70 per cent of eligible voters took part. In terms of policies, the two candidates did not differ much. Both promised a clean government. Jokowi stressed inclusiveness and equitable growth, while Prabowo's ties to the elite are obvious. Most important, perhaps, was that Jokowi's campaign proved that he felt comfortable and safe among the people, whereas Prabowo tried to control everything.

Indonesians want change. They know that Jokowi offers the chance of improvement they deserve.

We are in favour of human rights. But One Love armbands are self-righteous and ignore some fundamental issues. Stefan Buchen examines the debate surrounding the World Cup in Qatar END_OF_DOCUMENT_TOKEN_TO_BE_REPLACED

With its traditions of neutrality and non-alignment, Indonesia has had to tiptoe around the Ukraine war debate. Pro-Russia sentiment in the region complicates Jakarta's foreign ... END_OF_DOCUMENT_TOKEN_TO_BE_REPLACED

Calls for an environmentally-conscious form of Islam are growing in Indonesia, as climate change poses enormous ecological challenges for the country. Experts say it could change ... END_OF_DOCUMENT_TOKEN_TO_BE_REPLACED

Indonesia has become a primary battleground between democratic and autocratic visions of Islam in the 21st century, with Nahdlatul Ulama pitted against Abdullah bin Bayyah, a ... END_OF_DOCUMENT_TOKEN_TO_BE_REPLACED

END_OF_DOCUMENT_TOKEN_TO_BE_REPLACED
Social media
and networks
Subscribe to our
newsletter