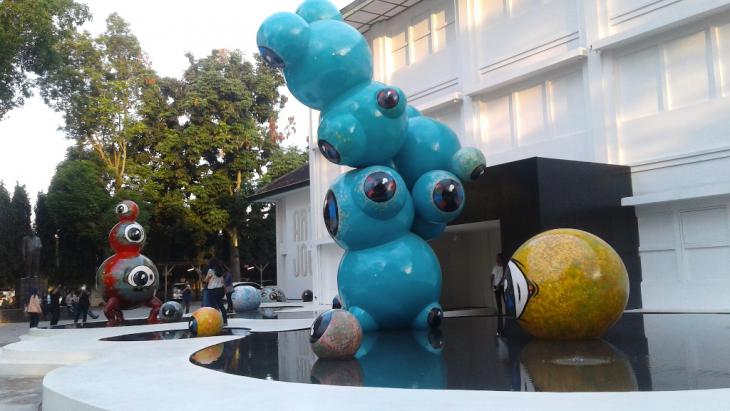 The theme of this year′s ArtJog, the largest art fair in Indonesia and a major event in Southeast Asia, is ′Changing Perspective′. Now in its tenth year, it is being hosted by Yogyakarta, Central Java′s cultural capital. Zora Rahman gives her impressions

Vibrantly coloured huge eyes float on artificial ponds in front of the Yogya National Museum – single eyes, or in pairs next to and on top of each other, aliens with many eyes and a seven-metre structure made out of a dozen eyes. They stare at the viewer, look through him, beyond him and take in everything.

"Floating Eyes" is the name given to the work by its creator, the artist Wedhar Riyadi, a piece with which he aims to portray the social change affecting his country and the world as a whole. On the one hand, it has never been easier to express opinions so freely as in the age of social media. But on the other, it has also never been so easy to monitor and control people: everyone is watching everyone else.

"The title – ′Changing Perspective′ – is a way for us to observe and question the current state of politics, society and culture, especially in view of the current growth in intolerance," explains curator Bambang Witjaksono. "Even though we are a commercial trade fair, I wanted to include critical works, bearing in mind the societal changes taking place in our country."

But few of the participating artists responded to this call. This year's ArtJog may appear highly professional, aesthetically impressive and entertaining, but as far as content is concerned, most of the works shown are a reflection of the artists' personal motivations or the art scene in general. Any critical engagement focuses first and foremost with lifestyle themes, global commercialisation and environmental problems. Apart from a handful of exceptions, such as Riyadi, socio-political and even religious developments at home are generally left out of the equation. "To be honest, I had hoped for somewhat more depth," curator Witjaksono admits, "but I can't coerce the artists in their work."

The digital photo artist Agan Harahap for example, shows Hulk Hogan in a digitally edited black and white photo as a traditional "Bounty Hunter". A technically perfect, highly aesthetic, even amusing work. But hardly critical. This although the 37-year-old graphic designer – also known as the "photoshop king" – is seen as a star of Indonesian social media not least because of his political-satirical images: 64,000 followers click on Harahap's Instagram account, when he digitally unites the Christian governor of Jakarta, who has just been convicted of blasphemy, in a brotherly gesture with the head of the radical "Islamic Defenders Front" (FPI). Or when he has Vladimir Putin and Kim Jong Un conducting the hajj pilgrimage together. 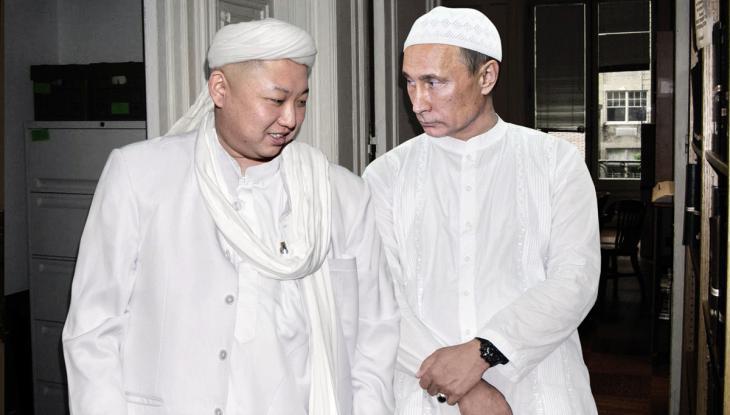 The potentates of Russia and North Korea presented as fellow Muslims: for some time now, digital photography artist Agan Harahap has been regarded as the ′Photoshop King′. He is one of the stars of Indonesia′s social media scene, not least because of his politically satirical work

"I'd never show pictures like that at an exhibition of this importance," says the internationally successful artist, "it would be suicide." But it would be a shame, he continues, if a major art fair such as this had to close down because of the possibility that radical groups might storm the site because of such images.

Unfortunately, his fears are not unfounded. Attacks by both radical Islamic and right-wing nationalist organisations have increased dramatically over the past two years, particularly in Yogyakarta. Hit with particular frequency were events that either dealt with LGBT rights or the processing of the mass murder of around one million Communists in the years 1965/66 – two issues that are a thorn in the side of both Islamist forces and nationalistic conservative groups.

The vaguest suspicion of pornographic imagery also brings the mob out onto the street. While attackers are practically always allowed to intimidate and use violence with impunity, the police either look on without taking any action or even appear together with the self-appointed moral guardians, to restore public order by shutting down the event in question.

As recently May this year, for example, an exhibition by the artist and human rights activist Andreas Iswinarto was ended before the opening, because an anti-communist youth organisation threatened the organiser with violence: the exhibited paintings dealt with the poet Wiji Thukul, abducted and probably killed during the Suharto era.

To this day, exclusive networks within politics and the military are preventing the clarification of this and thousands of other cases of political despotism under the former regime. Right-wing radical and Islamist camps in the country are united by the hatred that has been stirred up for decades against anything that could in any possible way hark back to communism. 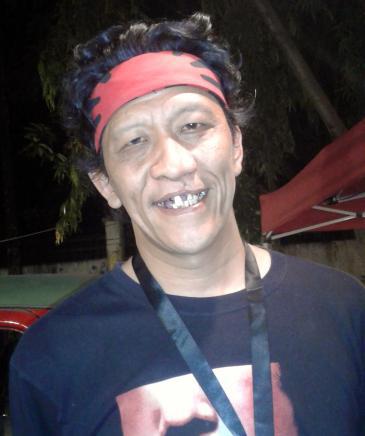 Bambang Witjaksono fears that attacks against artists and those holding different views are likely to increase in the multi-ethnic Southeast Asian country in future: "the goal of these people is to destroy the old traditions of Indonesia. They only allow one truth to apply," comments ArtJog′s curator

In May 2016, a relatively small exhibition of young artists had to be shut down after it was threatened by a radical Islamist group which alleged that it displayed images of a pornographic and homosexual nature. Although this was not true, the police forced the closure of the gallery and ensured that the murals were painted over.

Operators of the alternative cultural centre Survive Garage have also experienced at first hand helplessness in the face of these so-called citizens' initiatives. In April 2016, dozens of men in Islamic clothing stormed the workshop of a women's collective. Although most of those present were women and children, the attackers threatened violence with bamboo canes and machetes if the event was not stopped immediately – among other things they were concerned that it focused on the rights of women and homosexuals, that "immorally attired" female bands were performing and that alcohol was being consumed.

Fighting for tolerance and diversity

Instead of helping the intimidated participants, police advancing at the same time used warning shots to underscore the demands of the attackers and took several participants back to the station with them – "for their own protection". The event organisers had not committed any offence against the secular legislation of Indonesia.

Nevertheless in the aftermath, Survive Garage had to remain closed, despite all the best efforts of local residents to exhaust all legal channels – thus far without any compensation for rental payments made in advance. The alternative art space has now opened in another neighbourhood viewed as more tolerant due to its many art studios. "We aim to continue fighting for tolerance and diversity in our nation. Art is an important medium for educating people," says Fitri Dwi Kurniasih, co-operator of the arts and culture centre. But we're now more cautious in our work – the terror is still in our heads."

Bambang Witjaksono believes that these events are just the start of a development that will increase in momentum in the years to come. "The goal of these people is to destroy the old traditions of Indonesia. They only allow one truth to apply," says the six-time curator of Artjog, himself a renowned pop artist.

"It is my mission to restore faith in Indonesia's old diversity. Art can open people's eyes to what's happening – and what their response must be. If we do nothing, there'll be a war."

We are in favour of human rights. But One Love armbands are self-righteous and ignore some fundamental issues. Stefan Buchen examines the debate surrounding the World Cup in Qatar END_OF_DOCUMENT_TOKEN_TO_BE_REPLACED

With its traditions of neutrality and non-alignment, Indonesia has had to tiptoe around the Ukraine war debate. Pro-Russia sentiment in the region complicates Jakarta's foreign ... END_OF_DOCUMENT_TOKEN_TO_BE_REPLACED

Calls for an environmentally-conscious form of Islam are growing in Indonesia, as climate change poses enormous ecological challenges for the country. Experts say it could change ... END_OF_DOCUMENT_TOKEN_TO_BE_REPLACED

Indonesia has become a primary battleground between democratic and autocratic visions of Islam in the 21st century, with Nahdlatul Ulama pitted against Abdullah bin Bayyah, a ... END_OF_DOCUMENT_TOKEN_TO_BE_REPLACED

END_OF_DOCUMENT_TOKEN_TO_BE_REPLACED
Social media
and networks
Subscribe to our
newsletter