Hundreds of thousands of tons of waste are exported to Indonesia every year. Entire villages live there from sorting it. Now the government is seeking to restrict imports - and local communities fear for their future. By Rebecca Küsters and Willy Kurniawan 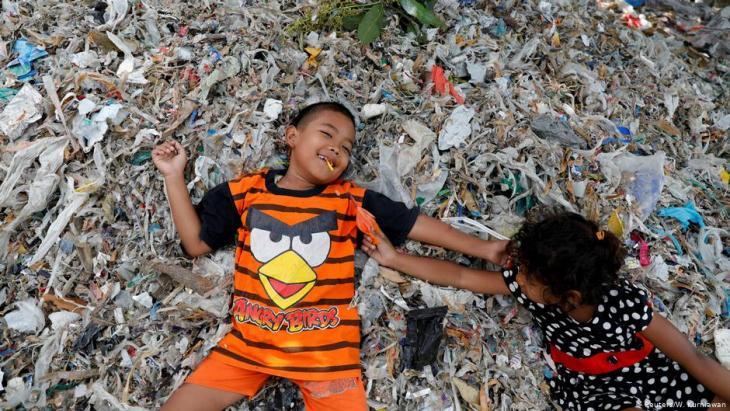 Waste – a family concern: like almost all 3,600 inhabitants of the village of Bangun, Sunarni and her husband Salam sort rubbish to make a living. The refuse has paid for the children's education, Salam says. He has also been able to buy a house and livestock. "I now have nine goats," says the 54-year-old. Photographer Willy Kurniawan visited the family and their neighbours in Bangun 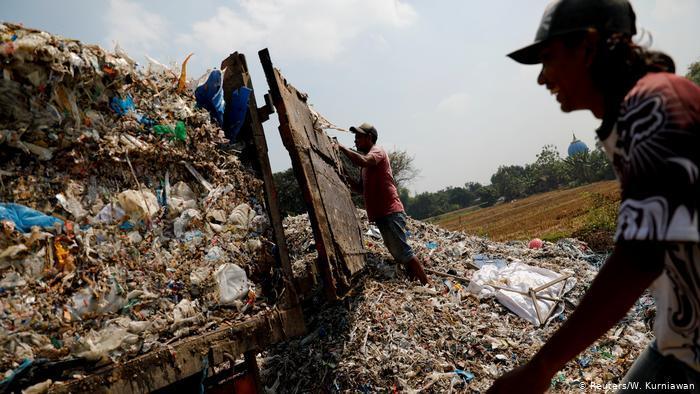 Waste from all over the world: last year, 283,000 tonnes of waste were exported from industrialised countries to Indonesia. Some of it ends up here in Bangun – including rubbish from Germany. Many of the once green rice fields have long since disappeared beneath mountains of rubbish. The workers are looking for plastic and aluminium that they can sell on to recycling companies 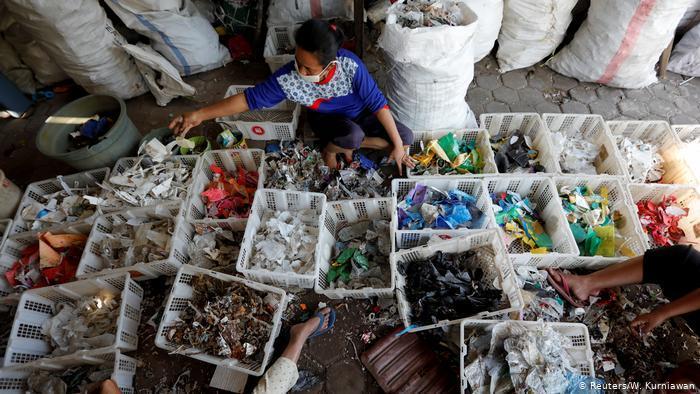 Refuse – blessing or curse? Currently, the income basis of the entire village is in danger: once China decided to stop importing garbage, the waste ended up in other Asian countries. Indonesia has therefore tightened up its rules and customs inspections. Hundreds of tonnes of waste have since been sent back to their countries of origin 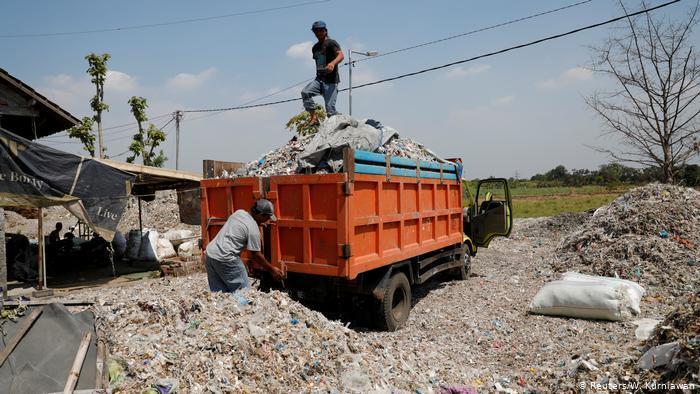 Uncertain future: while environmentalists welcome the stricter rules, the inhabitants of Bangun are worried about their future: "If they want to ban us from being here, there has to be a solution. The government has not offered us work," says Heri Masud 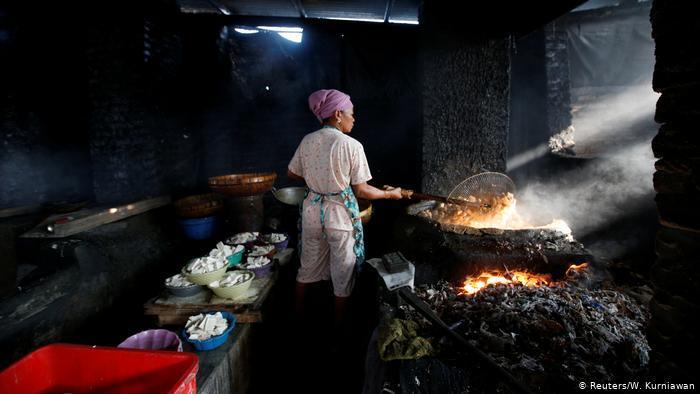 The waste economy: not only the workers and recycling companies in the area are dependent on refuse: in snack bars like this, rubbish is used for cooking. The income from sorting refuse benefits the whole village: for example, villagers could afford to go on a pilgrimage to Mecca 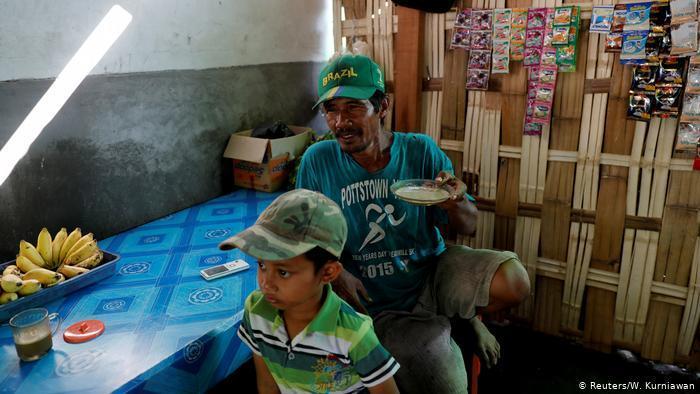 The work is easier than in agriculture," says Salam. The 54-year-old works as a waste broker between the villagers and a paper factory. But the work at the refuse dump is not completely harmless. Environmentalists warn in particular of the effects on the health of the villagers. Many of them live and work their whole lives surrounded by rubbish 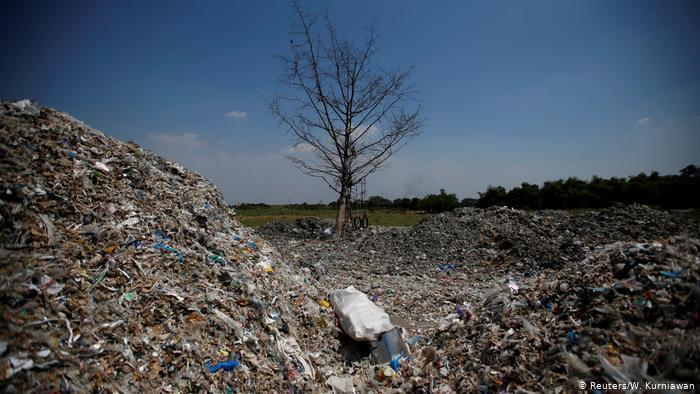 Dead trees, polluted oceans: the environment is also suffering from this mass of waste. Researchers from the environmental protection organisation ECOTON have found microplastics in the groundwater of Bangun and a nearby river. This is used by 5 million people in the area as a source of drinking water 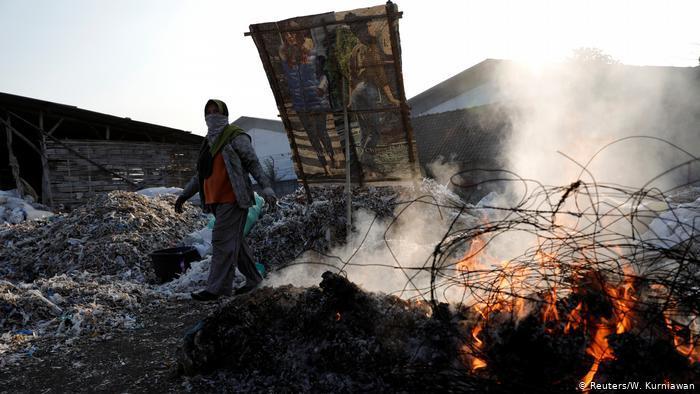 Indonesia's domestic refuse infrastructure needs an overhaul: simple household waste is even a problem in Indonesia, only a small part of it is recycled. Many dumps in the cities are overflowing and even the beaches are full of rubbish. "We know Indonesia has a refuse problem; now the rubbish from the USA is adding to it," Prigi Arisandi from ECOTON is annoyed 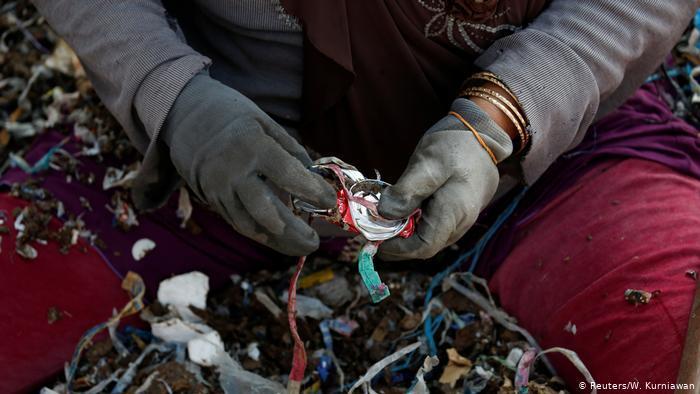 Ambitious plans: how and whether the situation will change in the future is unclear. The government is aiming to reduce the amount of plastic in the oceans by 70 percent by 2025 and is investing a billion dollars in the clean-up. However, it is unclear how these plans will be implemented. The construction of waste incineration plants is being delayed and a ban on plastic bags has been met with fierce criticism from the plastics industry

END_OF_DOCUMENT_TOKEN_TO_BE_REPLACED
Social media
and networks
Subscribe to our
newsletter