In his commentary Memet Kiliç, criticizes the tightening of immigration law in Germany. Instead of promoting integration, the "old defensive spirit" of the law on aliens is creeping into immigration law, says Kiliç

In his commentary, the chairman of the German Federal Advisory Council for Foreign Residents, Memet Kiliç, criticizes the tightening of immigration law in Germany. Instead of promoting integration, the "old defensive spirit" of the law on aliens is creeping into immigration law, says Kiliç 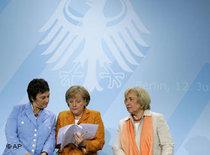 ​​"Integration" is a magic word that is paradoxically uttered most frequently by the "integration-averse." We immigrants want "participation" instead – in the economy, in politics and in society. But this striving is persistently ignored by the political opinion-leaders.

Often, integration of immigrants is imposed from above and determined according to language skills, i.e. knowledge of German. But the actual prospects even for immigrant children in Germany who are fluent in the language and have earned a university degree are clear when one notes the huge number of academically educated foreign taxi drivers! It seems almost as if the key positions in the economy and the best jobs are reserved for Germans alone.

When immigrants and their associations express fear of being used for the creation of token policies at the integration summits, they are not just being petulant, but are sending a clear signal – one that policymakers should take seriously.

Boycott of the integration summit

I can well understand why four Turkish organizations have already cancelled their participation in the Integration Summit. One can't simply proclaim integration by holding a nationwide summit, while in the background discriminatory amendments to the law on aliens are working to the opposite effect.

The federal government has proposed amendments to the Immigration Act that are ostensibly intended to implement the European Union's guidelines on residency and asylum requirements. But Germany is in fact taking advantage of this opportunity to incorporate a series of restrictions into the law.

Positive proposals for change, such as job mobility for non-EU citizens and improvements in the right of residence cannot belie the fact that the draft law is sending fatal signals with regard to the social acceptance of immigrants. 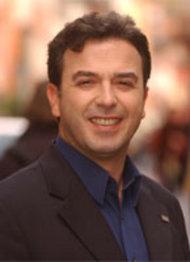 "One can't simply proclaim integration by holding a nationwide summit, while in the background discriminatory amendments to the law on aliens are working to the opposite effect", says Kiliç

​​Especially alarming are the sanctions called for in integration courses, which can lead to termination of residence, along with new rules for immigration of family members, restrictions in right to naturalization, and the undermining of data privacy.

Everyone knows that there are not enough German courses available in all of the immigrants' home countries, let alone ones that are close to their places of residence and affordable. The new law thus in effect creates a two-class system: one set of rules for those who can afford German courses and one for those who can't. In other words, this is a form of discrimination.

Shortly after reunification, nationalist voices in Germany grew louder. The horrific attacks on immigrants in Rostock, Hoyerswerda, Mölln and Solingen generated negative headlines in the media and once again put Germany in the world spotlight.

In order to prevent its international image from being tarnished, the Federal Republic of Germany passed a new law in 1993 for so-called "Anspruchseinbürgerung", the legal right to naturalization. The architect of this new ruling was the then and current Minister of the Interior Dr. Wolfgang Schäuble.

This new legislation, passed reluctantly and for tactical reasons alone, has never really been accepted by the majority of German politicians. This explains why so many attempts have been made to place obstacles in the path of those claiming citizenship, virtually blocking their access (i.e. demanding language skills or, in the current law, requiring certified completion of German courses, or pending a passing grade on a "citizenship test").

There are only two exceptions to these increasingly tight strictures: the so-called "Kinderstaatsangehörigkeit" (child citizenship) and the reduction in the legally required residency periods, both passed by the former SPD/Green coalition.

As soon as an undefined legal term is made concrete in a judicial ruling or is interpreted to the advantage of those affected (e.g. "sufficient language skills"), legislators seize upon a different vague concept to give the immigration authorities another tool for denying residency.

The stiffening of citizenship requirements for young people leads to the virtually complete denial of their legal right to naturalization. But naturalization should be made easier, not more difficult. The number of new citizens in Germany is already on the decline.

And now the naturalization laws are cracking down on those who are most disadvantaged in terms of education, training and the job market: young people under 23. An integration policy that denies them citizenship because they are neither in school nor earning their own living is equivalent to a punch in the face.

The recent extension of access rights to the central registry of aliens and the widening of identification measures is a dangerous intervention in the constitutional right of every individual to the privacy of his personal data.

Security is no argument for imposing further restrictions. One cannot protect democracy by gradually dismantling the basic rights to freedom on which it is predicated. On the contrary, a constitutional state based on freedom and democracy is the best way to fight terrorism.

Nor are the pared-down laws regulating the right to residency a real solution for the majority of refugees living in Germany. The many possible reasons for exclusion will ensure that in future only a small portion of the refugees can profit from the law. A series of exceptional leaves to remain, with no final residency permit in sight, will thus continue to be the order of the day for many refugees in Germany.

With the tightening of immigration law, the Federal Republic of Germany has put is political credibility at risk. Instead of promoting integration, the "old defensive spirit" of the law on aliens has once again taken hold of immigration law.

Interview with Rita Süssmuth
"Integration Is Not a One-Way Street"
The UN Commission on International Migration recently released a report entitled "Migration in an interconnected world". Roman Garthoff spoke to member of the commission, Rita Süssmuth, about the challenges in shaping a modern migration policy

Interview with Armin Laschet
"Integration Is a Top Priority"
Armin Laschet of the conservative CDU party is North Rhine-Westphalia's first Minister for Integration, the first minister of that kind in Germany. In this interview with Petra Tabeling, he talks about the headscarf and the necessity of integration