Integration in Germany
Better Than Its Reputation

The German media are inclined to present people from an immigrant background mostly as school failures, petty criminals, welfare recipients, Islamists or thugs. But the current annual report compiled by the Committee of Experts on Integration and Immigration gives surprisingly good marks when it comes to integration in Germany. Holger Moos reports 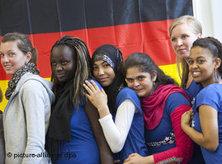 Integration in Germany works: The integration report's findings are in stark contrast to the horror scenarios in the media that infer that integration has failed right across the board

​​ In 2008 the German Committee of Experts on Integration and Immigration (SVR) was brought into being by eight independent foundations. The chairman is the renowned immigration researcher, Klaus J. Bade. In May 2010 the committee published its first annual report under the title Einwanderungsgesellschaft 2010 (Immigrant Society in 2010). The results are based on a representative survey that interviewed 5,600 people – both immigrant and non-immigrant.

A pragmatic, optimistic approach to integration

The report's findings are in stark contrast to the horror scenarios in the media that infer that integration has failed right across the board. Everyday life in German immigrant society is characterised by a "pragmatic, optimistic approach to integration". Two-thirds of all the people asked said they were interested in integrating immigrants. Trust is a decisive factor in establishing social harmony in an immigrant society.

According to the survey a "strong, basic mutual trust" exists between the long-established community and the immigrants. Immigrants have more confidence in members of the majority population than they have in their own.

Immigration researcher Klaus Bade: An immigrant society is characterised by complex social and cultural processes that changes both the immigrants as well as the majority population

​​ The subjective assessment of everyday matters of integration is also overwhelmingly positive. According to this 95 per cent of immigrants in Germany feel "very much at home" or "more at home than not".

Both the majority population and the immigrants are of the opinion that the German integration policies over the last few years have had a positive effect on integration, only 10 to 15 per cent found them negative. Actual discrimination of immigrants is less widespread than expected. It is mostly Turkish immigrants that experience discrimination, above all in schools, in their working lives and when dealing with official authorities.

The expectations placed on immigrants when it comes to integration are almost the same, be it among the majority population or the immigrants themselves. Foe example, immigrants should make an effort to get a job, to learn German, to leave school with good qualifications, to respect the laws of the land and to make friends with Germans. In contrast to all the discussions in politics and the media it is seldom expected of the immigrants that they should give up their religion or their culture and show a particular interest in German culture and history. That is why the demand that immigrants should assimilate culturally is largely ignored.

Compared with other countries Germany comes off really quite well. Immigrants may well be one and a half times more at risk than the majority population when it comes to losing one's job, but in other European countries this risk is four times as great.

Integration and immigration are now mainstream

It was only a few years ago that the question whether Germany was a country of immigration caused a real political stir. In the meantime immigration and integration have become politically mainstream issues. 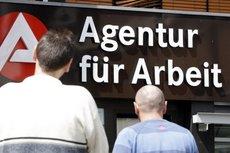 Compared with other countries Germany comes off quite well: Immigrants may well be one and a half times more at risk than the majority population when it comes to losing one's job, but in other European countries this risk is four times as great

​​ Even the conservative politicians of the CDU party, who always traditionally insisted that Germany was not a country of immigration, are now beginning to see "immigration as an opportunity" – this was the sub-title of a book called Die Aufsteigerrepublik ("The Republic of Upward Mobility") by Armin Laschet, a CDU politician and Minister of Integration in the state of North-Rhine Westphalia.

For Klaus J. Bade immigrant society is characterised by complex social and cultural processes that change both the immigrants as well as the majority population. He also said that new identities developed and old ones underwent a transformation.

Room for improvement in education

Nevertheless the annual report does in fact reveal a few problems. When it comes to education there is still a lack of equal opportunity. There is, so to speak, an "integration paradox". In theory all the people interviewed welcomed the demand for equal opportunity in the field of education. The majority of respondents had also had positive experiences with ethnically heterogeneous learning situations.

As educational success in Germany is still very strongly dependent on one's social background and as immigrants on average are in a worse social situation than non-immigrants, it might seem obvious that their comparatively poor performance at school can alone be put down to this. There is however also a connection between ethnic background and poor educational performance irrespective of people's social background.

The immigration report propounds that the German educational system promotes institutionalised discrimination against immigrants and warns that this might later put even more strain on the labour market and possibly jeopardise the country's social harmony.

When it in fact comes to the problem area of immigrant education the annual report does recommend a "drive for education and qualifications". In view of Germany's ever shrinking and ageing population immigration researchers are now demanding an active immigration policy that will make Germany more attractive for young and well qualified immigrants. Immigration alone however is not a cure-all for demographic change.

END_OF_DOCUMENT_TOKEN_TO_BE_REPLACED
Social media
and networks
Subscribe to our
newsletter