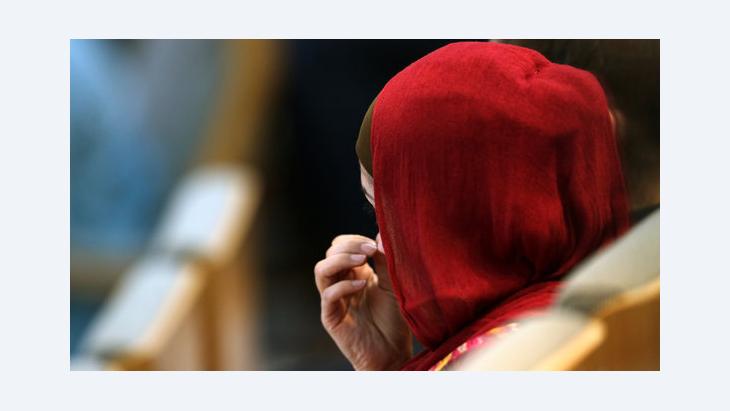 Integration in Germany
Time for Majority Society to Change Its Attitude

﻿In Germany, many Muslim women feel pressurised into re-defining and justifying their identities and their belongingness on a daily basis. Melahat Kişi feels strongly that instead of focusing on differences, the time has come to accept that all citizens of migrant origin in Germany belong to German society. No ifs, no buts

﻿Today, no one in German society disputes that the country's societal reality is shaped by the consequences of immigration and emigration. This is illustrated by a number of political statements, including the one made recently by Maria Böhmer, Federal Government Commissioner for Migration, Refugees and Integration, who said: "Germany is now a country of immigration."

Be that as it may, as a German-Turkish Muslim citizen in Germany, I see and experience in myriad ways that the question of whether someone legitimately belongs – the question of the symbolic "us" and "them", the either/or option – is all the more controversial. As a result, I find myself in situations every day where I have to justify or twist my belongingness in order to belong and to be able to take part in social life with as few barriers as possible.

Under pressure to negotiate

In my day-to-day life, I adapt to the familiar question regarding my ethnic roots by providing information about my German–Turkish origins before swiftly asking the person with whom I am speaking about his or her ethnic origins and those of his/her parents and grandparents. 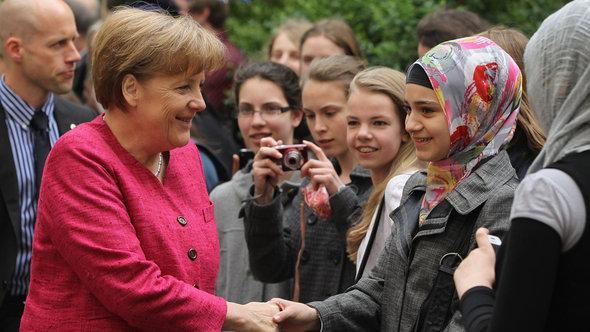 "The recognition by politicians over the past ten years that Germany is a country of immigration is a recognition of the country's social and lived reality and is evidence of a promising paradigm shift. That being said, the time has finally come for people of migrant origin to be recognised as belonging – politically, legally, and symbolically," writes Melahat Kişi

​​In most cases, the person generally responds after a few seconds of confusion either with an anecdote from a holiday spent in beautiful Turkey, which confirms my belongingness to Turkey, or with an irritated and angry dismissal of my question, which really only stems from my natural curiosity and my desire to get to know the other person.

Other Muslim women are also under great pressure to negotiate their identity in everyday situations. For example, Muslim women wearing headscarves who go to job interviews adapt to the doubts people have regarding their headscarves – which are seen as foreign and not very customer friendly – by emphasising to the interviewers how highly trained they are, the fact that they can speak several languages, and the importance of transcultural openness in the face of the current economic and demographic situation. In some cases they even allow other people to touch their headscarves so that they can quite literally grasp that a headscarf really is nothing more than a piece of cloth.

Finally, in order to avoid being disadvantaged as a result of prejudices and to have the chance to demonstrate their skills, they offer to work as interns for a certain amount of time. Either the astonished interviewer accepts the deal or bows to the collective assumption that Muslim women who wear headscarves are incapable of work. 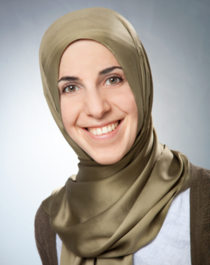 ​​The recognition by politicians over the past ten years that Germany is a country of immigration is a recognition of the country's social and lived reality and is evidence of a promising paradigm shift. That being said, the time has finally come for people of migrant origin to be recognised as belonging – politically, legally, and symbolically. No ifs, no buts.

This would mean that I would no longer have to react to symbolic boundaries by re-adjusting my belongingness over and over again and by proving that I belong just to be able to take part in society on an equal footing.

At the same time, I wish that the German majority would change its attitude to this issue so that my belongingness is seen as something quite natural and my identification with Germany is simply accepted as a legitimate belonging.

Giessen, Eichsfeld, Kusel, Berlin – cars bearing old German number plates are the latest trend on the streets of Cairo. Many Egyptians regard the discarded plates as chic. What ... END_OF_DOCUMENT_TOKEN_TO_BE_REPLACED

Tunisia has been going through a severe economic and political crisis in recent years. More than one in three young people there are unemployed. For many skilled, qualified and ... END_OF_DOCUMENT_TOKEN_TO_BE_REPLACED

German imams have publicly expressed their solidarity with the women of Afghanistan. In a letter of protest, the clerics say that the Taliban regime's decree barring women from ... END_OF_DOCUMENT_TOKEN_TO_BE_REPLACED

At the end of every year, the team at Qantara.de gives you a run-down of the ten most-read articles on the site over the past 12 months. Here is a quick overview of the stories ... END_OF_DOCUMENT_TOKEN_TO_BE_REPLACED

Social engagement is often motivated by religious factors. A new book explores the background to these community efforts and appraises how effective they are in helping to ... END_OF_DOCUMENT_TOKEN_TO_BE_REPLACED

The government in the Netherlands, one of the last European nations to abolish slavery, has made an historic apology. But some feel that there is still a long way to go. By Ella ... END_OF_DOCUMENT_TOKEN_TO_BE_REPLACED

Comments for this article: Time for Majority Society to Change Its Attitude

This opinion is blatantly incompatible with scientific ethics and the professional standards of a scientist as it squarely denies findings of reecent scientific research.

Just one example, pretending "that a headscarf really is nothing more than a piece of cloth". The report 'Muslim Life in Germany' describes clearly, based upon opinions from 3000 interviewed Muslima's that the head scarf is a religious practice, a cultural habit, AND also a political symbol and an issue of public order! The head scarf is indeed directly related to certain Muslims exerting social pressure and violence on Muslim wome in order to force them to wear the head scarf.

In this context, if someone pretends that "a headscarf really is nothing more than a piece of cloth", that is indeed perfectly acceptable as a personal opinion, but at the same time, it is totally inacceptable for a scientist.

Qantara would better avoid mixing up those qualifications.

END_OF_DOCUMENT_TOKEN_TO_BE_REPLACED
Social media
and networks
Subscribe to our
newsletter