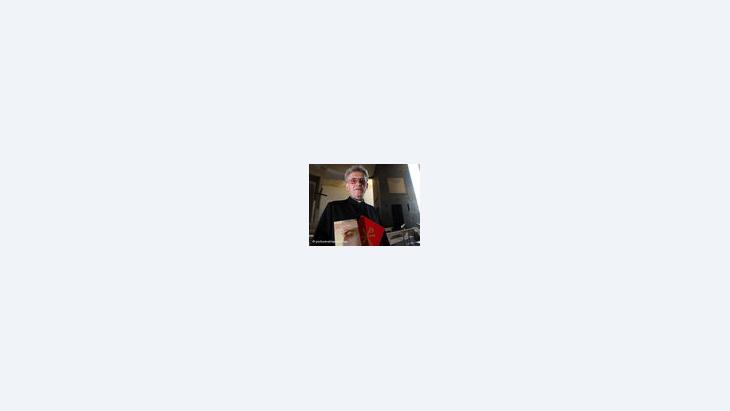 Cologne priest Franz Meurer has been encouraging dialogue between Christians and Muslims for a while now. He also loves to initiate projects: like collecting money to help the Muslim community in Cologne build a mosque. Monika Griebeler reports

​​Whether it's getting people at his parish to offer tables and chairs which they then donate to the Muslim community for a project room in their mosque or applying for European Union funds for language courses for girls, Pastor Franz Meurer is a man of action.

His church, St. Theodor, is located in the Höhenberg-Vingst areas of Cologne - two bordering, lower-income districts with high immigrant and Muslim populations.

Meurer's interaction with Muslims has been a driving force behind his projects. After speaking with church authorities and the church council, he began collecting money to give to the Turkish Islamic Union of the Institute for Religion (DITIB) to help them build their new mosque in the city most famous for its Catholic cathedral.

"Several years ago, when our new Catholic church was inaugurated, we received a present from a neighboring Protestant church," said Meurer. "We thought the idea was so nice, we wanted to do something similar ourselves."

That's when the idea to donate something to the Muslim community was born.

"It's a good idea to support those who think sensibly and want to live together in peace," Meurer said. "I think it would be a dangerous thing if everyone just lived in their own worlds, separated from one another."

Bekir Alboga, DITIB's appointee for inter-faith dialogue, said she thinks Meurer's willingness to pass the plate for understanding across religions.

​​"I think it's great that he's brave enough to show his true colors," Alboga said. "It's a wonderful thing when a Catholic priest dares to do what he's doing, even though right-wing extremism and xenophobia, and even Islamophobia, are on the rise.

But not everyone in Meurer's parish agreed with collecting money for the new mosque.

"I don't like the idea," one parishioner said. "People from all religions should be tolerant, and I don't see Muslims being that way."

Another man said that since donations helped to get St. Theodor built five years ago, he felt it was a good idea to help people of other faiths build their own places of worship.

"Everyone has the right to live their faith," another woman said. "We pray to our God and the Muslims to theirs. If we can build a church, then they should be able to build a mosque if they want."

The Cologne Central Mosque is to be built in the district of Ehrenfeld - at the site of the current, smaller DITIB mosque - and will be one of Germany's largest. It is designed to hold more than 3,000 worshippers, and building is set to begin in the fall.

However, construction of the mosque has been controversial. The right-wing extremist "Pro Köln" group - a political party that also sits on the Cologne City Council - has been one of the biggest opponents of the mosque.

It's the opposition to a new mosque that Alboga said makes Meurer's decision to back its construction a strong statement of support.

"I think Meurer's gesture is worth a lot more than the money the community wants to give us," she added.

Islam and Integration in Germany
The Merkez Mosque as a Symbol of New Acceptance
Since the late 1980s, more and more impressive mosques have been built in Germany. They are increasingly replacing the old makeshift mosques from the Gastarbeiter days. North Rhine-Westphalia's largest mosque celebrated its topping-out ceremony last week. Details from Alexandra Jarecki

German Architect To Build Mosque
"Muslims Should Not Try to Hide"
In order to find an architect for their mosque, a Muslim community in Germany conducted an open tender process. Now the German non-Muslim Paul Böhm was awarded the first prize for his model. Thilo Guschas interviewed the architect

Mosques in Germany
The Minaret Man
Ahmet Akbaba had a good idea at exactly the right moment. Originally a carpenter, he began specializing in building minarets and is now the top man in Germany for the field. Abdul-Ahmad Rashid introduces him

Beirut usually sparkles and dazzles at Christmas time. This year, marked by major protests, however, everything has been turned on its head: there is a distinct lack of Christmas ... END_OF_DOCUMENT_TOKEN_TO_BE_REPLACED

As historian Wiiliam Dalrymple writes in his essay, scholars are only now beginning to realise the extent to which the Mughal emperors adopted what most would assume to be ... END_OF_DOCUMENT_TOKEN_TO_BE_REPLACED

In an innovative move for both religions, European Jews and Muslims have committed to standing up in solidarity more often. The aim is to combat the resurgence of right-wing ... END_OF_DOCUMENT_TOKEN_TO_BE_REPLACED

The declared goal of the Abrahamic Teams is to improve how Jews, Christians and Muslims interact with and live alongside each other. The project, which originates in Germany, is ... END_OF_DOCUMENT_TOKEN_TO_BE_REPLACED 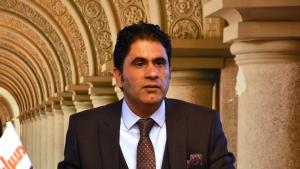 Dedicated to preserving Iraq's diversity, which he considers the country's real capital, Saad Salloum has launched a new institute to combat hate speech and change the Islamic ... END_OF_DOCUMENT_TOKEN_TO_BE_REPLACED 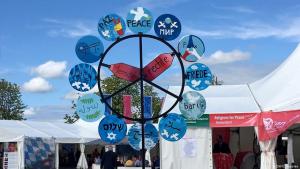 At this year's global religion summit on Lake Constance, female delegates from Africa, Asia and the Middle East made clear women must have a greater say. By Christoph Strack END_OF_DOCUMENT_TOKEN_TO_BE_REPLACED
Date:
Mail:
Send via mail