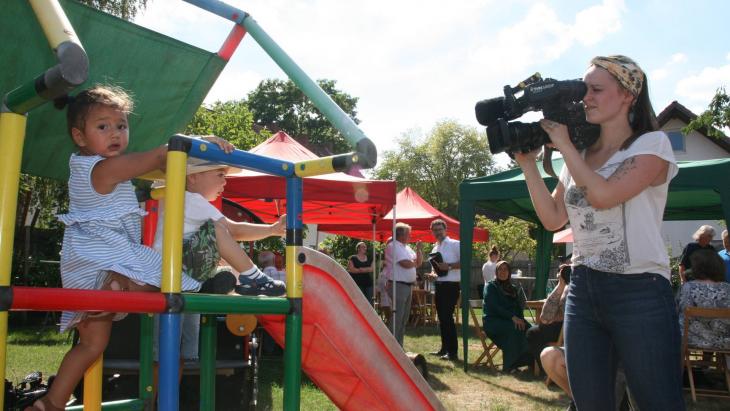 Despite early learning being linked to better chances in later life, Muslim parents in Germany are currently less likely to send their kids to kindergarten. A pioneering interfaith project in Gifhorn presents an appealing alternative, promoting integration in partnership with local church and state actors. Arndt-Walter Emmerich reports

Germany’s first Muslim-Christian kindergarten was officially inaugurated in Gifhorn – a small town in Lower Saxony – in 2018. The vision fostered by local religious leaders sees kindergarten as a novel form of institutionalised dialogue, producing "conflict mediators" and "resilient children" who are "less prone to violence". Other stakeholders view the Muslim-Christian kindergarten as a potential "franchise", "model project" and "start-up", benefitting the economic prosperity of the region. Gifhorn’s interfaith educational aspirations thus reflect the increasing dovetailing of economic concerns and integration policy. Cultural and religious competency in the workforce is of growing interest to both the private and public sectors.

Like other boroughs, Gifhorn struggles to provide enough kindergarten places to meet parental demands, which is why new educational schemes are subsidised and welcomed by policymakers and politicians alike. Local churches take advantage of the deficit in kindergarten places to attract financial resources, advance religious profiles and offer distinct faith-based curricula. Muslim communities may have similar educational plans, but these are rarely implemented.

The accreditation process for Muslim-led kindergartens is heavily scrutinised, which explains why there are fewer than 40 Muslim kindergartens across Germany and none in Lower Saxony. Given the bureaucratic hurdles, not to mention the reservations expressed by policymakers and the wider German public towards Islamic education, interfaith projects present an excellent alternative for local mosques and Islamic associations looking to build trust and boost their religion’s image.

Between 2018 and 2020, I travelled to Gifhorn several times to speak to mosque and church leaders, members of the different congregations, kindergarten staff and parents, local politicians, civil servants and experts at a state and federal level in Lower Saxony. I also joined in kindergarten activities, religious services, open mosque days and an intercultural council. 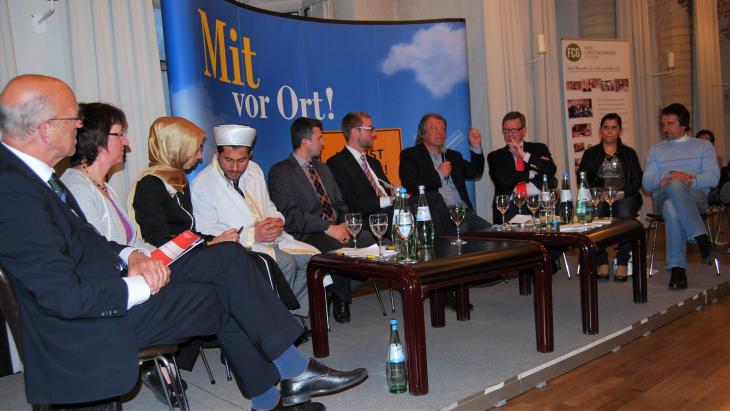 Announcing an interfaith kindergarten: the summit held at Gifhorn Castle in April 2015 was attended by 120 delegates from various Christian denominations and mosques. One Muslim delegate recalled a sense of discomfort: "We were invited to talk about contributions to our city, but were mostly confronted with security-related questions about Islam." Despite fears being raised about cooperating with Muslims, informal negotiations continued behind the scenes. After the event, local Catholic leaders met up with local Muslim representatives: it took just two hours to realise there were no real hurdles

Gifhorn (population: 42,000) has a long history of migration and interfaith and intercultural dialogue that can be traced back to the intercultural "Europa Fest", held in 1986 – established to reduce rising tensions between the existing Turkish migrant population and new arrivals from the Soviet Union. Still, it would be January 2015 before the idea of an interfaith kindergarten was mooted. The local newspaper, Gifhorner Rundschau, published an interview with the mosque chairman and two church leaders as part of a series on religions in the area.

The Rundschau was concerned with social cohesion in Gifhorn, following violent clashes between Yazidis and Muslims in the neighbouring town of Celle in October 2014. Hence, the rationale for the series was to inquire "if such violence might also break out in Gifhorn". As the interview coincided with the Charlie Hebdo attacks in Paris, the mosque chairman was confronted by the event organiser, who asked how he made sure that Islam was not being manipulated for political ends in Gifhorn. He was also asked during the discussion what he thought of sending his children to a Christian kindergarten.

The chairman argued, with a view to the changing demographics within the mosque congregation, that the community would like to open its own kindergarten. "I understand, but I think it would be wrong," replied the Catholic representative. "I suggest we cooperate and start a kindergarten together." The pragmatic mosque chairman, known locally for his commitment to Muslim teenagers, agreed and the idea of Germany’s first Muslim-Christian kindergarten was born.

There followed an interfaith summit at Gifhorn Castle in April 2015, where the plan to open a joint kindergarten was announced. The summit, attended by 120 delegates from various Christian denominations and mosques, gave a foretaste of the antagonism that would characterise the public debate over the next three years, with fears raised about cooperating with Muslims. One Muslim delegate recalled a sense of discomfort: "We were invited to talk about contributions to our city, but were mostly confronted with security-related questions about Islam."

The event concluded, but informal negotiations continued behind the scenes. Local Catholic leaders met representatives from the mosque: it took just two hours to realise that there were no real hurdles. Subsequently, the Protestant church (the most powerful religious authority in the region) and Diakonie (a Christian welfare association with 1200 employees locally) were invited to join the discussion. From autumn 2016 onwards, monthly meetings, which participants remember as being "amicable" took place between the mosque, the Catholic church and Diakonie. 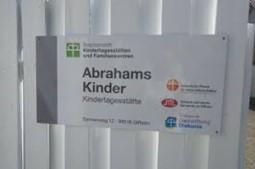 Defiant in the face of AfD pressure: struggling to meet the initial enrolment numbers, the Christian-Muslim kindergarten, forced to postpone opening for a year, was targeted for months by local right-wing populists. Their aggressive campaign prompted a backlash, however. Determined not to let a fringe group dictate civil society affairs, the mosque and local churches mobilised to ensure all the vacant places were filled and the project finally opened its doors in August 2018

By winter 2017, most of the issues – such as halal food for all children, German as the language of instruction and deciding the key pedagogical concepts – had been resolved. The town council and mayor became involved and media attention increased, against a backdrop of accelerating polarisation within Germany. While the political situation between Turkey and Germany deteriorated at a national level as a result of the so-called spy affair, the kindergarten agreement was ceremonially signed and celebrated in Gifhorn town hall on 28 April 2017.

In June 2017, the local branch of the far-right Alternative for Germany (AfD) began agitating, demanding the name of the kindergarten be changed from "Christian-Muslim" to "multi-faith kindergarten". The AFD campaign intensified when the kindergarten failed to open – as initially planned – in October 2017, because it struggled to meet the mandatory numbers for enrolment. Then, an unforeseen problem arose over the kindergarten’s location, heightening uncertainty. Moreover, there were parental concerns, both over the use of Turkish or rumours of the project becoming a Christian "missionary" kindergarten. In early 2018, the kindergarten almost failed, as political support dwindled. One member of the kindergarten team cites this period as "a real low point".

At this critical juncture, the AfD campaign reached its peak. In March 2018, AfD politicians ratcheted up the tension by publishing a press statement, entitled "Halal kindergarten in Gifhorn an epic fail". The AfD then proceeded to disrupt an open session of the town council, accusing the mayor of compromising the well-being of German children by collaborating with the Turkish government. Several politicians left the room in protest at the offensive statements. An eyewitness later recalled that "right-wing ideology was openly promoted [during the session]".

The kindergarten was grist to the mill of the newly established AfD chapter. It mobilised against halal food, playing on societal fears of a cultural invasion. Those I interviewed from across the political and religious spectrum agreed that the aggressive AfD campaign reactivated their political determination to demonstrate unity: "a local fringe group could not be allowed to dictate civil society affairs". The incumbent conservative government (CDU) then realised that it could derive political capital from publicly defending the kindergarten and, by extension, Gifhorn’s liberal reputation.

A campaign of internal mobilisation within the mosque and the local churches meant all the vacant places were filled and the kindergarten was able to open in August 2018. Polarisation continued during the period surrounding the opening, however, coinciding with the so-called "Ozil debate", during which the loyalty and patriotism of German national footballer Mesut Ozil and Germans with Turkish backgrounds were publicly called into question. Kindergarten staff, committee members, and politicians became the target of personal threats and political flyers carrying offensive misinformation were distributed around Gifhorn. 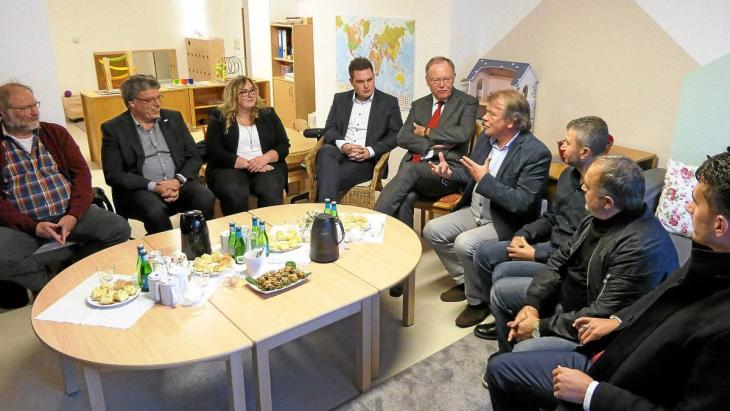 Political and economic stakeholders view the Muslim-Christian kindergarten as a potential "franchise", "model project" and "start-up", benefitting the economic prosperity of the region. Gifhorn’s interfaith educational aspirations thus reflect the increasing dovetailing of economic concerns and integration policy. Cultural and religious competency in the workforce is of growing interest to both the private and public sectors

The opening press conference was attended by more than 80 people, among them national Christian and Muslim leaders and various local representatives from the local authority and civil society. There was extensive coverage in the national press, the local state broadcaster, NDR, filmed the event, and Germany's domestic security agency deployed two covert officials to prevent a potential attack. In the months that followed, various high-profile politicians, including the president of Lower Saxony and the state minister of culture, visited in a show of support. During the first year, the kindergarten consolidated its position, with full enrolment, committed staff and parents, not to mention reduced media attention, while interfaith events among the three communities intensified.

Negotiations to open the kindergarten became entangled with national and international developments, such as the ascent of right-wing populism, coverage in the national media, shifting state-level politics and deteriorating relations between Germany and Turkey. Against this backdrop, the kindergarten, which mirrors Germany’s national policy framework of integrating Islam through partnership and cooperative dialogue, is a platform on which local negotiations and interreligious dynamics play out, uncovering complex intersections between local, national, and international politics.

In August 2021, Gifhorn announced that the kindergarten will soon relocate to a refurbished and spacious mansion with the space to accommodate up to 115 children. This is thanks to a private investor who supports the project's interfaith concept. The concept of partnership upon which the kindergarten was founded has proved vital to achieving the institutional equality and integration of Islam at a local level – the happy outcome of a resilient multi-level network of governance.

Negotiations over a Jewish-Muslim-Christian kindergarten are currently ongoing in Berlin, while a Jewish-Muslim-Christian primary school has been successfully opened in Osnabruck. Whether similar kindergarten facilities can be replicated in more cities, influence public policy and become role models for the integration of religious and ethnic minorities through local partnerships and cooperation, only time will tell.

Arndt-Walter Emmerich is an affiliate of the Max Weber Institute of Sociology, Heidelberg University.

In Doha, Arabs from Morocco, Tunisia, Egypt and Algeria are gathering to celebrate the first ever FIFA World Cup to be held on Arab soil. The criticism from Europe? Over the top, ... END_OF_DOCUMENT_TOKEN_TO_BE_REPLACED

Canan Topcu came from Turkey to Germany as a child. In her essay, she describes how bothered she was by the racism she encountered in her country of origin when she travelled ... END_OF_DOCUMENT_TOKEN_TO_BE_REPLACED

All organisers use major sporting events like this year’s FIFA World Cup in Qatar primarily to advertise their country and promote a slick public image. This is not something we ... END_OF_DOCUMENT_TOKEN_TO_BE_REPLACED

Lamya Kaddor, MP for Germany’s Green Party, visited Qatar with a group of parliamentarians. In interview with Claudia Mende, she advocates a differentiated picture and urges that ... END_OF_DOCUMENT_TOKEN_TO_BE_REPLACED

COP27 in Sharm el-Sheikh is turning into a PR disaster for Egypt’s military regime. Instead of praise for the host, the news is full of solidarity for imprisoned activist Alaa ... END_OF_DOCUMENT_TOKEN_TO_BE_REPLACED
Author:
Arndt-Walter Emmerich
Date:
Mail:
Send via mail

END_OF_DOCUMENT_TOKEN_TO_BE_REPLACED
Social media
and networks
Subscribe to our
newsletter