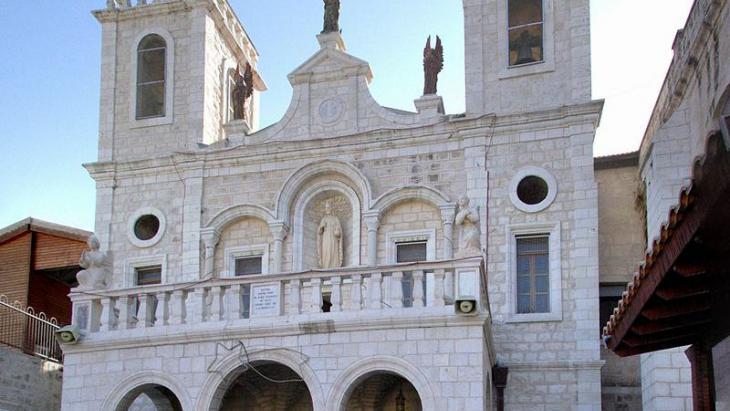 In the village of Kafr Kana in Galilee, Mayor Mujahid Awawida wants to set an example and take a symbolic stand against IS terrorism and religious intolerance: he intends to construct a new complex that will house a mosque, a church and a park. Khaled Hroub has the details

For several weeks now, Arab and international media have barely been able to stay on top of their reports on all the brutal acts committed by the terrorist group Islamic State (IS), which propagates a culture that here and there lies dormant in the structures of our societies and our upbringing.

But the very same media are not paying attention to things that are happening beyond the battlefields, things that promote the co-existence of ordinary people. For example, in total contrast to the attempted eradication of certain religious denominations and deadly religious fanaticism, an amazing human heritage is in the process of being revived in the villages around Nazareth.

Nazareth, the town that symbolises Palestine, Jesus and Galilee, is propagating peaceful co-existence between people of different religions. Here, so close to heaven, Christians and Muslims have always lived in mutual affection and brotherliness. Nazareth has experienced a great deal: the childhood of Jesus and the miracles he wrought, the victory of the Muslim armies and the battle waged by Saladin in nearby Hattin.

A symbol of religious co-existence 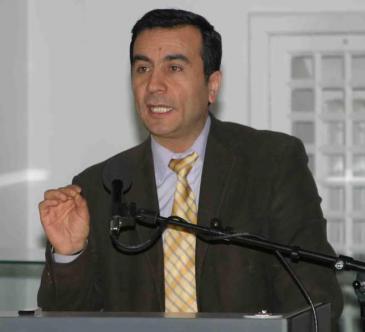 Khaled Hroub (born near Bethlehem in 1965) is head of the Cambridge Arab Media Project (CAMP) at the University of Cambridge, where he also teaches Middle Eastern Politics and History. He has written several books on political Islam, which have been published in several languages

According to a report published in the newspaper "Al-Quds al-Arabi", the construction of a joint Islamic-Christian monument is set to begin in September 2014 in the village of Kafr Kana in Galilee. The budget and the site have already been approved. It is hoped that the complex will become a symbol of religious co-existence in the village and in the area around Nazareth.

Mayor Mujahid Awawida said the idea had arisen from the "aberrance" currently ravaging the entire Middle East, the most perfidious excrescence of which is IS – a terrorist organisation that he feels poses a greater threat to Islam than all its enemies throughout history.

"This highly symbolic project sends out a message of hope that there are still astute people who are rectifying matters and who, as Muslims and Christians together, would like to instigate a new beginning in the Arab world," says Awawida.

Emanating from the Koranic principle "To you your religion and to me mine" and the principle that "All religions are of God", Muslims and Christians in Kafar Kana have always shared bread, concerns and hopes with each other. In accordance with this tenet, they always held together, in good times and in bad.

With this creative and wonderful idea, Mayor Mujahid Awawida makes us aware of something that we risk losing each and every day, as we sit aghast in front of the television set following the progress of apparently interminable denominational conflicts. This idea, from a village near Nazareth in Galilee, is a clear expression of something for which there can be no alternative: co-existence instead of endless reciprocal bloodshed! This must be the lesson learned from history everywhere and for all time.

Search for a common formula

Wherever different ethnic groups and religious communities live alongside one another, conflicts arise. But after every episode of bloodshed, people ultimately come to the realisation that everyone must find an acceptable formula for co-existence. Having paid a high price for this lesson, people could now move from the exclusion to the acceptance of others. One should respect differences, but not make them the main focus. Then one can concentrate on the most important and shared aspects of life.

Today in the Arab world, we are standing at a daunting crossroads: either we allow ourselves to be sucked into a maelstrom of exclusion and eradication, which would mean everyone at war with everyone else in a conflict after which, after years or decades, everyone would emerge a loser; or we remind ourselves of the terrible consequences of religious wars and adhere to the principle of peaceful co-existence and mutual concessions. 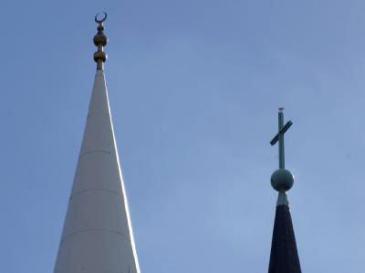 "Wherever different ethnic groups and religious communities live alongside one another, conflicts arise. But after every episode of bloodshed, people ultimately come to the realisation that everyone must find an acceptable formula for co-existence," writes Khaled Hroub

Choosing the wrong path threatens to lead us into interminable religious and ethnic conflicts: IS eradicates the Christians, Sunni and Shia Muslims continue their incessant battles, Arabs wage war against Kurds, Sunnis against Alawites, Druzes against Sunnis and Christians – not to mention the Zionist racism that seeks annihilation and is fuelling an Islamic-Jewish conflict in the region, thereby devaluing centuries of peaceful co-existence between Jews and Muslims from Morocco to Bahrain via Palestine, Iraq and Syria.

For me, one ray of light among the reactions to IS crimes against Christians and Muslims in Iraq was an article by a Christian Palestinian that has frequently been tagged on social networks. Several sentences of this essay deserve to be quoted, because they encapsulate how religion and rites have been dealt with in the region in the past, namely in a manner that has bolstered brotherliness and unprejudiced co-existence, instead of turning them into a source for reciprocal killing.

The call of the muezzin from the church tower

In his article, which amounts to an urgent appeal, Jamal Salsa asks: "Should I then dig up my Arab roots and leave my homeland, just because my Christianity has an Arab-Islamic flavour? I will not do that. And what about the Covenant of the Caliph Umar, dear Muslims? Or Muthanna bin Hartha ash-Shaibani, the Christian general in the Sasanid Empire, who broke away from the Byzantines and instead joined the army of Saad bin Abi Waqqas to take part in the Muslim conquests? How am I supposed to delete the Arabic poems of an Amr ibn Kulthum from my memory? How am I supposed to extinguish the legacy of my forefathers inside me? How am I supposed to forget my city, in whose alleyways I spent my childhood, where my school friends lived, with whom I later became politicised by Arab nationalism, to put up a common front against occupation and colonialism?"

He continues: "Has our patriotism of this era already been forgotten? What about the time when the Turks stole the Arab town of Iskenderun under the flag of Islam, when Muslims and Christians in Damascus held vociferous demonstrations against this move? At the time, they set out from the churches of Damascus after the Turks had closed all mosques so as to prevent all protest against the annexation of Iskenderun. At the time, all churches became mosques, the Muslim imam conducted his Friday prayers at a Christian altar, and the muezzin issued his call to prayer from the church tower! Why do you close your eyes to this story? Why do you not hear the voice of Arabness that calls out from the depths of history?"

Home
Print
Newsletter
More on this topic
Israeli-Palestinian relations: Dialogue in a time of conflictIsraeli–Palestinian dialogue in Germany: It is possible to work togetherInterreligious dialogue in Morocco: Peaceful co-existence between divine religions
Related Topics
Dialogue of Religions, History of the Near and Middle East, 'Islamic State' | IS, Jihadism | Jihadists, Minorities in the Muslim world, Places of Dialogue
All Topics

Beyond the latest crisis with Iran, current U.S. Middle East policy is nothing if not chaotic. Many fear that the Trumpian approach could irreparably damage future U.S. ... END_OF_DOCUMENT_TOKEN_TO_BE_REPLACED

Contemporary artist Mona Hatoum is one of those figures whose presence in western capitals stimulates much attention and critical writing, while her exhibitions in Arab cities ... END_OF_DOCUMENT_TOKEN_TO_BE_REPLACED

Wall, fences and checkpoints have become a way of life in the West Bank. But now innovative start-ups are using digital means to overcome borders and connect people across the ... END_OF_DOCUMENT_TOKEN_TO_BE_REPLACED

In her latest novel, "The Book of Disappearance", Palestinian author Ibtisam Azem strikes a nerve with a fantastical tale that simultaneously fascinates and moves the reader, ... END_OF_DOCUMENT_TOKEN_TO_BE_REPLACED

In terms of policy, this election has little else to offer. Social issues, the economy and the conflict with the Palestinians are not dominant themes; it’s a question of power. By ... END_OF_DOCUMENT_TOKEN_TO_BE_REPLACED

Comments for this article: Reviving a heritage of peaceful co-existence

Unfortunately-the writer did not give any details about the land that this complex is going to be built upon. It is a land owned for centuries by a Christian family that the local council wanted to put its hand on.As a compromise they decided to build a mosque and church on it.
Real anti-ISIS approach will be proven when such complex will be built on Muslim land and not land stolen from Christians.