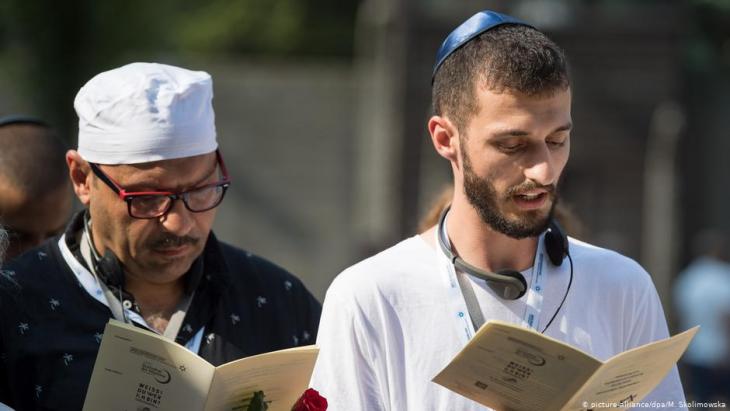 Few Muslims have to date visited the Auschwitz-Birkenau concentration camp memorial site. Now high-ranking representatives of Muslims and Jews are travelling together to the place of horror. It is a story of personal encounter. By Christoph Strack

In 2013, the leader of Berlin's Social Democratic parliamentary group, Raed Saleh, visited the Auschwitz-Birkenau memorial site with a group of pupils.

The fact that Saleh, who was born in the West Bank and came to Germany as a 5-year-old, made his way to the site of a former Nazi concentration and extermination camp garnered national attention. At the time, he was Germany's most prominent Muslim to ever visit the site where Nazis murdered more than 1.1 million people, most of them Jews, during the Holocaust.

"There was this pupil called Mustafa, a really big guy, standing in front of a vast pile of children's shoes," said Saleh, recalling the visit to bloc 5 of Auschwitz-Birkenau camp. "Each pair had once belonged to a child obviously, and suddenly I noticed how this realisation did something to Mustafa." The lawmaker says the pupils in his group had "diverse, multi-religious backgrounds" in Berlin and that "anti-Semitism among young Muslims is not uncommon."

According to the director of the Auschwitz memorial site, Piotr Cywinski, more than 2.3 million people visited in 2019. Yet he said among these "were only a handful of people from Arab world." Last year, the museum's ticket reservation system registered some 3,200 guests from Arab-majority countries. 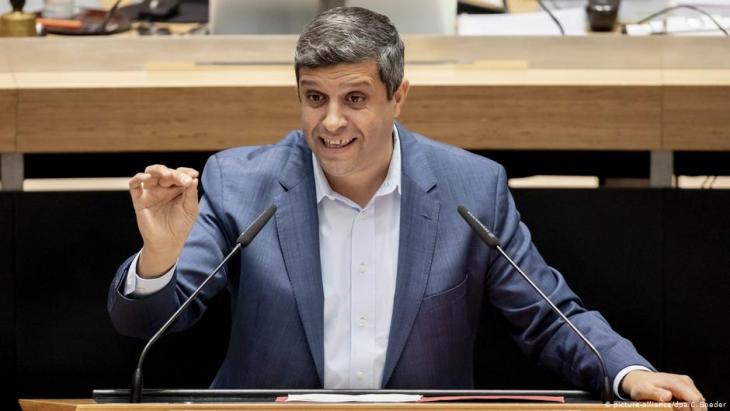 Role model: the fact that the SPD politician Raed Saleh made his way to Auschwitz caused a nationwide sensation. He later made it a topic in his autobiography. At the time, he was the most prominent Muslim from Germany to visit the place that became a symbol of the suffering of Jews in the Holocaust

The religious affiliation of visitors is not, however, recorded. Cywinski said the site also receives Muslims among groups of French, Norwegian, German and other visitors. He is "certain that for all of them, coming to an authentically preserved site of a former camp is an important personal and universal experience."

On Thursday 23 January, the memorial site will be visited by the most senior Muslim figure to date: Sheikh Mohammed al-Issa, the secretary general of the Muslim World League, who represents over a billion Muslims worldwide. Al-Issa, who previously served as Saudi justice minister, will make his way to the former camp with David Harris, the director of the American Jewish Committee (AJC). This joint visit by a high-ranking 54-year-old Islamic scholar and a 70-year-old descendant of Holocaust survivors is nothing short of remarkable.

"Shook humanity to the core"

The joint visit to Auschwitz has a two-year history, which began long before the barbaric murder of the Saudi journalist Khashoggi in Istanbul and subsequent efforts by the Saudis to restore their reputation. It began with a letter that does not fit at all with the widespread Muslim hatred of Jews and the omission of the Shoah from the school curricula of many Arab countries.

Some two years ago, al-Issa sent a letter to the United States Holocaust Memorial Museum in Washington, in which he expressed "great sympathy with the victims of the Holocaust, an incident that shook humanity to the core." He underlined that "true Islam is against these crimes" and that "we consider any denial of the Holocaust or minimising of its effect a crime to distort history and an insult to the dignity of those innocent souls who have perished." 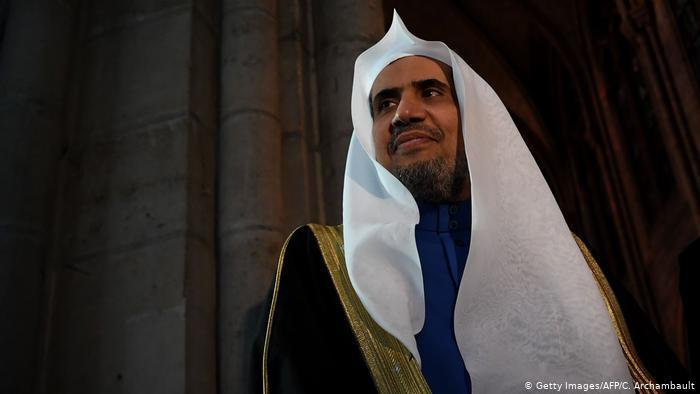 General Secretary of the Muslim World League Sheikh Mohammad Al-Issa is to visit the former Nazi extermination camp Auschwitz on 23 January together with representatives of the American Jewish Committee (AJC). This is the first time that a high-ranking representative of an international Islamic organisation will visit the memorial site. The delegation of the Muslim World League will also include ZMD General Secretary Abdel-Samad El-Yazidi

In May 2018 he visited the museum, "I saw for myself the mountains of evidence – the videos, the photos, the placards, the interviews, the memorabilia – that testify to the historic truth of the Holocaust. One doesn't have to go to the museum to recognise the enormity of the Holocaust – but no one who does come to the museum can deny it." He went on to "urge all Muslims to learn the history of the Holocaust, to visit memorials and museums to this horrific event." And he quoted Elie Wiesel's appeal that "For the dead and the living, we must bear witness," as well as the Koran, which states: "O you who believe! Stand out firmly for justice, as witnesses to Allah."

Al-Issa described all this in an op-ed in The Washington Post on 25 January 2019, just prior to the anniversary of the liberation of Auschwitz. He himself recounted how, after sending his letter to Holocaust museum director Sara Bloomfield, he received a "flood" of messages from Muslim religious scholars endorsing the views that he expressed.

Award-winning poet Dincer Gucyeter’s debut novel is a tour de force through the German reality he experienced as an artist and son of Turkish immigrants, written with an unsparing ... END_OF_DOCUMENT_TOKEN_TO_BE_REPLACED

Sudanese protesters have been calling for the removal of German diplomat Volker Perthes from the UN mission to the country. Despite the fractious nature of post-dictatorship ... END_OF_DOCUMENT_TOKEN_TO_BE_REPLACED

We are in favour of human rights. But One Love armbands are self-righteous and ignore some fundamental issues. Stefan Buchen examines the debate surrounding the World Cup in Qatar END_OF_DOCUMENT_TOKEN_TO_BE_REPLACED

Education for girls and women is still possible in Afghanistan, says Reinhard Eroes of the Kinderhilfe Afghanistan initiative. In interview with Elisa Rheinheimer, he talks about ... END_OF_DOCUMENT_TOKEN_TO_BE_REPLACED

In Doha, Arabs from Morocco, Tunisia, Egypt and Algeria are gathering to celebrate the first ever FIFA World Cup to be held on Arab soil. The criticism from Europe? Over the top, ... END_OF_DOCUMENT_TOKEN_TO_BE_REPLACED

Canan Topcu came from Turkey to Germany as a child. In her essay, she describes how bothered she was by the racism she encountered in her country of origin when she travelled ... END_OF_DOCUMENT_TOKEN_TO_BE_REPLACED
Author:
Christoph Strack
Date:
Mail:
Send via mail

END_OF_DOCUMENT_TOKEN_TO_BE_REPLACED
Social media
and networks
Subscribe to our
newsletter