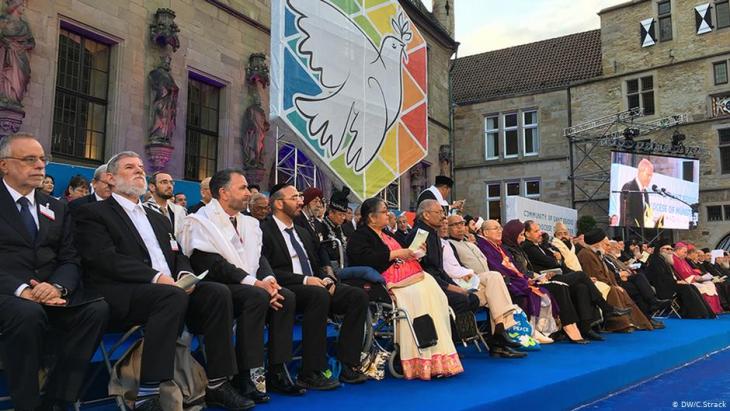 This August nine hundred representatives from 17 religions will attend a major conference in Lindau on Lake Constance. The goals: foster dialogue and promote peace initiatives. By Christoph Strack

It is still only a small model, about twenty centimetres high. In a good two months, however, the "Ring for Peace", a 7.5 metre high timber sculpture – made of wood from different regions of the world – will find a permanent home in a park in Lindau on the shores of Lake Constance.

From 20 to 23 August, the southern German town will host probably the most important meeting of leading religious representatives in the world this year. Organisers expect 900 participants from 17 religions and more than 100 countries to attend the tenth world assembly of "Religions for Peace". The New York-based non-governmental organisation was founded in 1961. Now its World Assembly, which takes place every five to six years, is coming to Germany for the first time.

Religious leaders from Israel and Iran

The city, said Ulrich Schneider, managing director of the foundation responsible for hosting the World Assembly, has an "international, yet decentralised location" due to its proximity to Austria and Switzerland. Both are important to the organisers. Located "far from every centre of government and bishop's seat", Lindau offers the chance to exchange views on some highly controversial topics. 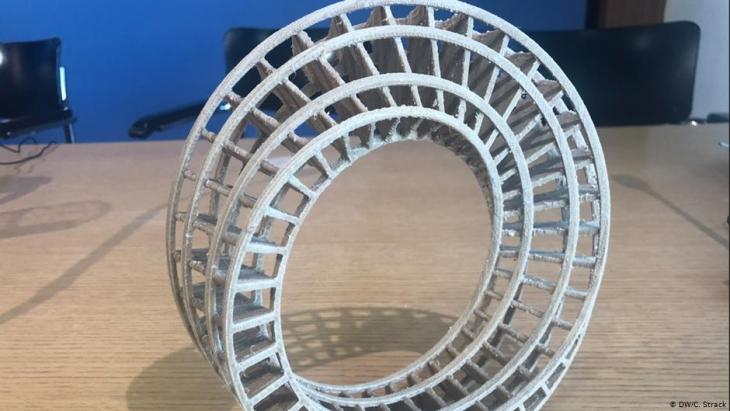 A lasting symbol of religious coexistence: in two months time, the "Ring for Peace", a 7.5 metre high timber sculpture – made of wood from different regions of the world – will find a permanent home in Luitpoldpark in Lindau on the shores of Lake Constance

"Religions for Peace" is therefore expecting religious representatives from Russia and the Ukraine, Iran and Israel, Myanmar and Bangladesh to attend. If talks arise between representatives of these regions, they will be facilitated in Lindau on a small scale, away from public scrutiny.

The official title of the event, "Caring for our common future" raises questions as to the socio-political role and responsibility of world religions. Some years ago, the German Foreign Office created an independent department entitled "Responsibility of Religions for Peace". Moreover there is a growing trend in international politics to involve religious leaders as interlocutors.

The dual role of religion

After all, religion can be both a blessing and a curse. "In many conflicts, religion is part of the problem, but it can also be part of conflict resolution," said Norwegian Gunnar Stalsett, former Lutheran bishop and now Honorary President of the World Council of Religions for Peace. Thatʹs why it is so important to support those willing to engage in dialogue from the different religions and encourage them to speak out in their own civil societies.

William F. Vendley, outgoing "Religions for Peace" Secretary General, cited recent examples in which the organisation has successfully ensured that representatives have stood together across religious divides in bloody conflicts. This has been true, for example, in Bosnia, where the various religions have spoken with one voice on fundamental issues, in Sierra Leone or in Myanmar.

At the same time Vendley also mentioned regions in which "Religions for Peace" had failed. This applied to Syria and Iraq. And the Secretary General stressed our modern worldwide interconnectedness: "The common good is increasingly global. In the long term we are all no safer than the most insecure among us". 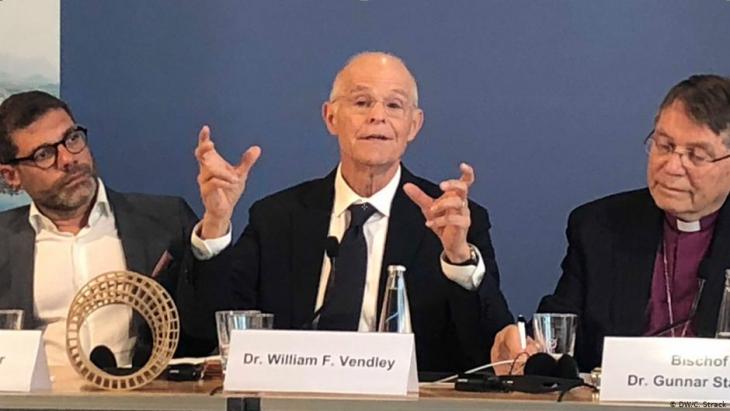 William F. Vendley, outgoing "Religions for Peace" Secretary General, cited recent examples in which the organisation has successfully ensured that representatives have stood together across religious divides. He also stressed our modern worldwide interconnectedness: "The common good is increasingly global. In the long term we are all no safer than the most insecure among us"

Lindau will differ from previous World Assemblies in a number of respects. For example, quotas introduced for the first time for women and for younger participants will lead to a departure from a caste of older men. Religion worldwide is "predominantly male", said Ulrich Schneider.

Thatʹs why it is important "to ensure that the number of women among the delegates with equal say exceeds a certain threshold. And that discussions during the Assembly are not dominated by the same male circles." One focus in Lindau will be the role of women in peace processes. One of the main podia to discuss the situation in the Middle East and North Africa will comprise solely of prominent female delegates.

Ulrich Schneider explained that further steps are in the pipeline to involve the local population in Lindau. The Christian churches in the area have planned a "long table of religions" at which delegates and interested people can meet and discuss issues.

Delegates will also have the opportunity of taking part in various different religious celebrations at locations around the town. And then there is the ring, which will take up permanent residency in Lindauʹs Luitpoldpark as a lasting symbol of religious coexistence. Germanyʹs President Frank-Walter Steinmeier is set to attend the opening of the World Assembly and the unveiling of the sculpture.

Few Muslims have to date visited the Auschwitz-Birkenau concentration camp memorial site. Now high-ranking representatives of Muslims and Jews are travelling together to the place ... END_OF_DOCUMENT_TOKEN_TO_BE_REPLACED

The terror attacks in Paris, Brussels and Berlin were all carried out by men radicalised in jail. In Germany, politics and the judiciary are trying out new approaches to prevent ... END_OF_DOCUMENT_TOKEN_TO_BE_REPLACED

Elke Muller is fighting for her daughter Anna, who fell in love with a young Afghan and converted to Islam. The mother spoke to Esther Felden about feeling alienated and her fear ... END_OF_DOCUMENT_TOKEN_TO_BE_REPLACED

As historian Wiiliam Dalrymple writes in his essay, scholars are only now beginning to realise the extent to which the Mughal emperors adopted what most would assume to be ... END_OF_DOCUMENT_TOKEN_TO_BE_REPLACED

Comments for this article: World Assembly of Religions comes to Lindau

A PEACEFUL WORLD FOR THE WORLD CITIZENS

Jesus is teaching us in the Gospel that blessed are peace builders for they will be called the sons and daughters of the heavenly father. Every believer has to work for reconciliation