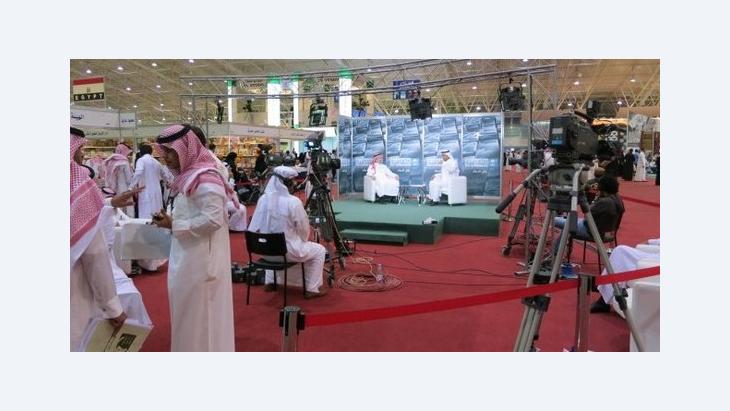 Just two years ago, the Riyadh Book Fair was derided for its presentation of harmless publications on cookery and faith. At this year's show, publishers showcased books exploring the challenges posed to the host nation by the Arab Spring. Ulrike Freitag with impressions from the trade event

An Iraqi Shiite author, dressed as a British gentleman, strolls between the book stands. The previous evening, he presented a new book. His works criticise religious fanaticism and refer to the rational roots of Islam. He is stopped by fans at every turn. They ask him questions or praise his work.

The only unusual aspect of this scene is that it occurs in the Saudi capital Riyadh, a place were Shiites are generally regarded as a potential threat, and the official doctrine is strictly Sunni.

The Riyadh International Book Fair takes place every year in March – a cultural highlight on an otherwise rather dreary Saudi cultural calendar. The Saudi domestic political scene has been similarly monotone over the past year: While other Arabs tried their hand at rebellion with a variety of outcomes, Internet activists were unable to initiate a protest movement in Saudi Arabia. 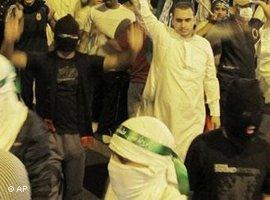 In Saudi Arabia change is achieved by reform, not revolution. Public protests as this one on 10 March are sternly suppressed

​​The government reacted by banning demonstrations as "un-Islamic", and deploying troops in a show of force. Apart from isolated incidents and small Shiite demonstrations in the Eastern Province, the country remained calm. The King announced in parallel far-reaching social and residential construction programmes as well as the establishment of a new anti-corruption authority. These were measures aimed at placating the young in particular.

The book fair takes place in a large exhibition centre on the outskirts of the city. Groups of school children attend mainly in the mornings, there are many women and families in evidence throughout the day, and most of the evening visitors are men.

This year, for the first time, there were no separate visiting times for men and families. This is still unusual in Saudi Arabia: Despite the gradual relaxation of laws segregating the sexes most men and women study at separate campuses, use separate bank counters and should, if at all, only appear in public together as part of a mixed family group.

All visitors are subjected to stringent security checks. Personal cameras are banned, while inside improvised television studios film interviews with writers. Camera teams and journalists document the more than one million visitors thronging the book stands or hurrying to the debates during the ten-day event.

There's a real spirit of optimism. Many publications produced abroad on the Arab Spring turn out to be big sellers. As well as initial studies of the protest movements, there is also a variety of propaganda from Islamist groups especially following the election success of religious parties in Tunisia and Egypt. 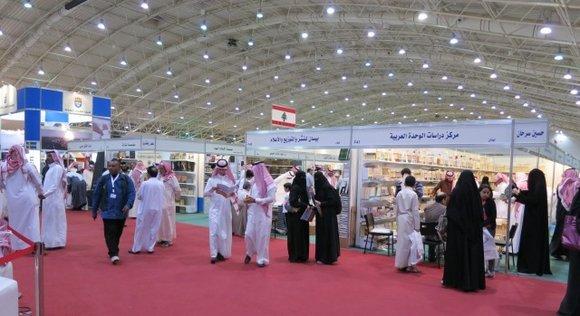 "Liberal flagship event for Saudi Arabia": Apart from the notorious propaganda from Islamist groups, publications on the Arab Spring turn out to be big sellers at the Riyadh book fair

​​In a surprise development this year, many publishing houses showcased books on the challenges posed by the Arab Spring on the host nation. Their stands were besieged by clusters of people. In one example, the author of the book "The Arab Earthquake! Saudi Arabia and the Gulf" expressed his loyalty to the King in principle. Under recourse to petitions that called for a constitutional monarchy, he did however stress the urgent need for political change.

Other writers focused on the conflict between various religious and liberal strands over the content and forms of this change. There were also critical studies, for example on the impact of urban development on society.

Just two years ago, the book fair was derided for its presentation of harmless publications on cookery and faith. A poll of the supposed readership of such books this year showed that women were looking for socially critical novels that increasingly dare to break taboos, and that they bought studies on social and political issues. Only then did they turn to religious self-help books in search of guidance in their increasingly complicated daily lives.

Women watched lectures from the balcony, which maintained the segregation of the sexes. But they also got the opportunity to take to the podium and speak. Subjects included the role of social networks in the shaping of public opinion, and the relationship between good governance and civil society.

Last year, the minister for culture came under attack from self-appointed, mostly young public moral guardians over the sale of liberal and critical literature. In February 2012, they attacked security forces at the "Janadriyyah" culture festival held shortly before the book fair, to protest against music and dance performances. After clear public warning Islamic groups this year responded with a mere call to boycott the book fair; there were no further attempts at disruption. 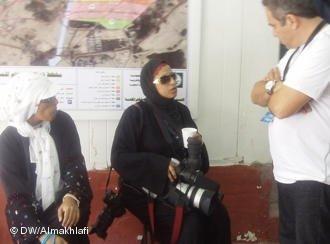 A rare sight: a female photo journalist talks to an unrelated man in the city of Mecca. In Saudia Arabia the laws segregating the sexes are relaxing, but still in place

​​This conflict enhanced the image of the otherwise oft-vilified religious police. They adhered to rules issued in advance of the event, which stated that undesirable publications were not to be confiscated. Complaints against such works could be lodged at the Ministry for Culture, and several books were banned in this manner during the course of the fair.

More foreign publishers than in previous years offered books that are otherwise not available in Saudi Arabia, although some censorship did occur before the event itself. For political reasons, Syrian sellers were not even invited to attend.

Last March, there was a sense of insecurity in Saudi Arabia. Now, writers and journalists were openly addressing social and political problems. This was also evident beyond the confines of the book fair. One example was a protest lasting several days by a women's university. The demonstrations were broken up, but the governor did receive a delegation of protesters.

These impressions cannot detract from the fact that the book fair is a liberal flagship event for Saudi Arabia. It embodies at best one of many trends within the monarchy, which continues to rule in an authoritarian manner. Few of those who want to see change believe this should be achieved by revolutionary means. On the contrary, many interpret events in Libya and Syria as a warning against taking radical steps.

There is agreement over the necessity to fight corruption and achieve a fairer distribution of oil wealth. Many would also like to see broader popular participation in the political process. But nevertheless, the kind of social order hoped for remains heavily controversial.

But at least the debate over what kind of change should be aimed for and how is taking place beyond social networks: in the few salons that exist, alternative coffee houses and now, at the Riyadh book fair.

Ulrike Freitag has been Director of the Zentrum Moderner Orient in Berlin since 2002. She also holds a special professorship at the Institute of Islamic Studies at Berlin's Free University.

END_OF_DOCUMENT_TOKEN_TO_BE_REPLACED
Social media
and networks
Subscribe to our
newsletter