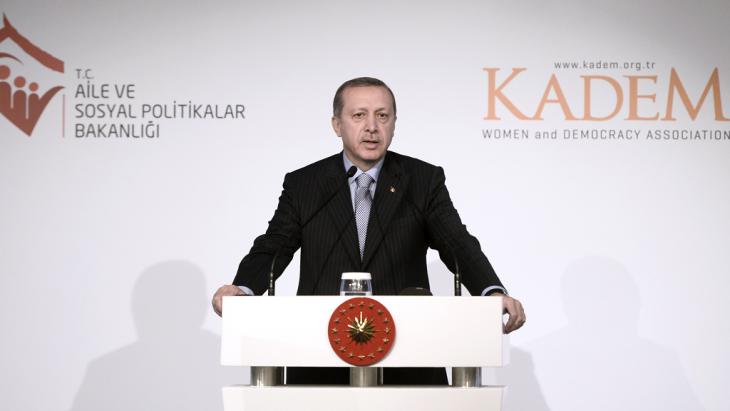 Turkey appears to be in the grip of a wave of xenophobia, according to the results of a recent survey by the US-based Pew Research Foundation. The findings come as the country has to cope with two conflicts on its borders and faces increasingly strained relations with key allies and neighbours. But as Dorian Jones reports from Istanbul, the findings could be part of a far deeper historical fear of the West

An old Turkish adage that goes "the only friend of a Turk is a Turk" could not be truer in the minds of many Turks, according to startling findings published by the Pew Research Foundation. The survey found that the majority of Turks dislike nearly everyone: along with the usual suspects (Israel and the United States), between 70 and 80 per cent said they did not look favourably on Iran, Russia, Saudi Arabia and even Brazil.

"It's part of this vast xenophobia that does not spare anyone," observes Cengiz Aktar, professor of International Relations at Istanbul Suleyman Sah University, wearily. "Jews, Christians, Arabs, Farsi, anybody who is not Turk, all are considered an alien, if not an enemy."

The Pew findings recorded a considerable surge in prejudice since last year's study. This surge coincides with Turkey's growing diplomatic isolation. With Ankara backing Syrian rebels in the raging civil war, diplomatic relations are either non-existent or severely strained with southern neighbours Syria, Iraq and Iran. Differences on strategy over the Syrian civil war and the battle against Islamic State have also strained ties with many of Ankara's Western partners, notably Washington. Relations with Egypt and Israel have also collapsed.

In the face of domestic and international criticism, the Turkish government has sought to sell the country's isolation as a virtue to its supporters. Says Professor Aktar: "the government is exacerbating this feeling of loneliness, and it works." Arguing that Turkey holds the international moral high ground despite its isolation, Ibrahim Kalin, President Recep Tayyip Erdogan's senior adviser and foreign policy guru, coined the phrase "a precious loneliness" in a bid to put a positive spin on what many in the country describe as a diplomatic debacle. 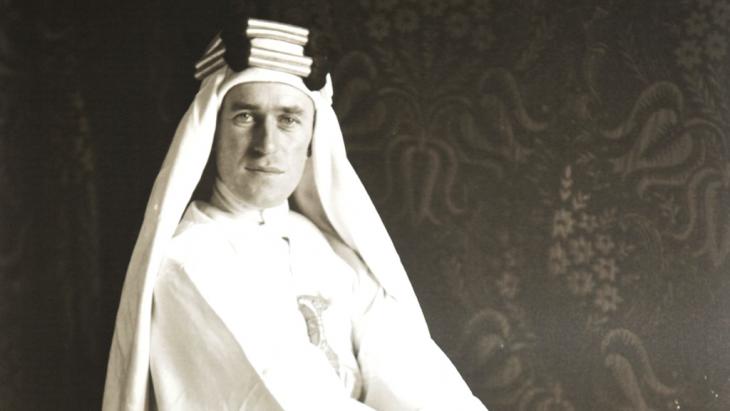 Turkish President Recep Tayyip Erdogan is stoking the feeling in Turkey that the country is surrounded by enemies and is the target of international conspiracies, even harking back one hundred years to T. E. Lawrence, known to many as Lawrence of Arabia (pictured here), to back up his theories: "There are new Lawrences, disguised as journalists, religious men, writers and terrorists… Each conflict in this region was designed a century ago," said Erdogan in October

President Erdogan went a step further, rekindling an historical bogeyman for Turks. British army officer T. E. Lawrence led an Arab revolt against the Ottoman Empire during World War I. "Lawrence was an English spy disguised as an Arab," said Erdogan in a widely televised address at a university in Istanbul in October. "There are new Lawrences, disguised as journalists, religious men, writers and terrorists… Each conflict in this region was designed a century ago."

The legacy of Lawrence of Arabia, which was immortalised in a 1960s' Hollywood film, lives on to this day, with British spies blamed by Turks and their leaders for many of the country's ills. The saying "under every stone can be found an English spy" remains popular to this day. Semih Idiz, diplomatic columnist with the "Taraf" newspaper, argues that World War I and the demise of the Ottoman Empire are key to understanding the Turkish psyche.

"It harks back to the First World War, when the perception was that everyone was out to destroy the Ottoman Empire and get rid of the Turks, especially the West, but not exclusively the West, given that the Arabs co-operated with the West during the war, so the xenophobia has a complex historical, psychological and social background to it, and the latest research shows it's not getting better, it's getting worse."

Throughout the last century, Turkish children were taught that Turkey is only surrounded by sea and enemies. The same lessons explained the demise of the country's imperial past as a result of intrigue and plots by ungrateful and untrustworthy Armenian and Greek minorities, stirred up by Russian and English spies. But Istanbul University's Professor Nuray Mert claims that the suspicion of the West goes back beyond the Great War.

"Both Islamists and those coming from a right-wing tradition have these conspiratorial fears of the West. They see everything through this prism, When they fail, it is not because of their own mistakes but because of the enmity or hostility of foreign powers, and they start to recall scepticism stemming from conspiracies theories, that all the world is against Turkey, all the Western world is against Muslims, starting from the crusaders." 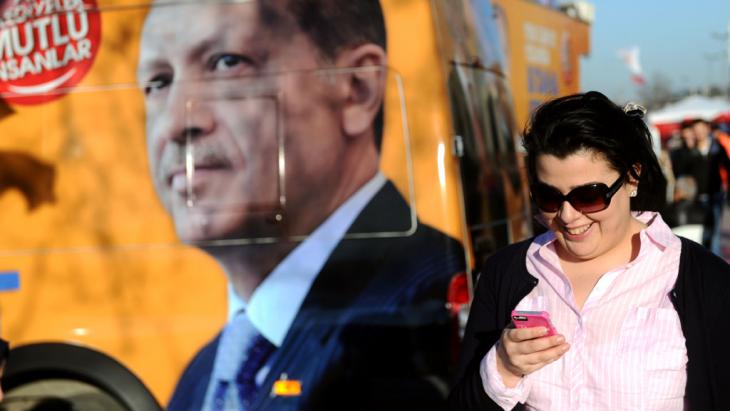 A Turkish woman in front of an image of President Erdogan. Obviously no longer solicitous of his reputation and standing at international level, Erdogan declared on Monday that women are not equal to men and accused feminists of not understanding the special status that Islam attributes to mothers during a speech to the Women and Democracy Association (KADEM) in Istanbul

Tricky foreigners playing tricks on straight-talking, trustworthy Turks is becoming a common narrative among the ruling Justice and Development Party (AKP) and their advocates in the powerful pro-government media. 2013's summer of anti-government protests centring on Istanbul's Gezi Park saw even Germany's Lufthansa being blamed. It was a grand conspiracy to stop Turkish Airlines challenging Germany's national air carrier, was the bizarre argument peddled by columnist Yigit Bulut, who is now a senior presidential adviser. Berlin thus joins Washington and London in the ranks of those conspiring against Ankara.

"No one in the West buys that there is an international conspiracy to overthrow the government," warns Kadri Gursel, diplomatic columnist with the newspaper "Milliyet", "it destroys his (Erdogan) reputation, his legacy, his reputation around the world; he is not aware of this. Maybe he can convince part of the electorate, but not the world."

But with increasingly controversial outbursts, Erdogan appears to be showing signs of having given up on his international standing among his Western allies. At an international conference on women's rights, Erdogan declared that gender equality was against nature. Pouring fuel on the fire, he accused feminists of opposing motherhood. The comments drew widespread international criticism.

The fact that many of the president's supporters continue to identify him with such criticism is only likely to add to the current siege mentality in Turkey. The growing alienation from the world in the minds of people in large sections of society is taking Turkey further down a dangerous road, warns Professor Mert: "We are already in the grip of deep authoritarianism, and this conspiracy mentality and all these xenophobic conspiracy theories, this kind of inwardness, promises more authoritarianism, and this is a risk for Turkey."

World-famous Iranian film director Jafar Panahi has been incarcerated for several months, even though Iran's Supreme Court overturned the verdict against him. Now, he has gone on ... END_OF_DOCUMENT_TOKEN_TO_BE_REPLACED

Short movies nominated for an Oscar often don't get wide public attention. But when one is about an Iranian girl seeking freedom from male domination by taking off her veil, ... END_OF_DOCUMENT_TOKEN_TO_BE_REPLACED

Young women are driving forward the protests against the Iranian regime, which have been going on for months. Literature provides clues as to why that should be, and why the ... END_OF_DOCUMENT_TOKEN_TO_BE_REPLACED

Visiting the country of her parents, murdered by the Iranian regime in 1998, German-Iranian artist Parastou Forouhar finds a changed society: hopeful, strong and courageous, ... END_OF_DOCUMENT_TOKEN_TO_BE_REPLACED

Ballet performances are prohibited in Iran. In her film "1001 Nights Apart", director Sarvnaz Alambeigi documents the history of dance in the Islamic Republic. By Fahimeh Farsaie END_OF_DOCUMENT_TOKEN_TO_BE_REPLACED

Iran's president Ebrahim Raisi is overseeing an unyielding crackdown. The current situation grimly echoes his role in a purge of political prisoners in 1988 END_OF_DOCUMENT_TOKEN_TO_BE_REPLACED

Comments for this article: Turkey alone against the world

I think author of this article is already blind & far from understanding what middle easterners are feeling now & what happened last year in Turkey. Firstly it is not only Turkey, feeling disappointed about West, but any moderate Syrian rebel or muslim brotherhood member who believed in democracy & Western values & support. West did not take any single risk in either Egypt or Syria when capable. They traded oil & money for democracy and human rights. They have no standart. They can easily ignore 3000 killed in Egypt in one single day yet criticize Erdogan for wording. Currently in middle east hundres are dying on daily bases. US drones who are chasing terrorists are murdering civilians, childrens more than the number of terrorist they chase. Israel occupying more and more lands, going in a apartheid. Last year, a religious group in Turkey who are suspected of under US/Israel control (i.e. supporting obviously US & Israel interests over Turkish/Muslim interests) whose members are spread among Turkish government instutions tried to overthrow government. It was so obvious that, indictment contained wording "ex-prime minister of that time" for Erdogan while he is in active duty. Sound recordings for most secret governmental meetings published. Some police members stopped & arrested intelligence officers & trucks (Is this normal, do you come across this in West?). Those religious groups media threated to change government, prison all people who are in cooperation with government (businessman, non-governmental organization), so on. We also withnessed deep interest of Western media in Gezi protests (live stream for 24 hour) but ignorant on proptests in Germany or US (Ferguson). There are more things to tell. But when you sum up all, it is not conspiracy theory but a reality. In fact West is more worried about Turkey then Turkey is about West. We see symptoms of trying not miss the grasp.

END_OF_DOCUMENT_TOKEN_TO_BE_REPLACED
Social media
and networks
Subscribe to our
newsletter