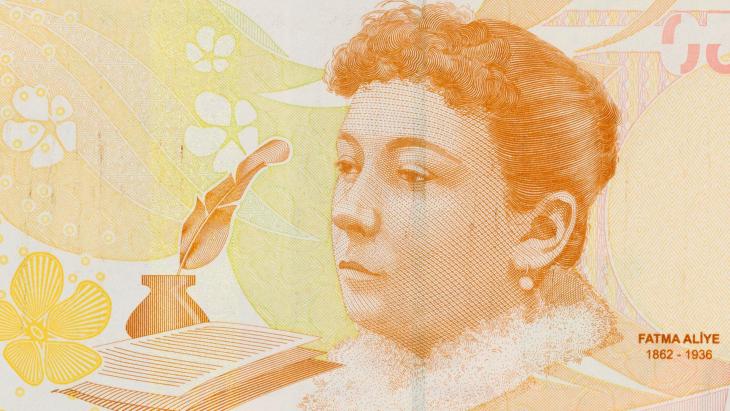 The fight for women's rights around the world continues. Fatma Aliye, Turkey's first female novelist and a pioneer of women's rights in the Ottoman Empire, is a figure who deserves greater recognition. By Canan Topcu

When Turkey's central bank announced that, as of 2009, Fatma Aliye would be depicted on the new 50 lira banknote, there were protests. Some said that the writer was not well-known enough, others saw the choice as a further step in fundamentalist infiltration by the ruling AKP party.

On the other hand, all those acquainted with Fatma Aliye's significance beyond political trench warfare were pleased: namely, as the first Turkish female author and the leading representative of the women's rights movement at the close of the Ottoman Empire.

Fatma Aliye was a remarkable woman, as all her biographers point out. She stands out in the history of the Ottoman Empire in many ways: she was the first female translator, columnist, writer, philosopher and the first female member of an aid organisation.

The daughter of a high-ranking politician and scientist, Fatma Aliye was born in Istanbul in 1862. She grew up in an upper middle-class home and received her schooling from a private tutor. Her father was very supportive of his daughter's talents, realising early on that she was not only very inquisitive and gifted in languages, but also very clever.

Fatma Aliye learned Arabic and French, devoted herself to scientific and philosophical questions and concerned herself with the place of Muslim women in Ottoman society. She found: the Koran could not be used to justify the status of women; it was the men who were robbing women of their freedom with their interpretations.

What feminist literary scholars in particular emphasise: Fatma Aliye was the first Turkish author to address and, above all, criticise the male-female relationship in Muslim society in her works. 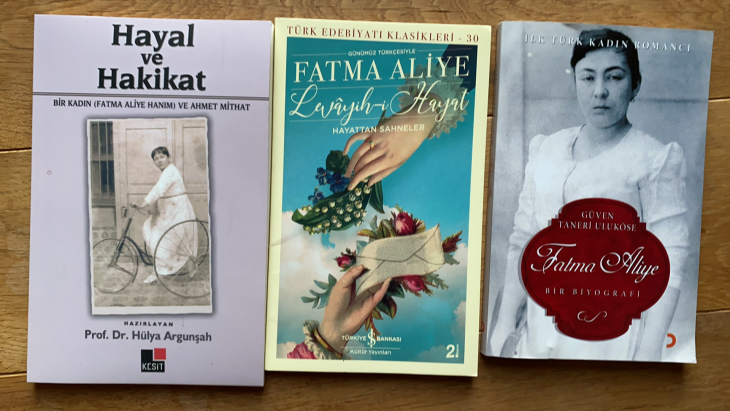 The first of her kind: Fatma Aliye was Turkey's first female translator, columnist, writer, philosopher and the first female member of an aid organisation

In order to be able to classify Fatma Aliye as a champion of women's rights, however, she must be evaluated in the context of her time. In the Ottoman Empire, which was coming to an end, there were two camps: the traditionalists and the "innovators". The latter oriented themselves towards the West and the "European lifestyle". Fatma Aliye was a child of Ottoman upper middle-class society and stood up for women's rights, but without wanting to break completely with tradition.

At the age of 17, Fatma Aliye was married to a man almost ten years her senior, but intellectually inferior to her. Because he forbade her to read and tore up her books, she secretly devoted herself to her passion. But she also took a strategic approach to her marriage, finally winning her freedom and being able to devote herself to literature. She published her first work – the translation of a novel from French – anonymously. She signed it "A Woman".

Five novels in just under 20 years

She came to the attention of the renowned writer Ahmet Mithat Efendi, who soon became her mentor. She wrote "Hayal ve Hakikat – Dream and Reality" with him, once again concealing her authorship when it was published – however, she did not do so for any of her subsequent books and articles.

Fatma Aliye wrote regularly for "Kadinlara mahsus gazete" – the newspaper for women, which appeared without interruption from 1895 to 1908; she published five novels and several essays, including one on Muslim women in 1892, with which she wanted to give travellers from Europe insights into the life of Muslim women in the Ottoman Empire. The book was translated into French and Arabic.

Fatma Aliye's first novel published under her own name appeared in 1892 and her last novel almost 20 years later, in 1910.

In her books, she criticises polygamy, compares arranged marriages with love marriages, describes the renunciation of women and repeatedly sends the message that education is important for a woman so that she can live an economically independent and self-determined life.

One of the essays written by Fatma Aliye is "Osmanlida Kadin: Cariyelik, Cokeslilik, Moda", literally 'Women among the Ottoman: on concubinage, polygamy, fashion'.  In this book she describes the life of women in the Ottoman Empire – with the intention of correcting the ideas of travellers from Europe.

At the World's Fair in Chicago in 1893, her works were included in the catalogue of women's literature.

Fatma Aliye died in 1936. In the two decades leading up to her death, she lived an impoverished and reclusive life. This pioneer of women's rights fell – very unjustly – into obscurity. Today, few people in Turkey know who the woman is on the 50 lira bank note.

The USA and NATO plan to withdraw from Afghanistan by September. The operation is risky, the outcome uncertain. Many Afghans fear civil war. The quake on the Hindu Kush will also ... END_OF_DOCUMENT_TOKEN_TO_BE_REPLACED

The neo-Ottomanism propagated by Erdogan has long been more than rhetoric and symbolic politics. This can be seen from recent developments in parts of northern Syria, where Turkey ... END_OF_DOCUMENT_TOKEN_TO_BE_REPLACED

Televised Turkish dramas are all the rage in the Middle East. A young Ottoman TV Empire has been expanding its soft power by harnessing regional dialects, Arabic names and viewers ... END_OF_DOCUMENT_TOKEN_TO_BE_REPLACED

Researchers agree that climate change alone cannot be blamed for the outbreak of war in Syria in 2011. However, neither can it be ignored as a reason this once blossoming country ... END_OF_DOCUMENT_TOKEN_TO_BE_REPLACED

The Sufi Trail is a long-distance hiking route from Istanbul to Konya that seeks to revive the ancient tracks used by foot pilgrims on their way to Mecca. Marian Brehmer spoke to ... END_OF_DOCUMENT_TOKEN_TO_BE_REPLACED
Author:
Canan Topçu
Date:
Mail:
Send via mail

END_OF_DOCUMENT_TOKEN_TO_BE_REPLACED
Social media
and networks
Subscribe to our
newsletter