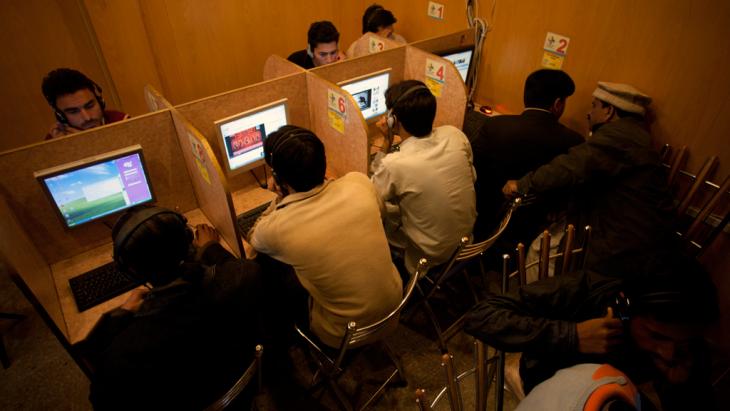 The government in Pakistan is extending its system of Internet censorship and surveillance. But Pakistani Internet activists are resolute in their defence of freedom of information in the face of state interference and are receiving support from international human rights initiatives. By Marcus Michaelsen

Even in a moment of triumph, Shahzad Ahmad does not forget the daunting tasks that still lie ahead of him. As director of the Pakistani organisation Bytes for All, he has for years been a tireless advocate of freedom of expression and information on the Internet. In March, he was awarded by the international network Index on Censorship for his work.

"Censorship, surveillance, curbs on expression and invasion of privacy in the digital spaces is rampant in my country now," declared Ahmad in his acceptance speech. "We see it as our role to educate and raise awareness among people of their digital rights. We have to continue to provide the knowledge and language that can empower everyone to participate in this dialogue."

The next key date for Bytes for All will be 13 May, when it will appear in court in a case against the government. The organisation filed a lawsuit in response to the on-going ban on YouTube that has been in place for more than 18 months. When an anti-Islamic film widely available on the video portal triggered angry protests in September 2012, access to YouTube was completely blocked for users in Pakistan.

Shahzad Ahmad remains confident. Even though the current Pakistani Minister for Information Technology has ignored three summonses by the court, after the last hearing, the judge ordered the Pakistan Telecommunication Authority to resolve the situation. The human rights commission in the Pakistani senate has also pointed to the senselessness of a complete ban on YouTube.

Many users simply circumvent the ban with the help of anti-filter software. Videos have also been circulated on alternative sharing platforms. In addition, Google, which also features YouTube among its services, was ordered by a court in California last February to remove the controversial film from its portal because one of the actresses in it had filed a suit against the further distribution of the film. Nevertheless, the site remains blocked in Pakistan.

"This again proves our point that the blocking of YouTube has other political motives and is part of the government's information control strategy and curbing political expression, and this film is only an excuse for continuing the ban," says Ahmad.

In fact, the ban on YouTube is only one brick in the rapidly growing wall of state control over the Internet. In April last year, Bytes for All and the research group Citizen Lab from the University of Toronto provided evidence that the programme Netsweeper was being employed in Pakistan. The Canadian-produced software can selectively filter and block Internet content on the basis of certain categories. Netsweeper is also used in a number of Gulf states. In particular, the Pakistani government is blocking all content that it deems anti-religious or that could pose a threat to national security.

Bytes for All is also strongly opposed to the use of a spyware product that Citizen Lab discovered installed on a central node of the Pakistani network. The programme FinFisher, which is manufactured by the British Gamma Group, infiltrates computers in order to siphon off data and to record e-mails and Skype conversations. According to Citizen Lab, Pakistan is one of 36 countries worldwide where this technology is deployed.

Authoritarian regimes use FinFisher to monitor activists and political opponents. In February 2013, a number of human rights organisations, including Privacy International and Reporters without Borders, filed a complaint against the Gamma Group with the OECD. The aim is to ensure greater control over the use of European technology by undemocratic governments. 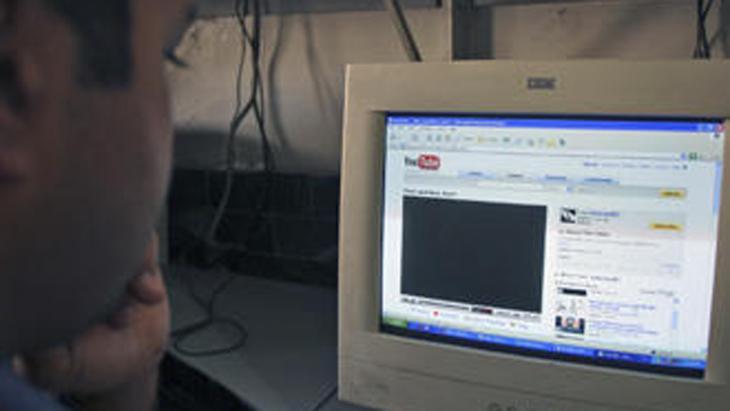 "When an anti-Islamic film widely available on the video portal triggered angry protests in September 2012, access to YouTube was completely blocked for users in Pakistan," writes Marcus Michaelsen

Proponents of freedom of speech in Pakistan have also criticised a draft law on computer-related crime currently being proposed by the government. The draft employs in part vague definitions, which would allow increased scope for state interference and access to information and would limit the private sphere of Internet users. Over and above these proposals, there are hardly any provisions for controlling data surveillance by the intelligence services. This has become a matter of great concern among critics, especially in the wake of revelations concerning the monitoring practices of the American and British security services.

The extent to which freedom of information in Pakistan has become fragile is also demonstrated by the constant attacks on critical journalists in the country. They frequently get caught in the firing line between the security services and militant extremists. Just recently, the well-known television journalist Hamid Mir was seriously injured in an attack. He had been covering a story on the taboo topic of Balochistan. Journalists have extremely limited access to the province, where the army and local separatists are locked in a complex conflict. Even information about the conflict on the Internet is strictly filtered.

Links between the security apparatus and Islamists

The shadowy links between the security apparatus and religious extremists are also a factor that makes the struggle against Internet censorship so complex. Bytes for All and its fellow campaigners are, therefore, fighting not only the government but also Islamic groups, which brand network activists as Western agents and quickly incite protests against what they see as "blasphemy" on the Internet. At the same time, these groups themselves use digital media to spread their radical viewpoints.

This is why training in digital security and campaigns for fairness on the Internet are among Bytes for All's most important activities. Shahzad Ahmad is convinced that the defence of freedom of opinion on the Internet is essential for a tolerant and moderate Pakistan. "The sad reality is that the days of free and open Internet in Pakistan are already numbered and we need to fight back as best as possible to defend our constitutional rights."

Calls for a free Kashmir are becoming louder on both sides of the divided region. Can the German reunification model be applied to the India- and Pakistan-ruled Kashmirs? And what ... END_OF_DOCUMENT_TOKEN_TO_BE_REPLACED

Indiaʹs constitution prohibits discrimination on the basis of religion, but the government of Prime Minister Narendra Modi does not care. Run by Hindu-supremacists, it is ... END_OF_DOCUMENT_TOKEN_TO_BE_REPLACED

Using a combination of poetry and narrative, Pakistani poet Yusra Amjad talks about her compatriots' perception of the institution of marriage. END_OF_DOCUMENT_TOKEN_TO_BE_REPLACED

Abu Dhabi and Riyadh see a natural partnership with Modi’s government, a co-operation that could change the dynamics of the South Asian-Gulf nexus. By Jean-Loup Samaan END_OF_DOCUMENT_TOKEN_TO_BE_REPLACED

To many the name of Pakistan calls up images of Islamic extremism, religious intolerance, state corruption and the long years of terror. It’s probably safe to say that single malt ... END_OF_DOCUMENT_TOKEN_TO_BE_REPLACED