Strong Impact on the Lives of Believers

Religious fatwas have "invaded" the lives of Muslim men and women through various media outlets with the internet in the lead. Fidel Sbeiti reports

Religious fatwas have "invaded" the lives of Muslim men and women through various media outlets with the internet in the lead. Fidel Sbeiti reports 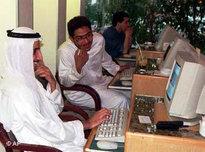 ​​No religious inquiry is too mundane as to not be considered for a fatwa, i.e. a religious ruling. Fatwas encompass every aspect of the daily life of Muslims; they are a multi-faceted and complex phenomenon. For instance, many sites offer divergent opinions often pending on the specific denomination that controls the outlet.

Internet fatwas are strongly welcomed by all Muslims who seek to lead their lives in accordance to the "path of the founding believers". Fatwas often have an inordinate effect on the lives of Muslims who live in both the Islamic world and in Europe and the United States.

Covering every aspect of life

The parameters oscillate between the personal effort by the individual in applying the fatwa on himself or herself and his family first and foremost or the application of the fatwa by a large body on the society as a whole.

Fatwas cover every aspect of life and are often followed to the letter. The extensive range covers areas such as marital relations, raising children, sex, cooking, choosing clothes and many other daily details.

Millions of fatwas issued through thousands of specialized internet sites signal the strong endorsement of the position of the mufti, or the issuer of the fatwa, who assumes the ultimate authority in the lives of those who seek the fatwas.

The primary consumers of these fatwas are Muslims who have little or no access to communication with religious groups in the countries they reside in, for instance due to prohibition placed on gender mingling. These are the ones who submit their queries to receive a virtual fatwa in lieu to actually going out and seeking a religious figure.

Those who seek a fatwa often do it with a sense of urgency and insistence as if the seeker of the fatwa cannot perform that particular act he is requesting a pronouncement on except after receiving the response.

In many cases those who request the fatwas are anxious and troubled: is it permissible to take photos of women through a cell phone, or is coeducation permissible in schools, or is a woman permitted to ride a car alone a male driver even if they are not in a legal relationship like marriage or consanguinity?

The fatwas on all Islamic internet sites can be divided into groups by theme and content, as well as by the gender of the persons requesting the fatwas. One can find these topics indexed according to the areas of life: tools and instruments, ideas, dreams, religious practices, greetings, driving a car, entering the bathroom, sexual positions, verbal communication, etc. Here are some examples of fatwas randomly selected from some of these cites…

"I am married to two women, both of whom I love very much. The atmosphere between all of us is dominated by love, thank God. I am writing to ask if it were possible according to Islamic law to have sex with both of them at the same time if they both request it. I admit that I have done that and am very pleased with the situation as are my wives. What does Islamic shari'a have to say to that?" The fatwa in this case prohibits the practice reasoning that a woman is not allowed to see the private parts of another woman.

"I live in a country far from where my wife lives and we communicate via the internet and sometimes, due to my inability to suppress my huge sexual desires, I ask my wife to take off her hijab. At times I want to see her completely naked and I told her that it was my right as the husband to request that but she is adamant in her refusal. Please guide me in whether my request contains any shade of prohibition?"

The fatwa, according to the opinion of the mufti, prohibits this request because the act would only inflame his desires even more.

"I am an upright Muslim woman, and thank God for that, and despite that I love songs very much. I try my best not to hear them and I do not watch the television channels that broadcast the songs. The problem is that my whole family listens to songs and are not convinced that they are prohibited; they sometimes even watch them on television and place the tape deck in the kitchen or in other rooms. Is there any sin incumbent on me by being exposed to this? The problem is that the only time for me to see my father is at night when he gets back from work when he inserts a music tape and it is difficult for me to sit with him. Am I guilty? Or must I stay away from my family and sit in my room far from the songs?"

The mufti gives her the advice that she should be steadfast in barricading herself in her room and not to mingle with her family since music is of the devil.

Islam in Indonesia
Fatwas against Religious Liberalism
Eleven new religious decrees have sparked off animated debates among the Indonesian public over the past few weeks. Moderate Muslims and representatives of liberal Islamic organisations in particular have lodged appeals and are calling for a review. Bettina David reports

Muftias
Women Issuing Fatwas
Until recently, it was unthinkable that in Turkey women could be appointed as mufti. In India, however, this has been common practice for quite some time. Now, this innovation seems to have reached Turkish shores as well, as Dilek Zaptcioglu reports.

Radical Islamic Networks on the Internet
My Enemy's Enemy Is My Friend
Under the pretense of supporting the struggle for liberation in Iraq and the Palestinian territories, "solidarity groups" are spreading radical and inflammatory propaganda. Irmgard Pinn and Aiman Mazyek on the dangers of online extremism

END_OF_DOCUMENT_TOKEN_TO_BE_REPLACED
Social media
and networks
Subscribe to our
newsletter