Skip to main content
Interreligious Places of Pilgrimage in Lebanon

Places of Dialogue and Common Devotion

The Lebanese civil war ended twenty years ago, leaving in its wake a society deeply divided both politically and religiously. Yet, apart from the numerous official efforts to bring various sides closer together, a spontaneous dialogue with the old traditions has always taken place among believers. Details from Beirut by Mona Naggar 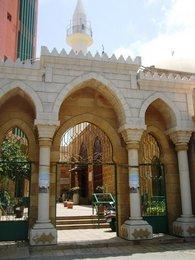 ​​ Awzai is a poor suburb in southern Beirut. The main street, lined on both sides by small trade shops, is covered in potholes. On the parallel street, not far from the sea, lies a tiny, inconspicuous mosque. Inside, in a small, carpeted room, visitors will find the grave of Abd al-Rahman al-Awzai (707-774). He made a name for himself as a legal scholar in the first half of the 8th century and established a legal school bearing his name. Beyond the metal grate surrounding the grave are strewn numerous banknotes, Lebanese lira, and American dollars.

For the past 20 years, Hisham Khalifa has been the imam and preacher at the al-Awzai Mosque. Even his predecessor was well aware that the final resting place of al-Awzai is not only visited by Muslims. "Many Christians come here as well," comments Khalifa. "Monks, church dignitaries, but also normal believers."

An Islamic advocate for Christians 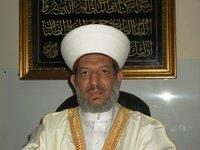 Imam Khalifa sees it as a sign of successful co-existence, when Muslims visit Christian sites and the other way around

​​ The imam sits in his air-conditioned office and explains the cross-religious popularity of Abd al-Rahman al-Awzai. An Abbasid ruler is supposed to have ordered revenge in retaliation for Christian resistance and planned to expel all Christians from Lebanon. Al-Awzai is said to have written a letter to the Caliph arguing on the basis of the Koran and Islamic law that the order was contrary to Islam.

The ruler admitted his error and withdrew the order. The story, transmitted from one generation to the next and firmly anchored in the collective memory of the Lebanese, lays the foundation stone for al-Awzai's role as an advocate for Christians.

Hisham Khalifa reports that even former Lebanese President Charles Helou, a Maronite Christian, visited the al-Awzai Mosque a number of times and made vows at the grave and left offerings of candles, oil, and money.

A cult lives on 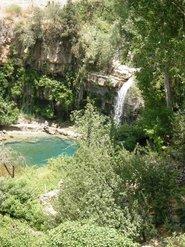 View of the Nahr Ibrahim Spring: During the Hellenistic period, this was the site of an Adonis cult, which celebrated death and rebirth

​​ A change of location. Around 40 km north of Beirut, high up in the Lebanon Mountains in the village of Afqa, lies the Nahr Ibrahim Spring. The river, also known as the Adonis River, has its source in the Afqa grotto. During the Hellenistic period, this was the site of an Adonis cult, which celebrated death and rebirth.

On the bank of the pool where the spring water is drawn, one can see a slight elevation with a large heap of old, stone blocks – the remains of a temple to Aphrodite. A small flight of stairs leads through the underbrush to a hollow. The wall houses a little cave covered with the leftover wax from many burnt-out candles.

Sahar, a young girl from Afqa, leads visitors to this almost inaccessible location. It is a shrine to the Holy Virgin, she says. People from her village as well as those from outlying villages make the pilgrimage here to be cured of illnesses. A visit to the Holy Virgin is supposed to be especially beneficial for those suffering from high fevers. Mostly Maronites and Shiites live around Afqa.

The reflection of a multi-religious society

There are 17 Islamic and Christian denominations officially recognized in Lebanon. Accordingly, there are numerous religious holy sites. Only a few, however, are frequented by the followers of all religions. The small cave in Afqa and the grave of Imam al-Awzai are among those holy places visited by both Christians and Muslims. 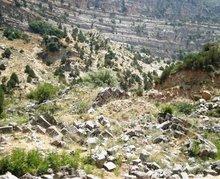 Multi-religious heritage: There are 17 Islamic and Christian denominations officially recognized in Lebanon. Pictured: the remains of a temple to Aphrodite

​​Nour Farra-Haddad has done research into interreligious places of pilgrimage in Lebanon. She figures that there are about thirty religious sites that are used in common by the members of different religious communities. Farra-Haddad conducted countless interviews with pilgrims to these locations, asking about their religious affiliations and motivations. According to the researcher, none of the faithful attempted to hide their religious identity. The devotion of saints by different religious groups was regarded as something normal.

In addition, the motives of Christian and Muslim visitors were identical. People came to pray to be healed from illnesses, for protection, help with love life, or success in exams at school or university, explains the anthropologist from Saint Joseph's University in Beirut. Pilgrims are prepared to leave behind money and offerings. The profile of a holy site depends on its "success" – namely to what extent the faithful believe their prayers have been answered.

Farra-Haddad has sorted these interreligious holy sites into a number of categories. There are places, such as the cave in Afqa, that has been regarded as a holy site for thousands of years. The tradition continues under the guise of different religious circumstances. The site retains its particular significance in the consciousness of believers. 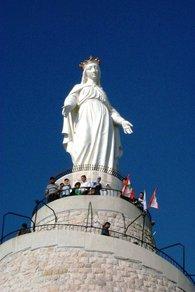 Many of the Christian holy sites dedicated to the Virgin Mary are also visited by Muslims. The most famous example is that of Harissa, a statue of Virgin Mary, known as Our Lady of Lebanon or Notre Dame du Liban

​​ Sites dedicated to religious figures and prophets mentioned and honoured in both Islam and Christianity, such as Moses, Noah, Umran, and Mary, are predestined to attract a mixed religious public. Many of the Christian holy sites dedicated to the Virgin Mary are also visited by Muslims. The most famous example is that of Harissa.

The gigantic white stone statue of Mary stands on a mountain next to an imposing cathedral. Both can be seen from the highway just outside of the coast city of Jounieh. Although Muslims and Christians have their own image of Mary and her significance, their behaviour at the holy site is quite similar.

Another category consists of the "national saints," such as Mar Charbal and the Holy Rifqa. In this case, the holy sites are devoted to Lebanese Christians supposedly responsible for miracle cures and named saints by the Catholic Church. They clearly belong to one denomination, but are nonetheless recognized in Lebanon far beyond their own religious community as being pious and godly people.

For Nour Farra-Haddad, these jointly used places of pilgrimage are living examples of an everyday, active dialogue. "We have suffered civil war and many Lebanese have had to live through painful experiences. These places attract people from various religious beliefs and different social backgrounds. They come to these sites out of the same needs – they search for help. At the same time, they make contact with each other and give each other advice. They share something together. This all leaves its marks."

The anthropologist calls this a horizontal and vertical dialogue, which should be taken just as seriously as the officially conducted dialogue at the academic and institutional level.

Hashim Khalifa, the imam of the al-Awzai Mosque, has strong reservations concerning the custom of using saints as advocates to God. Despite this, he sees it as a sign of successful co-existence, when Muslims visit Christian sites and the other way around. "A Muslim wouldn't go there if he was afraid or thought he would come to some harm. He is welcomed there with hospitality and finds a place of peace and tranquillity."

Religious Affiliation in Lebanon
Confessionalism as a Phase-out Model
Confessionalism, where religion is placed firmly at the centre of daily life, is seen as a fundamental obstacle to internal peace within Lebanon. A study by Anne Françoise Weber explores daily life and attitudes of Lebanese families in which more than one religious confession has been brought together. Martina Sabra presents its findings

Protests in Lebanon against Religious Influence
The Confessional System in the Dock
More than 3,000 Lebanese took part in a demonstration in Beirut last weekend against the influence of religion on politics, an influence that they believe represents a long-term threat to internal peace in Lebanon. Details from Birgit Kaspar

Interview with Fawwaz Traboulsi
A Collective History for Lebanon
Lebanon is characterized by complex confessional divisions. Now the Lebanese historian and political scientist Fawwaz Traboulsi wrote a collective and, unifying history book for all Lebanese. Mona Sarkis spoke with the author

Intercultural Center in Libanon
Dar Assalam – The House of Peace
Ten years ago a unique intercultural center was founded in the Lebanese Shuf Mountain. Individual travelers and groups are invited there to learn about the postwar realities of Lebanon or to learn Arabic. Martina Sabra introduces the center

END_OF_DOCUMENT_TOKEN_TO_BE_REPLACED
Social media
and networks
Subscribe to our
newsletter